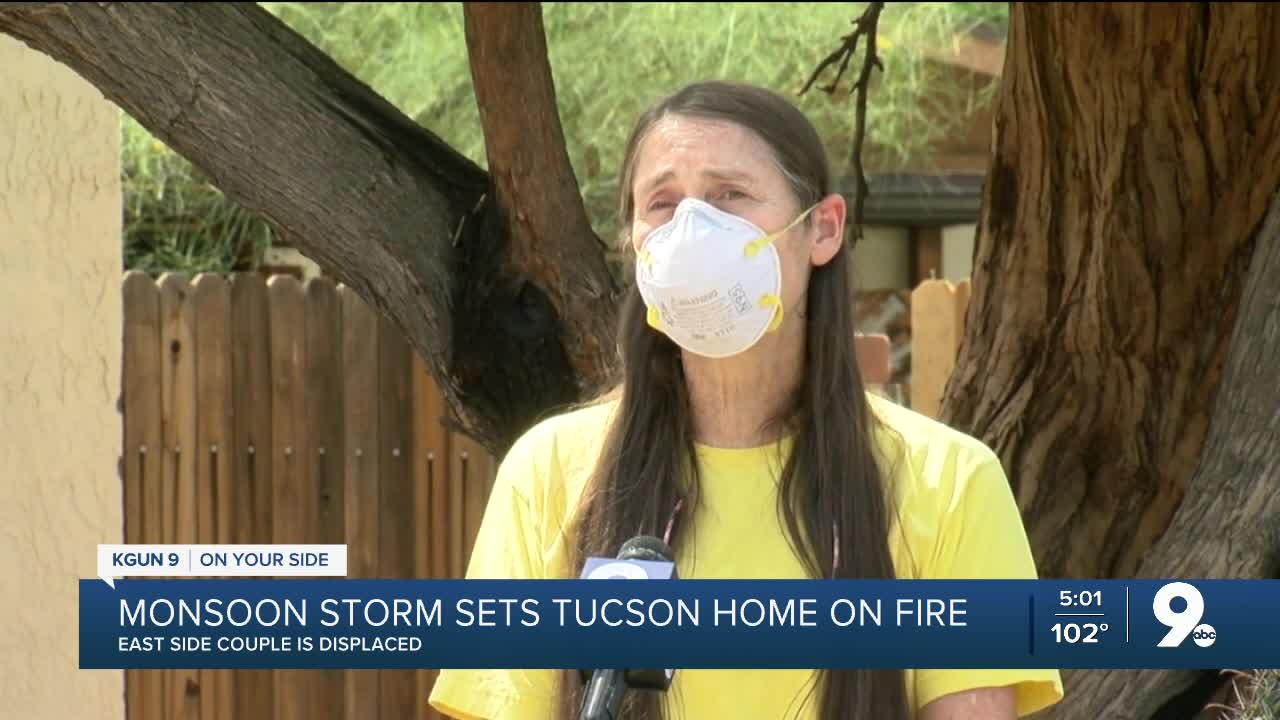 TUCSON, Ariz. — One east side neighborhood was cleaning up the shattered windows, tree branches, and fire damage left behind after Saturday night's storm.

The Tucson Fire Department fought the flames coming from one of those homes. Firefighters said it was sparked by lightning.

Jane Appleby and her husband own the home that was burning.

Jane noticed their house was on fire.

“We had the little fire in the living room, so that was just small and I put it out with a few cups of water and I didn’t realize we had a raging fire in the other room,” she explained.

Luckily, their neighbors were able to put out that fire. They said the scariest part for them was rescuing their cat.

“The house was full of smoke and my neighbors were trying to get me and my husband out of the house. We were trying to find the cat. We found the cat and rescued him,” said Jane.

Firefighters then arrived to finish the job.

“The fire department did a great job. I was expecting to see huge holes in the roof. There was just one hole. A triangle -- a foot by foot by foot," she explained.

Pieces of their home's fiberglass insulation now on the floor and ash covering their belongings were left behind in the home, where they raised their children. Their home was condemned, but they said neighbors have already offered them a place to stay.

The treehouse they planned to get rid of is now completely destroyed, but the memories over the years were luckily safe.

“The photos were just a foot away from the fire damage. These were the photos before it was digital. I'm an avid photo taker and I have all the kids growing up photos, said Jane.

The couple does not have an estimated price tag on the damage left behind, but they are working with their insurance.