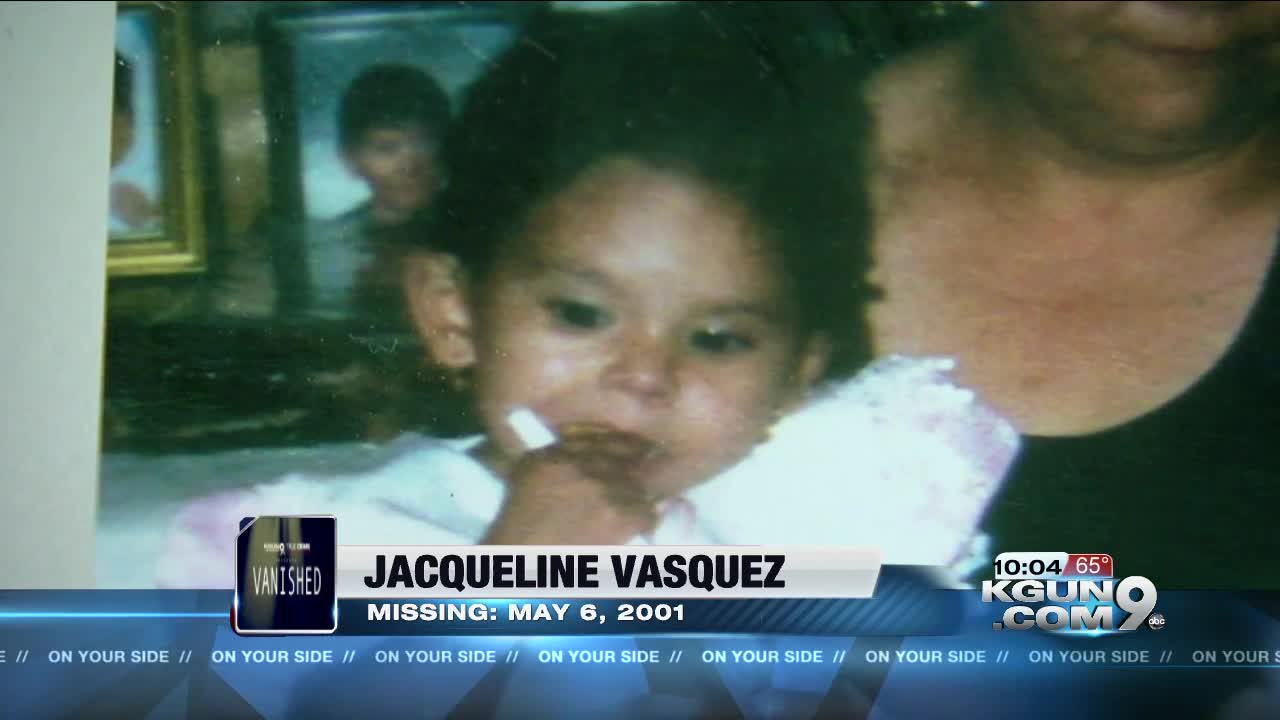 Nayeli Vasquez, 19, didn't get to grow up with her baby sister Jacqueline. 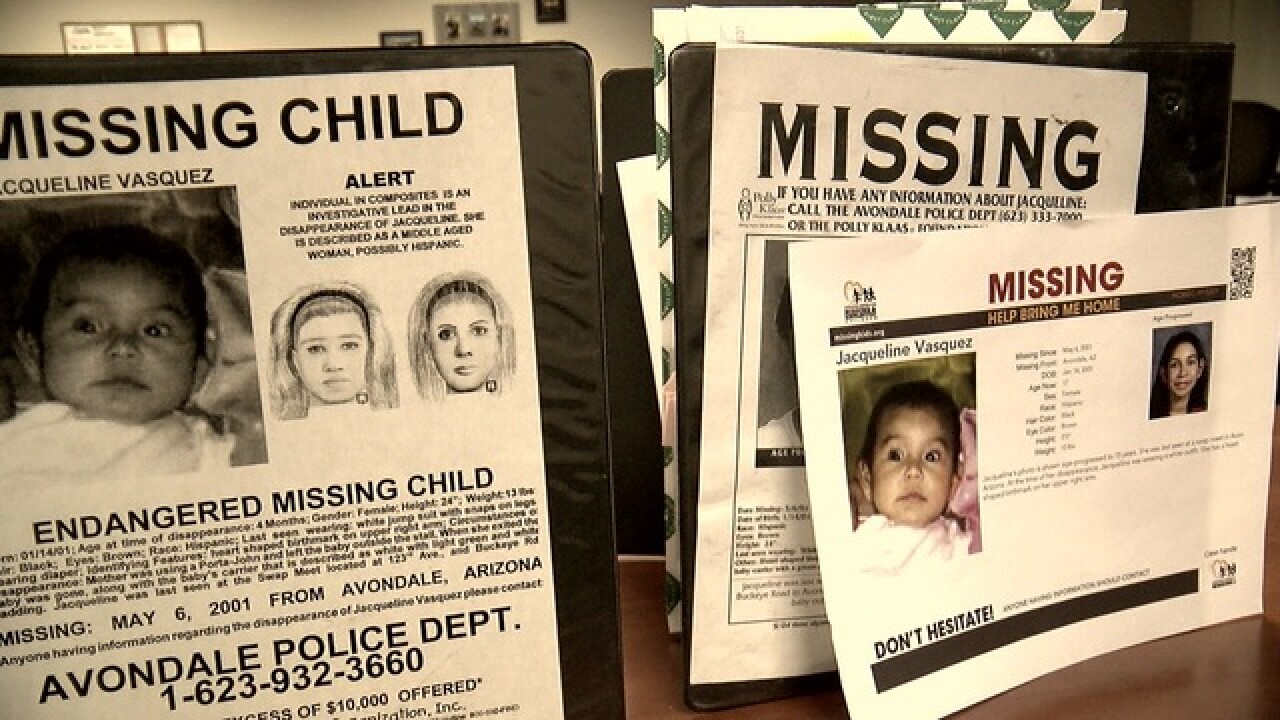 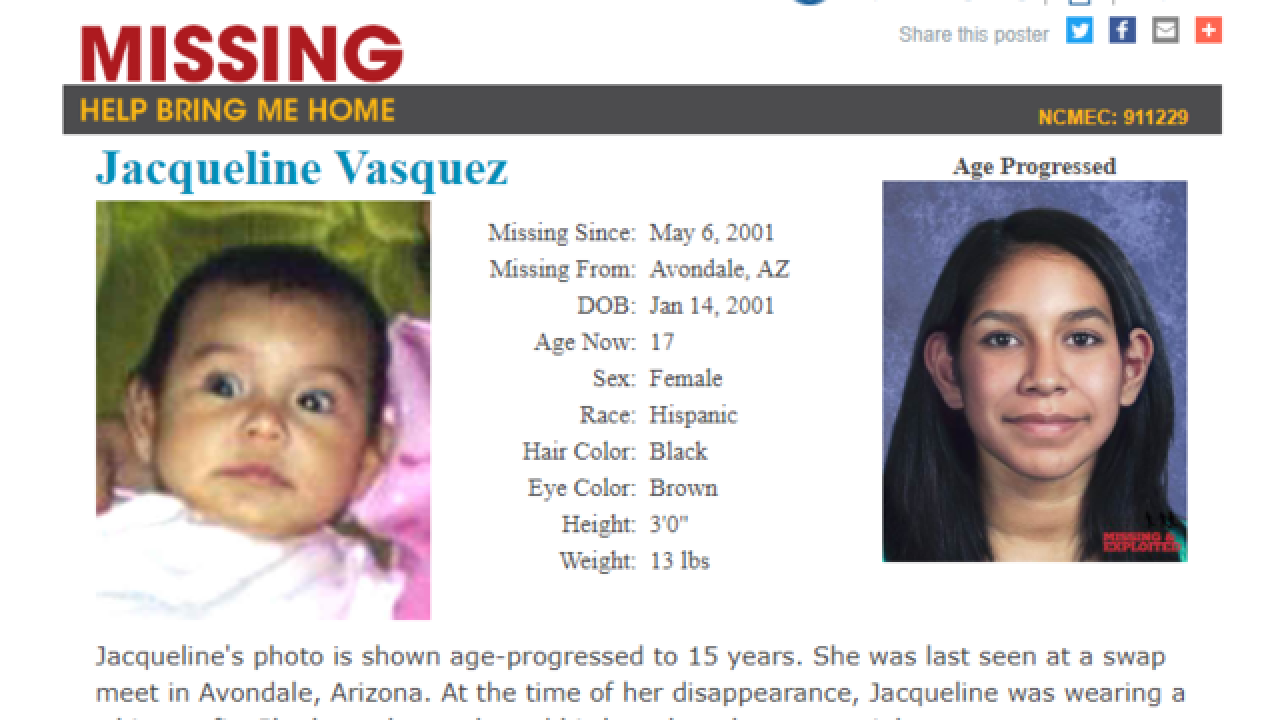 From high school graduation to the big dance, the sweet moments of life often turn bittersweet for 19-year-old Nayeli Vasquez.

Nayeli didn't get to grow up with her baby sister Jacqueline. She only got to see Jacqueline transform into a teenager through age progression photos.

Nayeli was 2 years old the day her sister went missing.

According to the Avondale Police Department, in May 2001 Nayeli's mother took the children to a swap meet.

Officer Ray Emmett with the Avondale Police Department says Nayeli's mother took her into a port-a-potty and left Jacqueline in a carrier just outside the door. Moments later -- the baby was gone. Jacqueline was three months old.

There was a massive search, Emmett says, but no real witnesses. Someone at the outdoor market noticed a woman hanging around the area and she made a remark about the children. Emmett says it was suspicious enough that they made a composite sketch of the woman, but 17 years later what happened to Jacqueline is still a mystery to investigators.

"Our thought is, or our hope is, that she's still out there today," Emmett said. "That maybe somebody that took her is raising her right now and she doesn't even know."

Hope is also a feeling Nayeli has clung to over the years. She often hears stories about missing girls reunited with loved ones -- like the three women held captive in Ohio.

Nayeli was born in Phoenix and grew up in parts of California and Yuma. She was hesitant to talk about her sister publicly for the first because it is still very painful for her family. However, she hopes she can be the one to bring Jacqueline home.