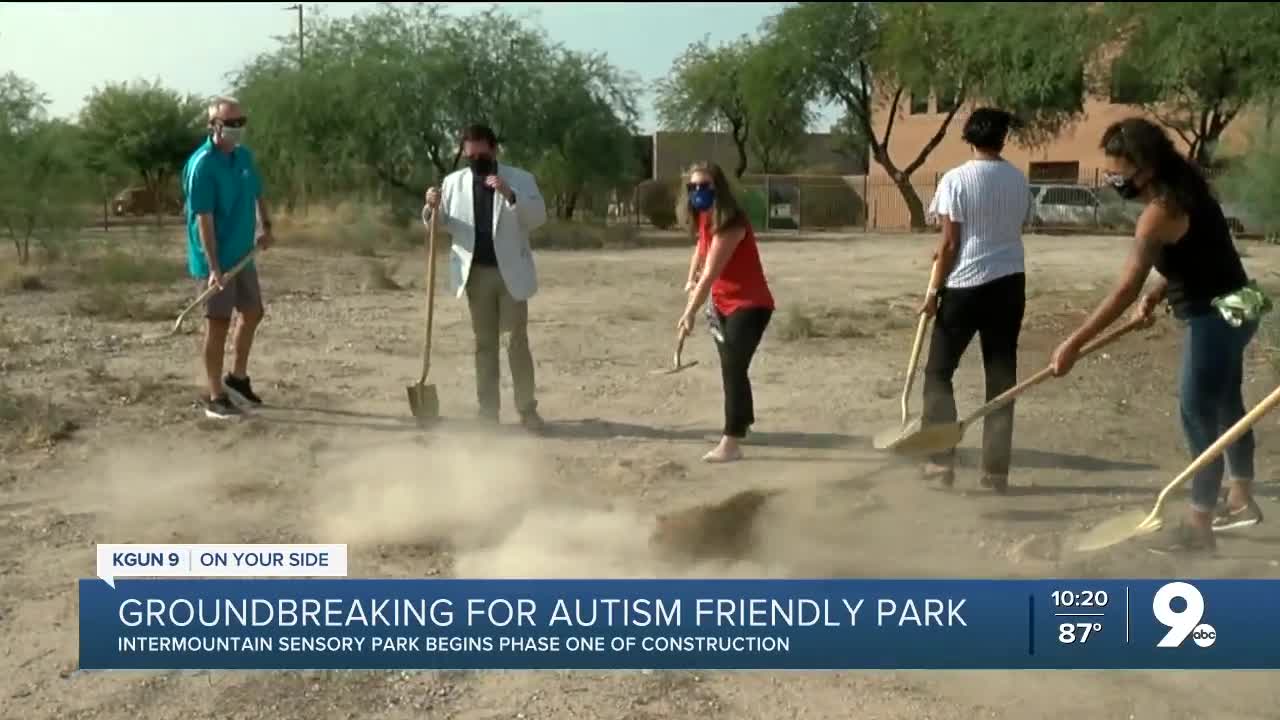 The groundbreaking took place at Intermountain Sensory Park, which is west of Interstate 10 south of Barrio Hollywood.

The park will include equipment that promotes socialization between the children -- such as an eight person teeter totter.

Another significant feature is activities that allow the kids to play using their hands, like a farm zone where they can plant seeds and harvest.

A member of Intermountain tells KGUN9 the park will fulfill a major need in the city.

Vice President for Development and Communications Paul O'Rourke said "There are about 5,000 kids throughout Tucson who are on the spectrum and they've got no place to go. So we thought this would be a great opportunity to satisfy that need."

The park will be built in phases as funds become available.

Intermountain Centers is asking for community support in seeing the park to completion. To make a donation, click here.