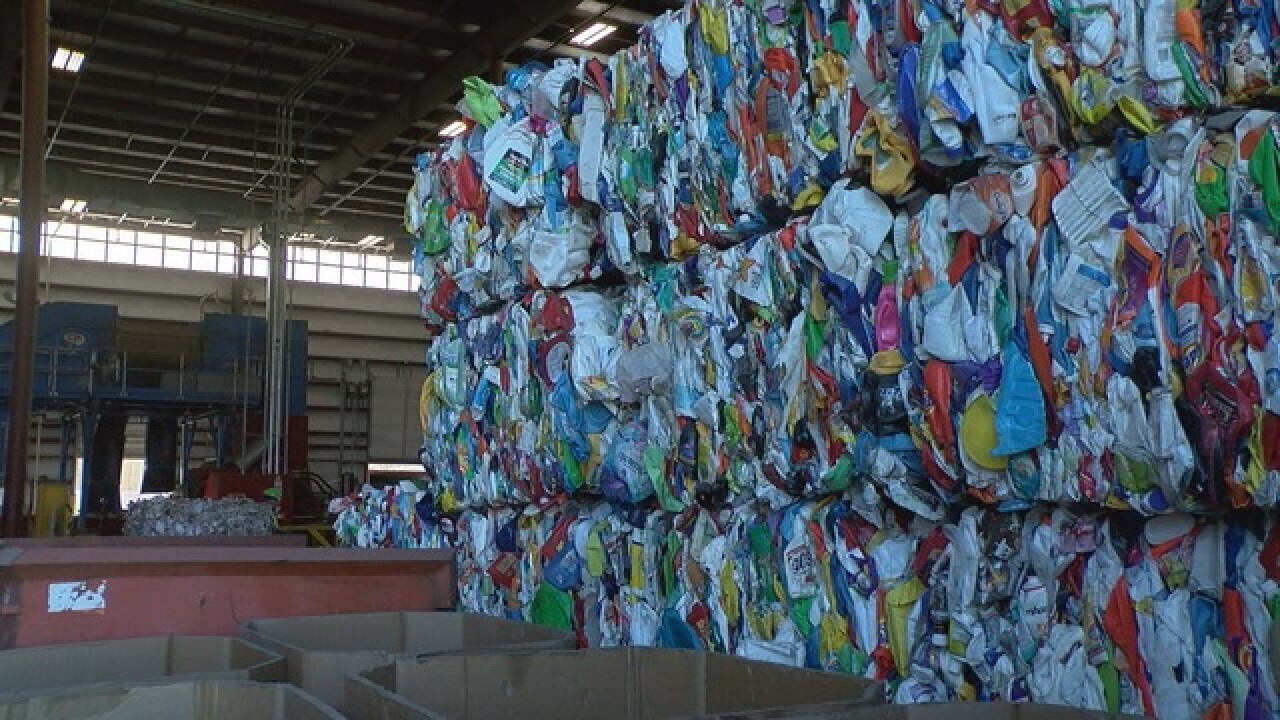 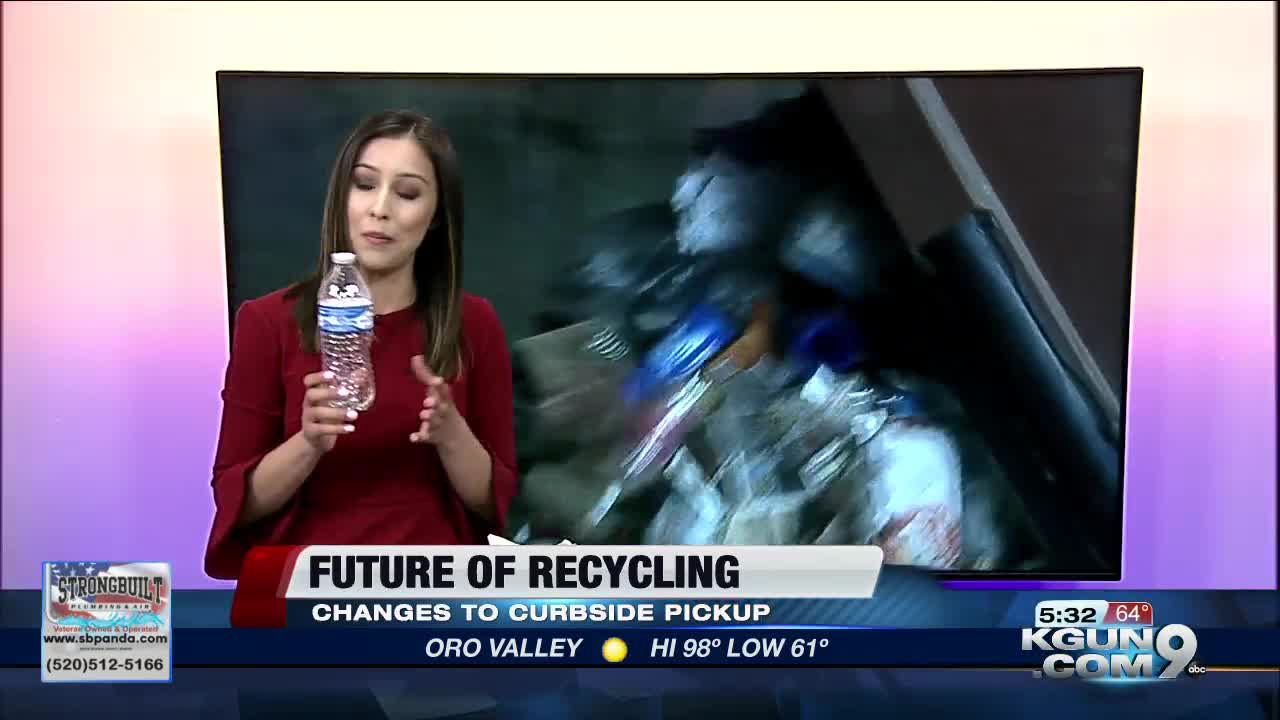 TUCSON, Ariz. - It's no mystery the recycling market is changing, so much so, the City of Tucson is planning on changing curbside recycling pickup form every week to every other week.

Last year, China stopped buying certain recyclables from the United States, including both paper and most plastics, leaving many recycling center scrambling to find new buyers.

"We're having to identify new buyers, new markets, both domestic and internationally", said Jake Anderson, the General Manager of Republic Services in Tucson.

However, this is only one contributing reasons the City of Tucson is planning on changing their recycling plan.

The second reason has more to do with what is being recycled.

Anderson said items like plastic water bottles are perfectly recyclable, but others, like plastic bags, often times cost his employees time and energy,

Items like hoses, also prime problems inside of recycling center, according to Anderson,

Anderson added, in the past recycling center were worried about people rinsing out containers they were recycling, but now they've turned their focus on the more egregious items that make it to the center.

So, when it comes to rising recycling costs, the lack of international buyers, and incorrectly recycling, how is the City of Tucson dealing with this all?

"One of the options on the table for them is going to every other week recycling," said Anderson.

If the city continues with this plan, it would save approximately $1.4 million dollars a year, most of those savings coming from vehicle operation costs, according to Cristina Polsgrove, with the City of Tucson's Environmental Services Department.

The only customers who would be impacted by the change are those who's recycling is picked up by the City of Tucson, within city limits, according to Polsgrove.

Customers who's recycling is picked up by Republic Services would continue to have their recycling picked up weekly, according to Anderson.

Polsgrove said the city has set a target date of September 30 for when they want to implement the changes, however that completely depends on whether they are able to figure out re-rpouting plans and provide enough outreach to customers by then.

As for what you can do to help the recycling mark, Anderson said, it's simple.

"Partner with whoever picks up your recycling," said Anderson.