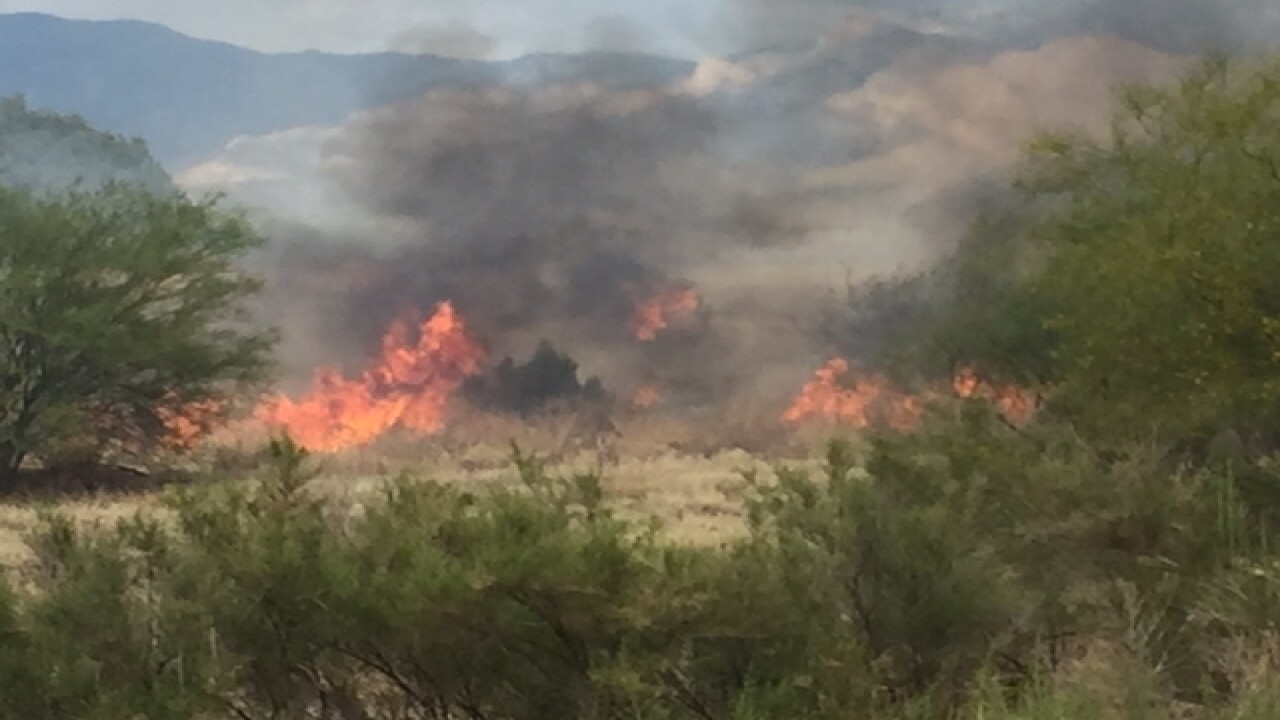 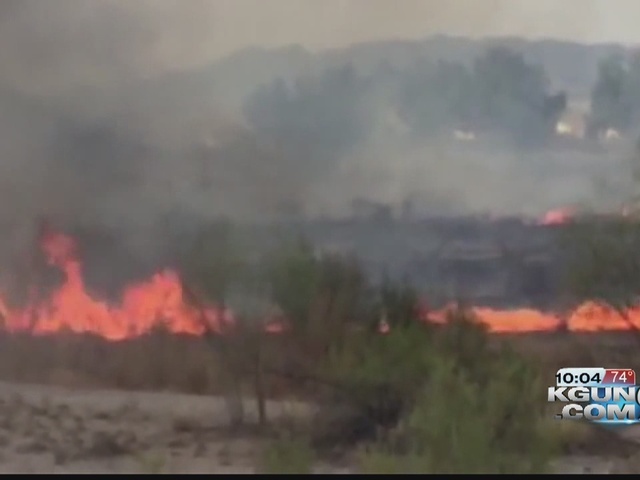 By: Ina Ronquillo
Posted at 4:34 PM, May 18, 2016
TUCSON (KGUN9-TV) - Crews with Northwest Fire District have controlled a brush fire burning in the Santa Cruz River just north of Cortaro Road.
Capt. Brian Keeley says the brush fire burned about half a mile, but they were able to control the fire before it reached the Cortaro bridge.
Keeley says the fire was find fueled, but remained contained because of the walls of the river.
Northwest Fire crews will remain on scene to monitor for hot spots. Heavy smoke will be visible for a while.
Scripps Only Content 2016