Border towns face lack of tourism and spending, but they play an essential role in international trade 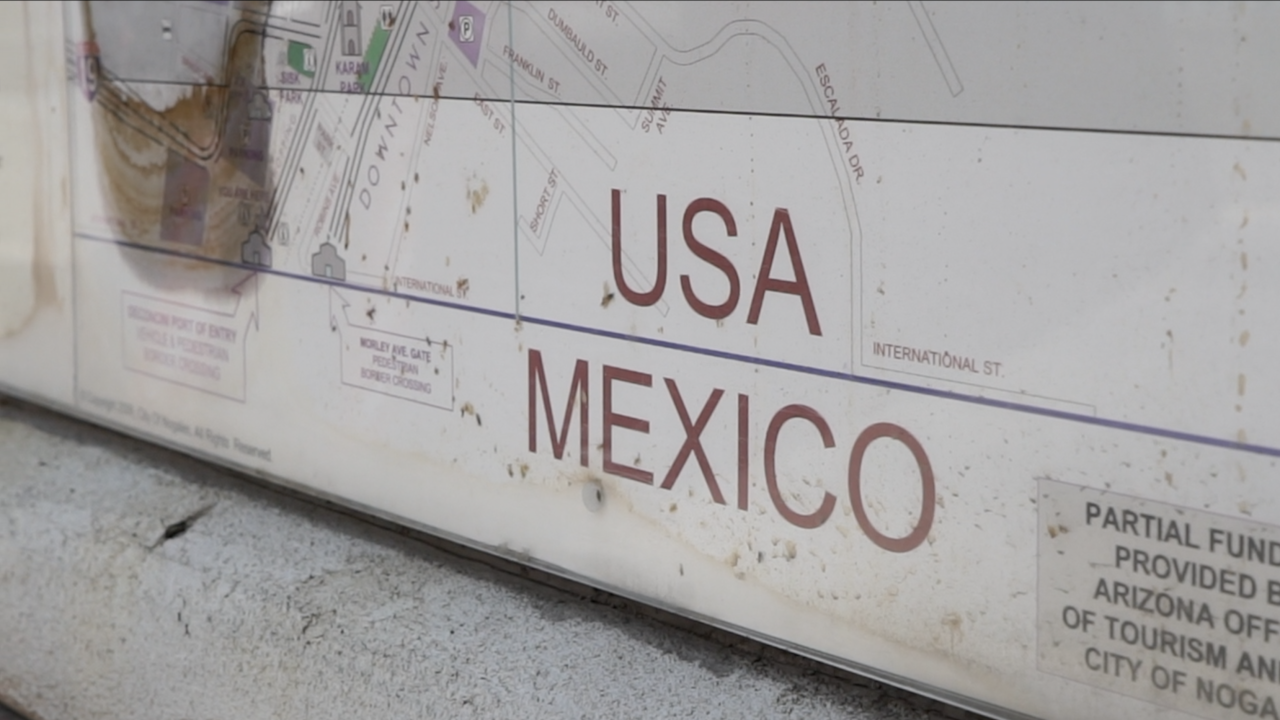 NOGALES, Ariz. -- Towns on the border of the United States and Mexico face a double-edged sword. International trade continues, with only small impacts from COVID-19. But these border towns are feeling a strain from the lack of visitors.

The town of Nogales, hugging the Mexico-Arizona border, historically sees plenty of visitors.

“It was bustling to the point where if we needed to walk from one building to the other, you wouldn't walk on the sidewalk because it was too crowded,” Bracker explained.

Bracker worked in the family business, a store near the border that opened in 1924. He said he worked there for about 30 years, before he said they had to close it.

While the bustle has slowed over the decades, COVID-19 and non-essential travel bans halted foot traffic altogether.

“Our customers are 95 percent from Mexico, so they closed the border. We can't do nothing,” business owner Frank Baek said.

Baek had stopped by his store that day, even though the doors were closed to any possible customers.

Very few stores on the main shopping stretch next to the border in Nogales were open.

“Everybody is just kind of concerned and worried about how and when and if we’re going to move forward past this,” Tim Carter, a manager at Oasis Cinema, said.

Most tourism-based communities share the same sentiment. But what makes border towns unique is that they’re also essential, thanks to international trade.

“You saw a lot of people all over the country no longer go to work or work from home, in this community that didn't happen,” Jaime Chamberlain, president of Chamberlain Distributing, said. “Almost all of our citizens were deemed essential workers because you had to...the food supply chain is so important.”

Chamberlain Distributing works with farmers in Mexico, importing their crops and distributing to wholesalers, retailers, and foodservice.

“We market and distribute that product for them in North America,” said Chamberlain, whose business may have slowed down a bit, but it never stopped.

“As the rest of the United States slowed down, Nogales kept on doing exactly what we were doing before COVID,” he said. “The efficient flow of trade is extremely important to this community.”

Right now, his warehouse is pretty empty. Not because of demand, but because of the time in the season.

“We've imported Mexican fruits and vegetables through here for over a century, so we feel a tremendous responsibility to our country...to have the available supply,” he said.

That holds true for most border towns.

“Major flows of products that are shipped or trucks and trains and cars, are still crossing and so that trade is down a little bit but not much,” said Robert Grosse, a professor of international business at Arizona State University.

Grosse said we haven’t seen anything on this scale since the short downturn with the financial crisis in 2008.

As trade continues, Bracker and other business owners wait for the news that the border can reopen to non-essential travel as well.

“It’s going to be really interesting to see if there's a pent up demand or really what's going on,” Bracker said.

And it's the people that help fuel their economy.

“The majority of our sales tax comes from Mexican shoppers coming over to shop on the American side,” Chamberlain said. “All of our budget is based on sales tax, the majority of it.”