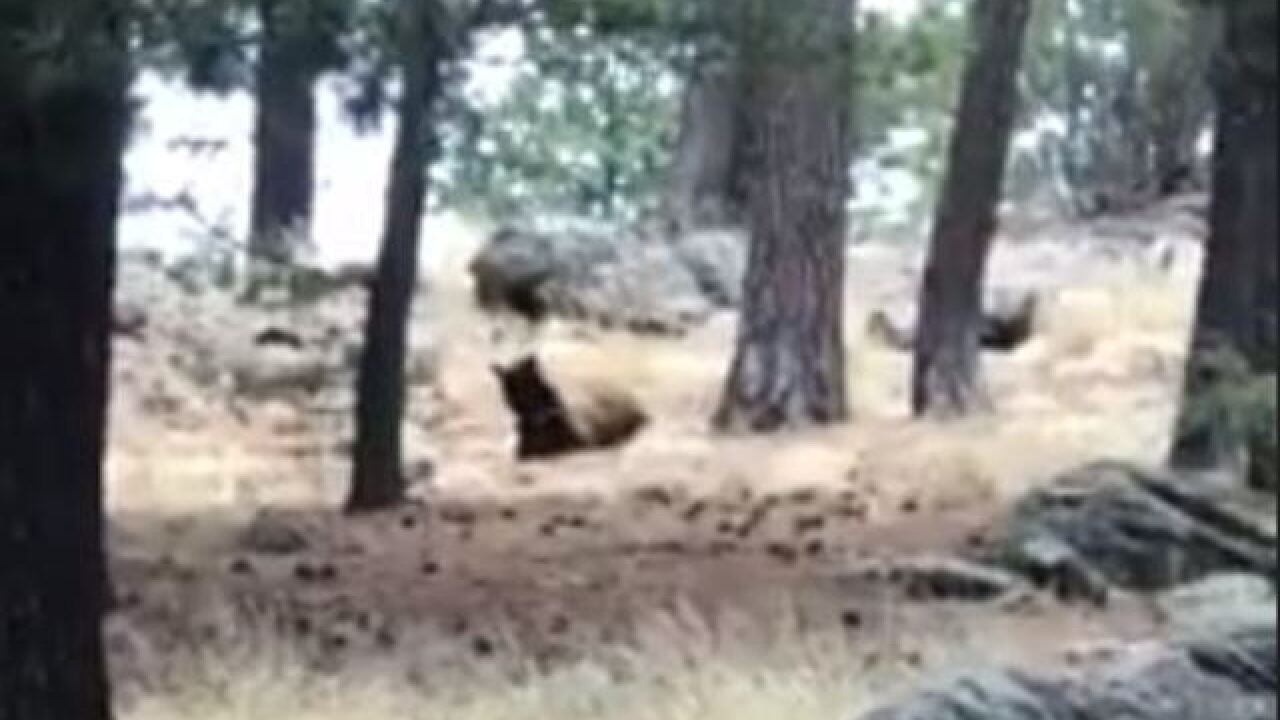 Copyright 2018 Scripps Media, Inc. All rights reserved. This material may not be published, broadcast, rewritten, or redistributed.
Radwany, Samuel

Officials in the Arizona Game and Fish Department in Tucson say they released a video Wednesday as a warning to wildlife watchers.

The video, released on the AZGFD Facebook page , shows a bear chasing a cub up a tree and killing it.

The incident took place in June on Mt. Graham, about 100 miles northeast of Tucson. The AZGFD says the bear likely saw the cub as a threat to its success in mating.

Officials say they released the video to show why bears are so dangerous.