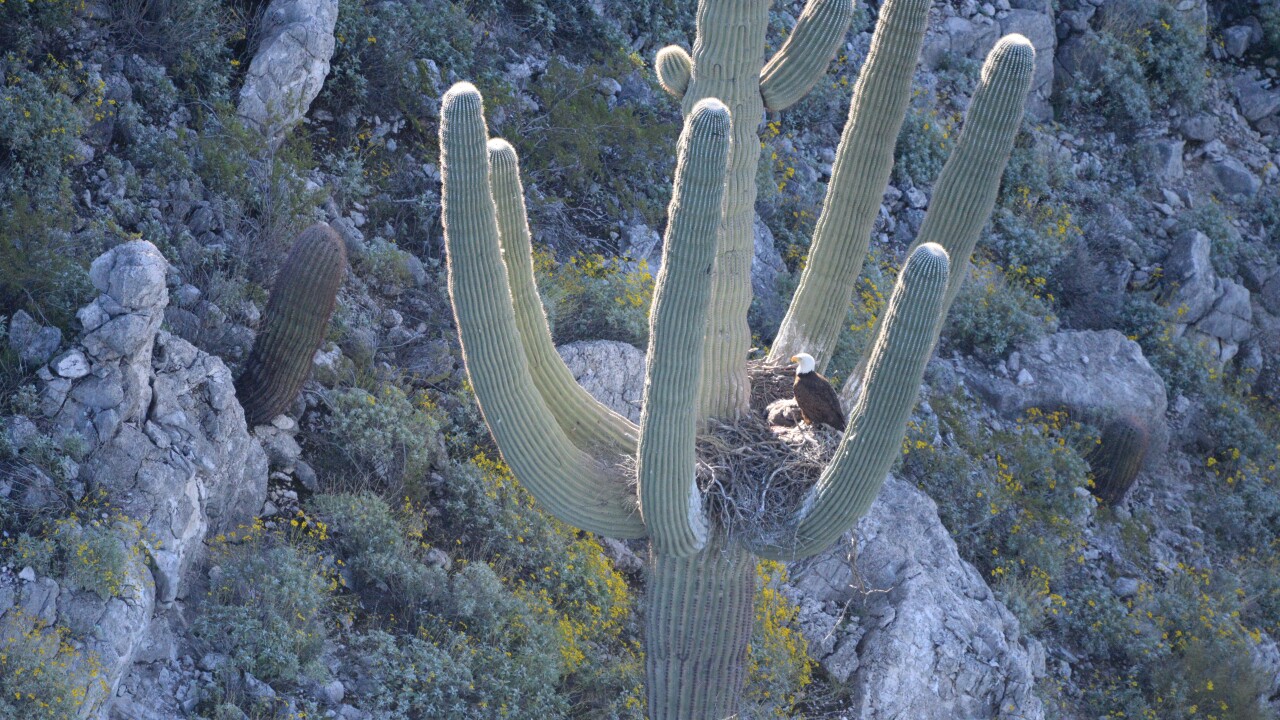 (credit: Arizona Game and Fish Deparmtent)
AZGFD biologists have spotted a bald eagle nest in the arms of a saguaro -- the first documented instance in history.

TUCSON, Ariz. — It's something biologists have long speculated, and now there's proof.

The Arizona Game and Fish Department says they've spotted the first known bald eagle nest in a saguaro cactus. It happened on one of the department's recent eagle survey flights near a central Arizona reservoir.

AZGFD says its biologists searched historical records for another instance of the rare sight. All they found was a record in 1937 of a man who saw nests in saguaros along the lower Verde River that were believed to be that of bald eagles, but there was no further documentation.

Biologists have long speculated eagles could make nests in the arms of a saguaro and were searching for decades.

"It's been an 18-year trek for me, keeping my eye out for a bald eagle nest in a saguaro, so finally finding one is amazing," AZGFD’s raptor management coordinator Kenneth “Tuk” Jacobson said.