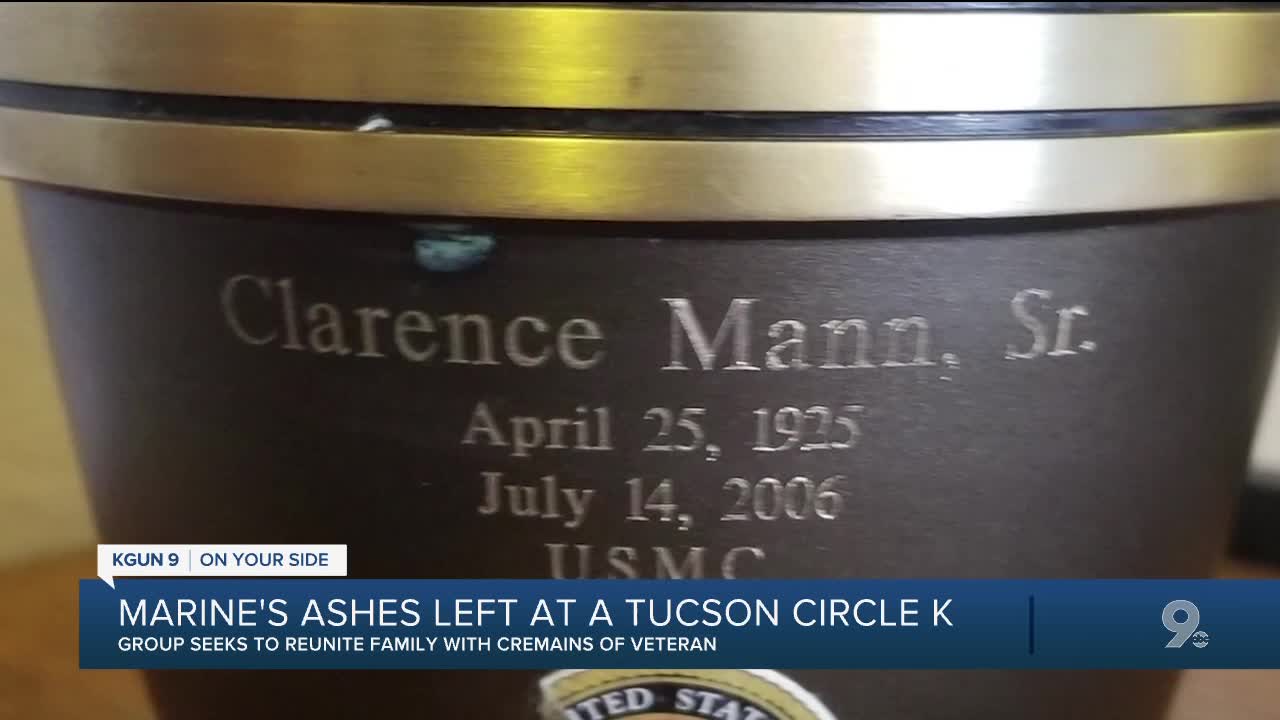 TUCSON, Ariz. — It's been a week since an urn was left at a Circle K in Tucson, discovered by an attendant inside.

"She thought by posting that somebody would remember 'oh I left this behind' and come back."

No one did, but Shaun Pfund, of the 'Missing in America Project' said two men recovered the urn.

In it the cremains of Clarence Mann Sr. and on the urn: the emblem of the United States Marine Corps.

"Logan and Mike picked up the cremains, and they posted on Facebook, and members of 'Southern Arizona Missing in America' project saw their post," Pfund said.

Mr. Mann's remains would go from left at a gas station to protected in the proper hands.

"Then I gave them to transfer them to one of the personnel from Adair Funeral Home on Dodge."

Pfund said that's when 'Missing in America Project' started an investigation, first confirming Mr. Mann was a Marine, even tracking down his social security number.

Two relatives, Mann's sister and another relation, were tracked down in Arizona, both since deceased.

"So right now I'm going to tentatively say he's a single, what we refer to as a single," Pfund said.

That designation is made for veterans who haven't been claimed, so the search continues.

As for Mann Pfund said until a relative is found, he'll be part of a mission to memorialize and lay the remains of unclaimed veterans to rest.

Due to COVID-19 concerns that service was canceled in April but it's been rescheduled to later this year.

"In October of 2020, he will part of that mission. if there's any family or relative that we can contact and they don't wish to participate in the 'Missing in America Project' they'd be more than welcome to recover his cremains."