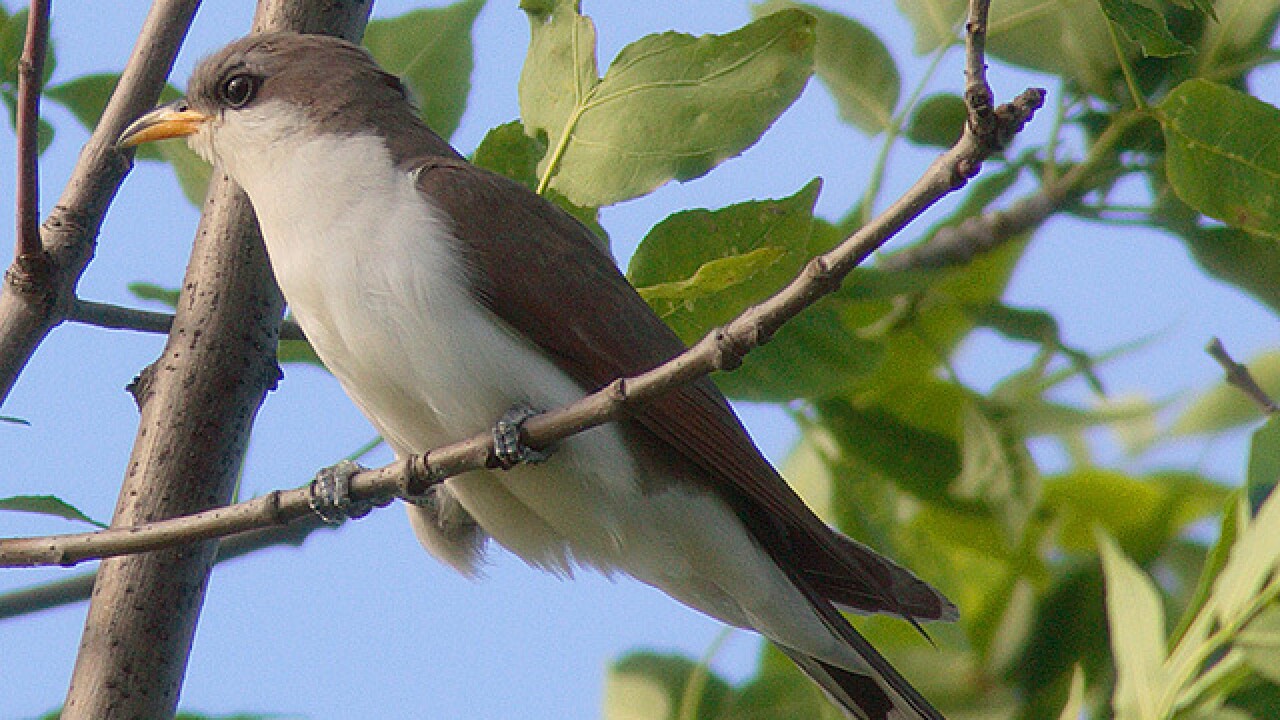 Copyright 2017 Scripps Media, Inc. All rights reserved. This material may not be published, broadcast, rewritten, or redistributed.
fws.gov
<strong>Yellow-Billed Cuckoo</strong><br /> Status: Threatened<br /> Year listed: 2014<br /> How to identify: Fairly large, long, and slim birds. The mostly yellow bill is almost as long as the head, thick and slightly downcurved. They have a flat head, thin body, and very long tail. Wings appear pointed and swept back in flight. Yellow-billed Cuckoos are warm brown above and clean whitish below. Their blackish face mask is accompanied by a yellow eyering.

Experts are celebrating the U.S. Fish and Wildlife Service's recent decision to keep the western yellow-billed cuckoo under the Endangered Species Act.

The Arizona Republic reports the agency ruled against a petition for its removal.

The Arizona Game and Fish Department has listed the cuckoo breed as threatened since the late 1980s.

In 2014, it was assigned the same designation under the federal Endangered Species Act.

Opponents argue there is no difference between the western and eastern cuckoo birds. So, they are not endangered.