The Insurance Institute for Highway Safety is toughening up its crash standards for 2018, and Ford was unable to escape the test with a passing score.

The 2018 Ford Escape SUV earned an overall "poor" rating in a crash test designed to show how well front-seat passengers are protected in a violent collision.

Poor is the worst there is and a vehicle must have a lot of different things go wrong in order to get a poor score.

Actually, it was the only small SUV out of six others to fail the test. 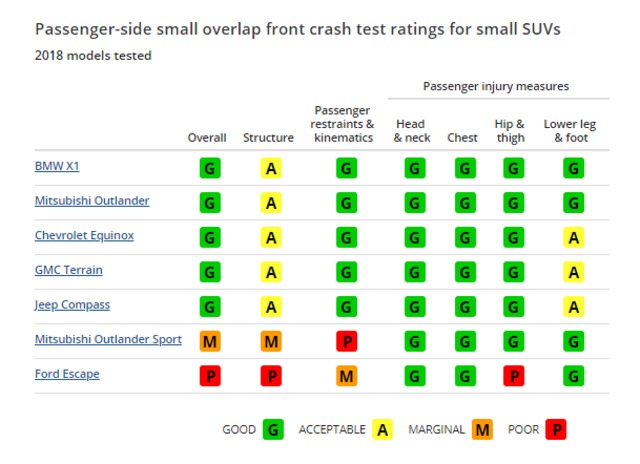 In the test, a vehicle is propelled at 40 miles an hour and then collides in to a barrier with the outer part of the bumper on the driver's side or, in this case, the passenger side.

The test crushed the Escape’s cabin inward and the side airbags did not deploy, as they have in other vehicles subjected to the same test.

Despite the poor rating, Ford pointed out that the Escape earned high marks in all other crash tests.