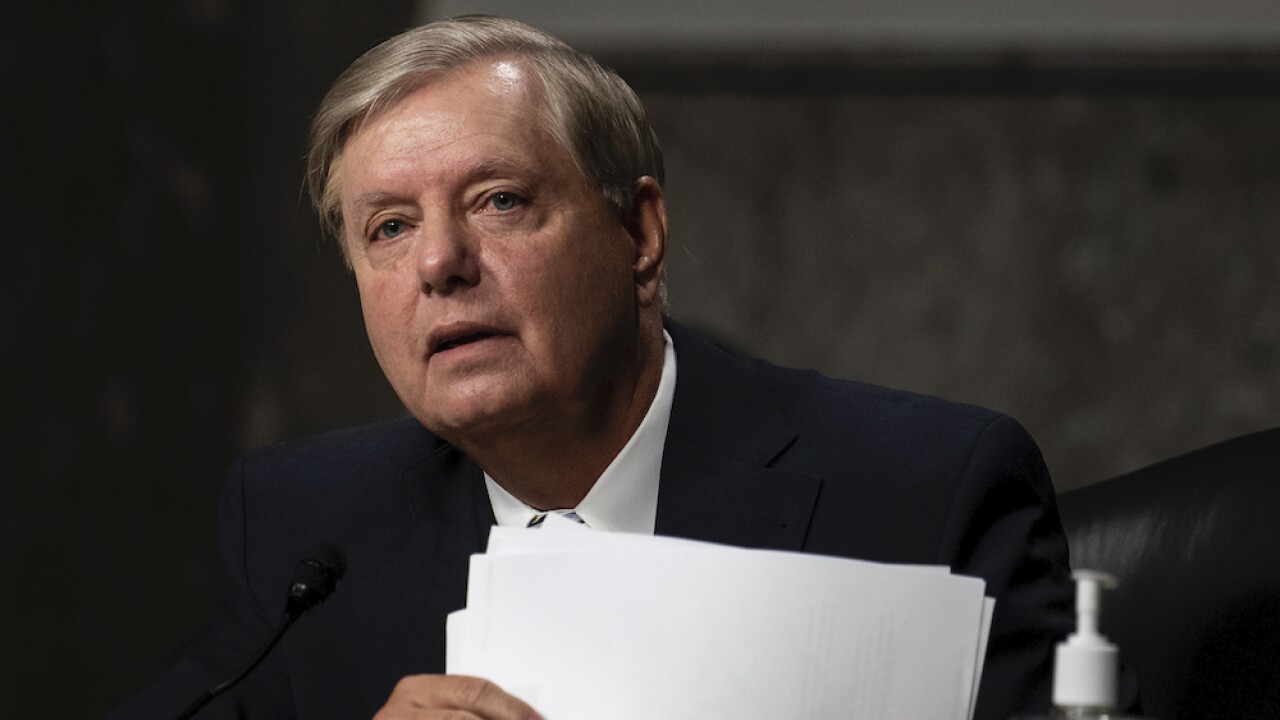 ATLANTA -- Senator Lindsey Graham said Tuesday he has spoken with election officials in a number of battleground states about their ballot counting procedures.

Georgia’s secretary of state said that U.S. Sen. Lindsey Graham asked him whether he had the power to reject certain absentee ballots. Secretary of State Brad Raffensperger told The Washington Post he interpreted the question as a suggestion that he toss out legally cast ballots.

Raffensperger said Graham asked him whether political bias might have caused election workers to accept ballots that might have been discarded for non-matching signatures. An accusation that there has been no evidence to suggest.

Graham on Monday said that was “ridiculous.” He said he was trying to find out how signature verification for absentee ballots works in Georgia.

Raffensperger, also a Republican, has been criticized by President Donald Trump and other fellow Republicans over his handling of the election and said he’s received death threats. He has rigorously defended the integrity of Georgia’s election results.

Graham told reporters in D.C. Tuesday he also talked with officials in Arizona and Nevada, specifically to ask them questions about the process for validating signatures on ballots.

President-elect Joe Biden is projected to win both Arizona and Nevada, and holds a 13,000 vote lead in Georgia as they finish up a recount.

The Trump campaign issued a statement Tuesday afternoon that seemed to support Graham’s line of questioning, without providing evidence.

“Georgia officials must continue with their recount efforts to ensure that the American people know the true outcome of the 2020 presidential election, and the Georgia recount must include a thorough matching of signatures,” the statement reads.

When Sen. Graham was asked why he was making these calls, he responded he is a “United States senator who is worried about the integrity of the election process nationally, when it comes to vote by mail.”