Local organization focused on getting women to vote in 2020 election 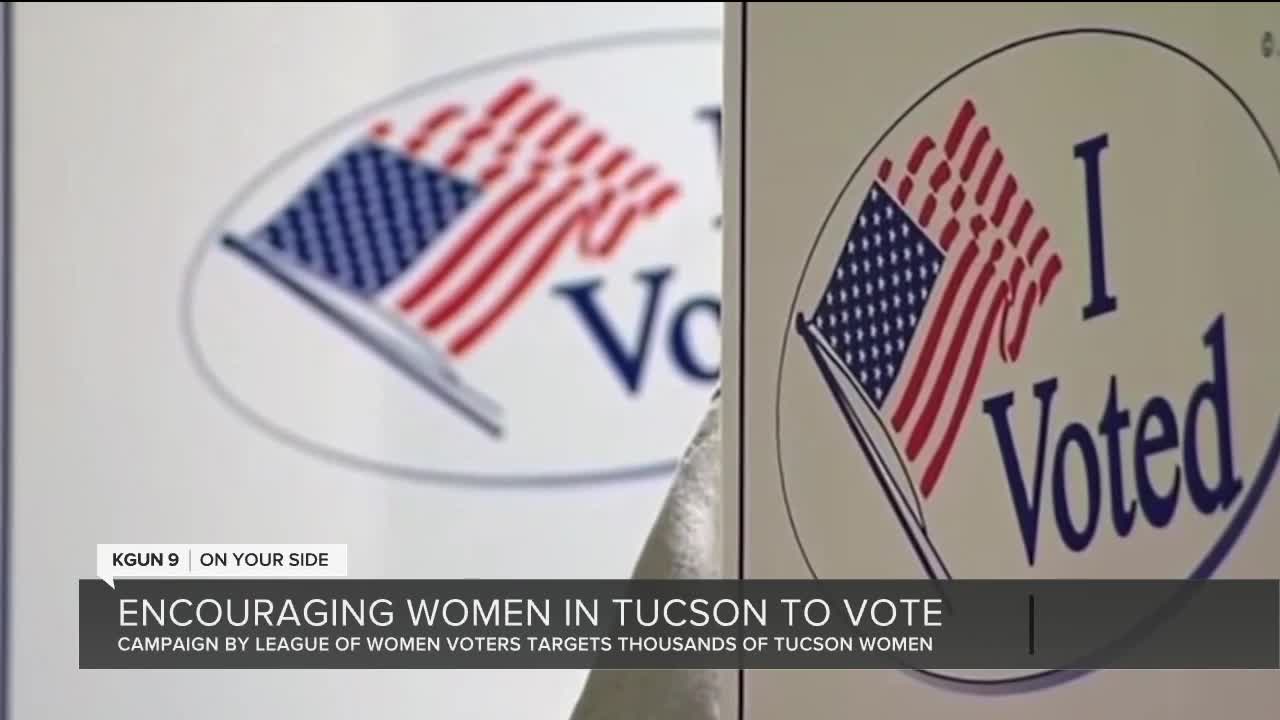 Aros is President of the local affiliate of the League of Women Voters.

Of the five leagues across Arizona she said it's the largest in the state and they've been busy this election season, hosting several candidate forums.

"There's been extensive outreach to Tucson schools and educators."

At the top of their list of priorities: getting women to vote, specifically, women who haven't cast a ballot.

"(We) mailed out 4,200 postcards to female voters who were registered as unaffiliated and independent. These ladies did not vote in the 2016 general election."

"This is the centennial of the League of Women Voters. We're 100-years-old this year."

Aros saId the group will stay busy between now and Election Day, they have another round of outreach campaigns coming up.

"It's going to be targeting 7,000 females who are on the early voting list."

Click here for information about the League of Women Voters of Greater Tucson.