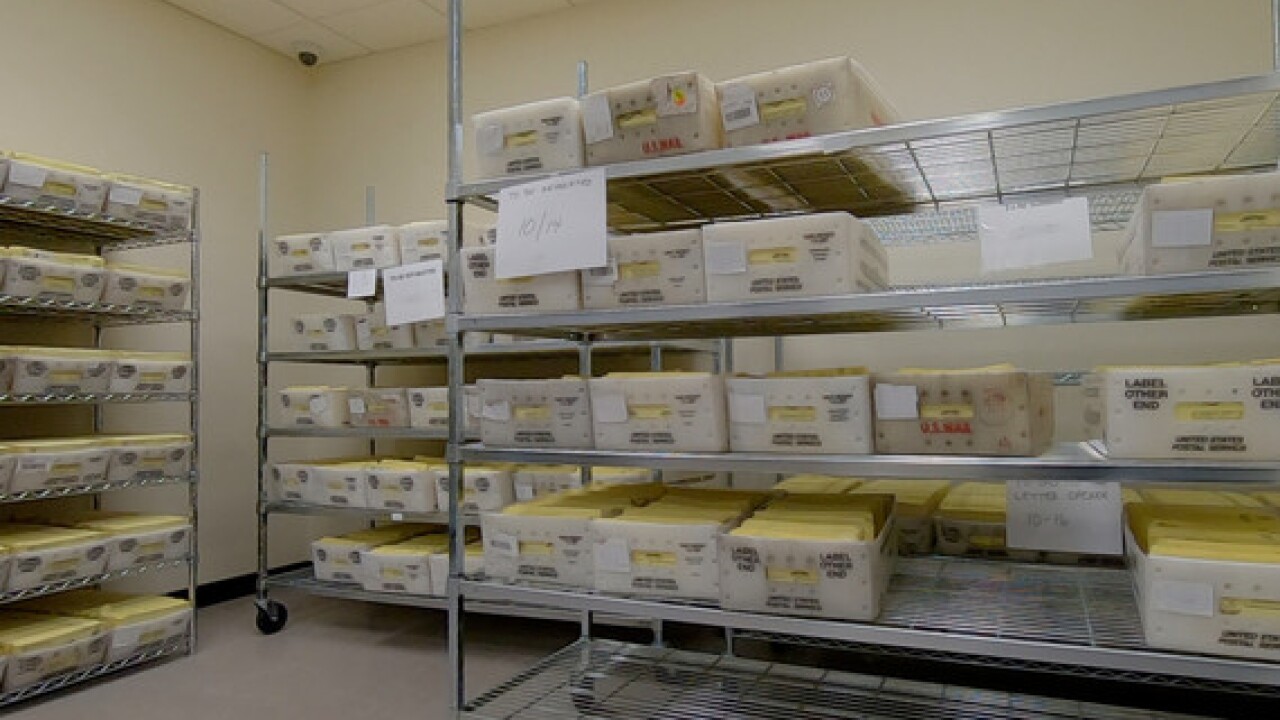 Voters have been casting early ballots at early voting sites throughout the county, but due to a high volume of ballots being returned it has caused the time between when a ballot is received and when it is scanned into the tracking system to be a longer than expected, taking up to four to six days to be processed. The Recorder's Office is operating two shifts every day, including weekends to meet the high demand of returned ballots.

“I’ve never seen early ballot numbers like this,” F. Ann Rodriguez said in a statement. “We’re doing our best to keep up, but the public will need to be a little patient with us as we work our way through this large volume of ballots.”

Voters who cast early ballots can track their ballot online.