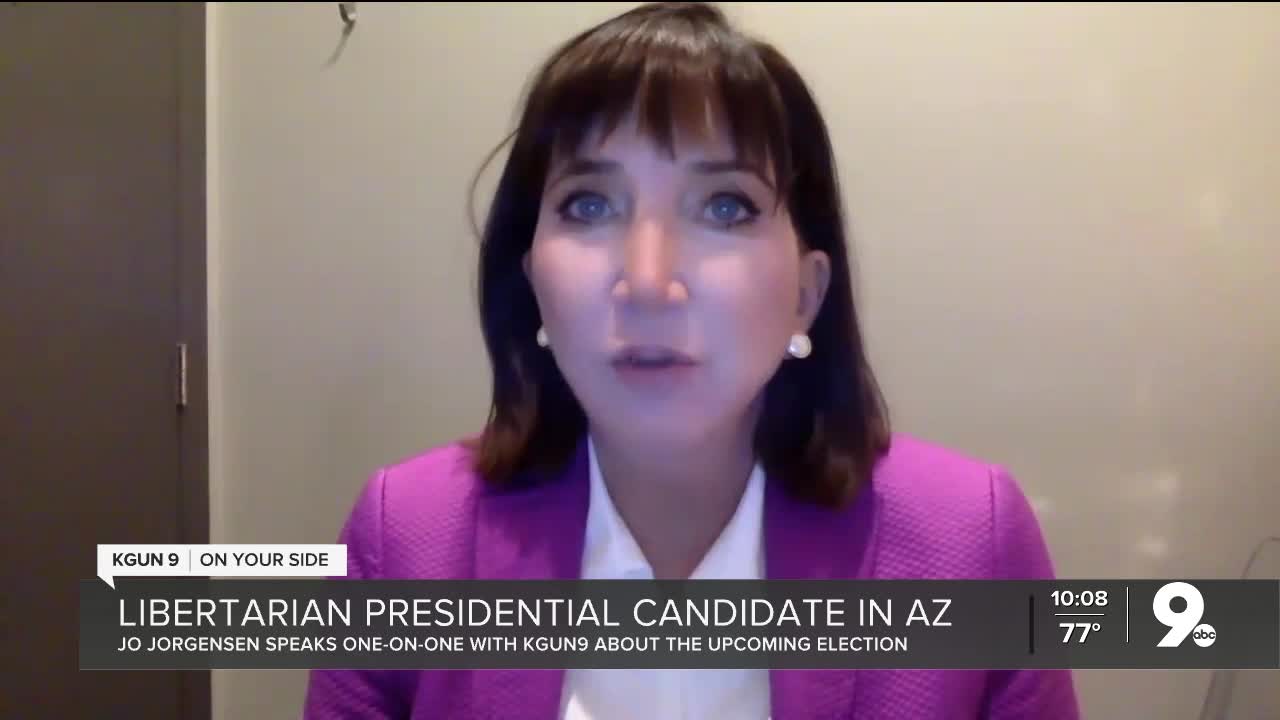 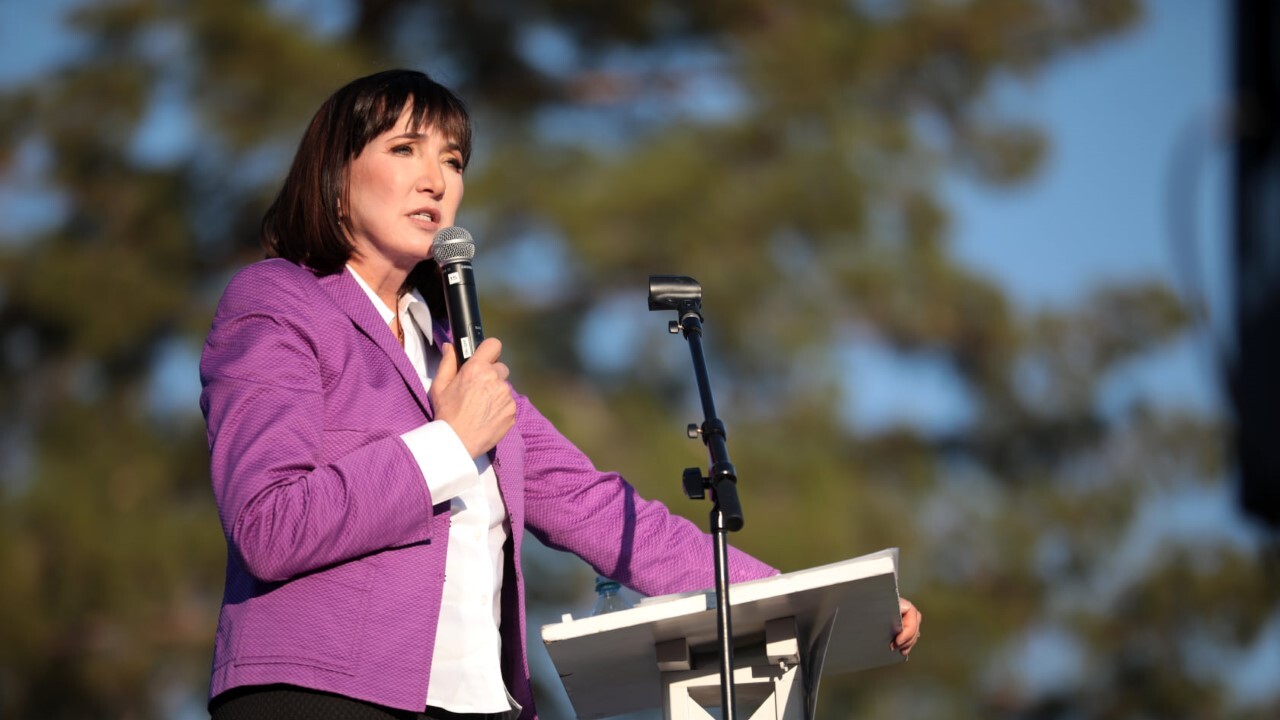 SCOTTSDALE, Ariz. — Arizona is widely viewed as a battleground state in the 2020 election, and Jo Jorgensen is hoping voters who are unsure about supporting President Trump or Vice President Biden will support a third-party candidate.

"There are so many people who don't know they don't have to vote for Trump or Biden," says Jorgensen. "After the presidential debate our website slowed to a stop because so many people were checking it out."

Jorgensen, a Clemson University professor and the Libertarian vice presidential nominee in 1996, says she wants to participate in the presidential debates and is willing to do so either virtually or in person.

"I just think it's wrong that they're keeping me off the stage," says Jorgensen. "I do understand that they are their own private entity, I get that. However, presidential debate commission just sounds so official and impartial, like it's part of the Government, but it's not. It's basically the Democrats and Republicans wanting to have their own debate and not wanting any other alternative voice heard."

According to The Commission on Presidential Debates' website, there are three requirements for a candidate to be included in the debates. Since she is legally able to run for president and will be on the ballot in all 50 states, Jorgensen meets the first two; however, she does not "have a level of support of at least 15 percent of the national electorate," which is the third requirement listed.

According to Pew Research Center, the Libertarian nominee for President is polling at about 4% nationally, and the most recent poll from The New York Times/Siena College has her at 3% in Arizona..

Jorgensen also responded to a frequent criticism of third-party nominees: being accused of pulling votes from Democratic or Republican candidates. In 2016, Libertarian Garry Johnson won just over 4% of the vote in Arizona, and Trump won the state by 3.5%.

"It's not my fault he [Trump] didn't follow through on his promises. The only way I can be a so-called spoiler is if the people running didn't do their job. And I would say the same thing for Joe Biden," says Jorgensen.

Jorgensen is also the first female Libertarian presidential candidate, but she tells KGUN9 that doesn't play a role in her campaign.

"I don't think it makes a difference at all," says Jorgensen. "I think what's important is the message, and I would rather vote for a man who has my message, which is allowing us to make our own decision, than a woman who thinks bureaucrats in Washington should have control of our lives."

Saturday, Jorgensen made her first, and so far only, scheduled campaign stop in Arizona. She hosted an outdoor rally in Scottsdale where she spoke with supporters and answered questions from attendees.

At the rally, she talked about a variety of topics including decriminalization of drugs, protection of data and her vision for smaller government.