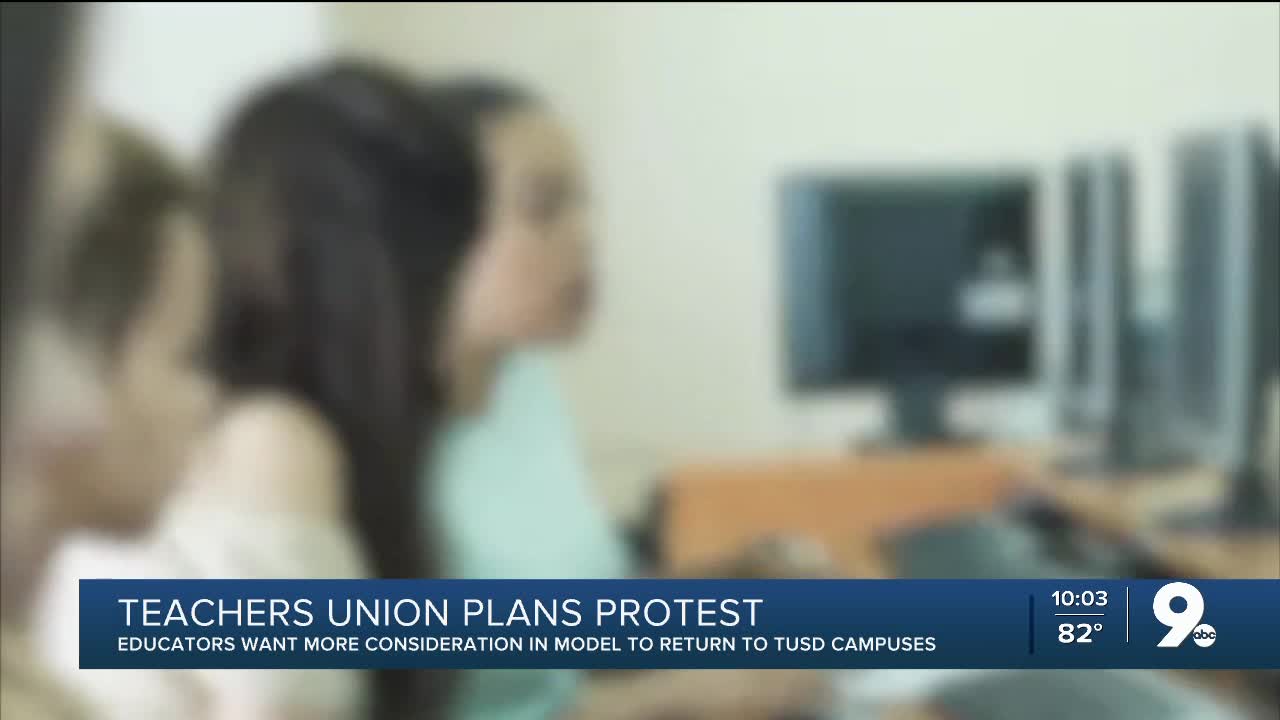 TUCSON, Ariz. — If you meet their needs they'll teach.

"There are things that need work but we are certainly willing to continue to work on a solution," Margaret Chaney said.

Chaney is the president of Tucson Education Association (TEA).

Chaney said it's a matter of prioritizing the health of teachers who would be returning to schools.

"Everything is really dependent upon the Pima County Health dashboard."

The district said some benchmarks are currently met to be able to go back but others remain a risk.

"The reason that we are really looking at and the main thing that a lot of our members are most concerned with are the ADA (Americans with Disabilities Act) accommodations some have had to get in order to work this year," Chaney said.

She said the risk of returning to campuses, based on the hybrid model adopted by TUSD at their last board meeting, is still too high for some educators.

"Some people have pre-existing conditions as listed under the COVID guidelines and so they're very concerned with the amount of contact with students or other co-workers."

While teachers are organizing for a protest, on Monday, to oppose a proposed return date of October 19th, Chaney said they were able to reach an agreement on the hybrid model before.

"There were over 60 of us, both admin and teachers and it's not perfect by any stretch of the imagination but it is a good start."

That, she said, is a promising sign educators and administration can reach another agreement again.