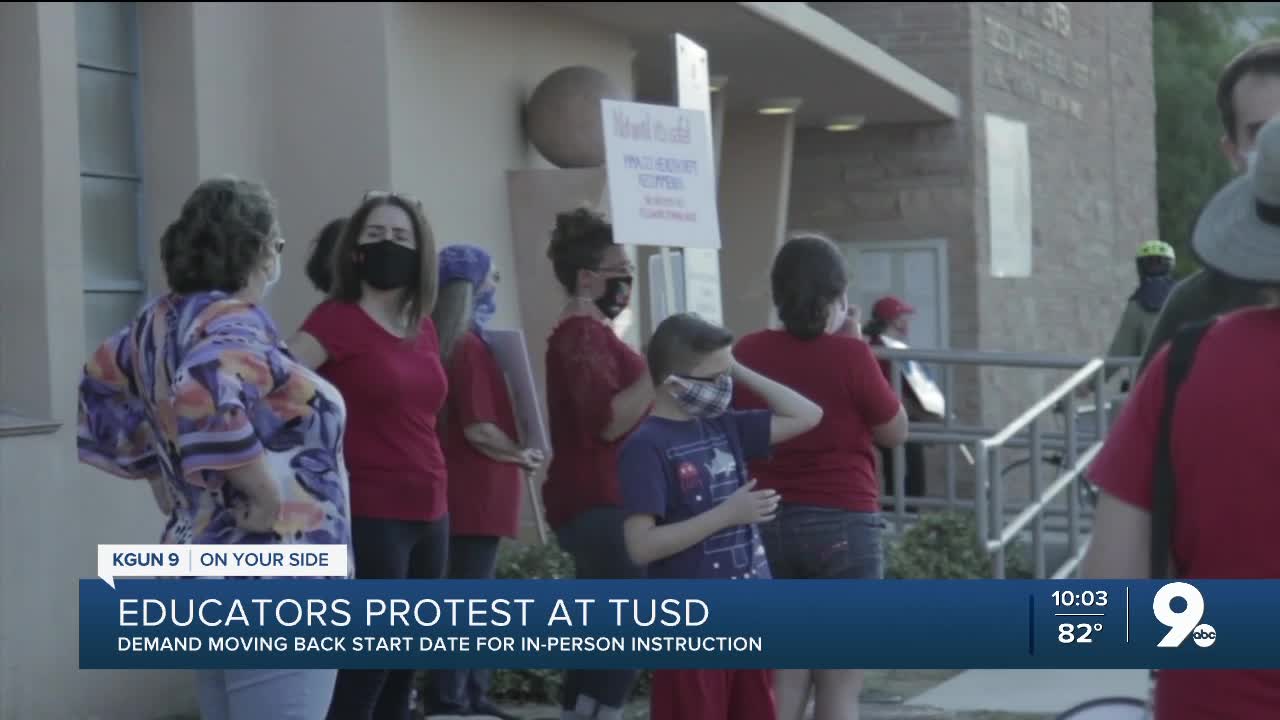 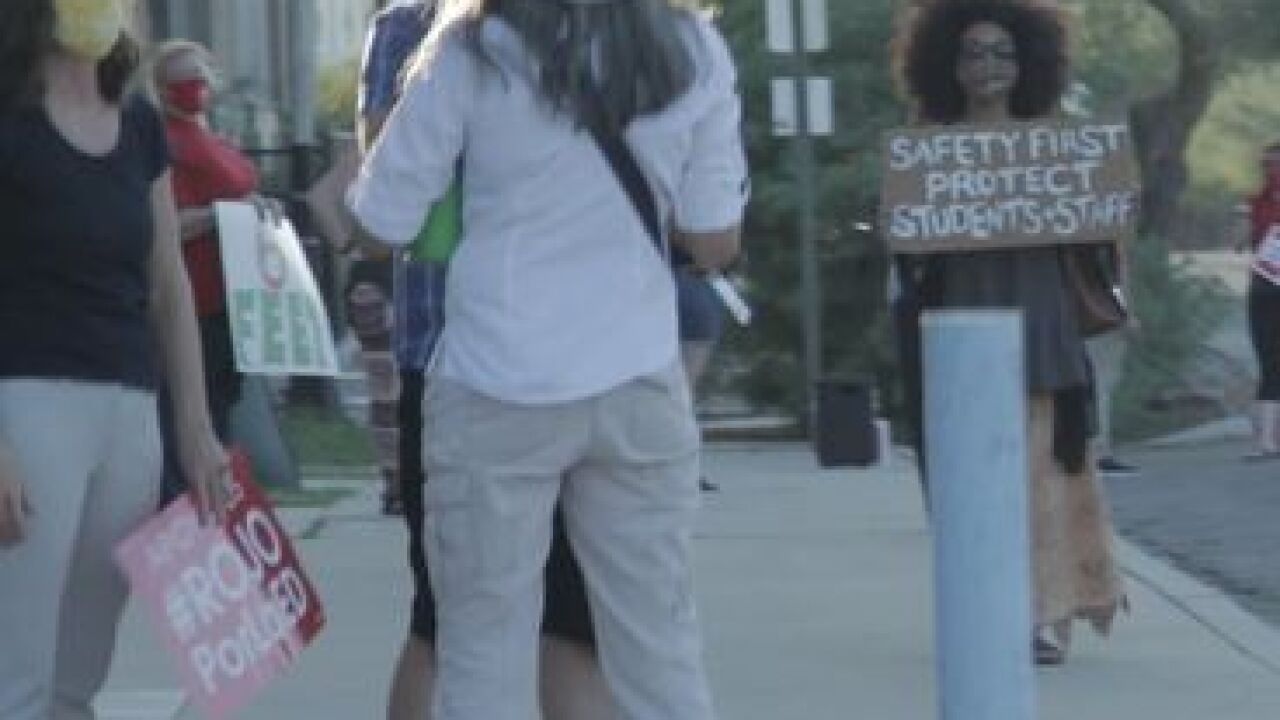 TUCSON, Ariz. — Teacher's at TUSD organized to send a message.

"The conditions are not for being safe inside a classroom."

They gathered at district headquarters to protest what they say is starting in-person lessons too soon.

Last week the TUSD school board voted on a framework to return to in-person instruction without settling on a date to actually start that hybrid model.

The original proposed date to return was October 19th but that was tabled by the school Board until an agreement could be made to satisfy district staff and parents.

The district has said it is basing its proposals and actions on health guidelines and benchmarks set by the Pima County Health Department.

"We already have a shortage of teachers and that's really concerning me because I know a lot of very good teachers who say they want to keep their family and themselves safe," Ana Mara Lopez-Medrano said.

The President of Tucson Education Association told KGUN9 over the weekend, the union wants better accommodations for teachers with pre-existing conditions before they return to campuses across the city.

On Tuesday, the district's school board is expected to discuss the issue at their weekly meeting.