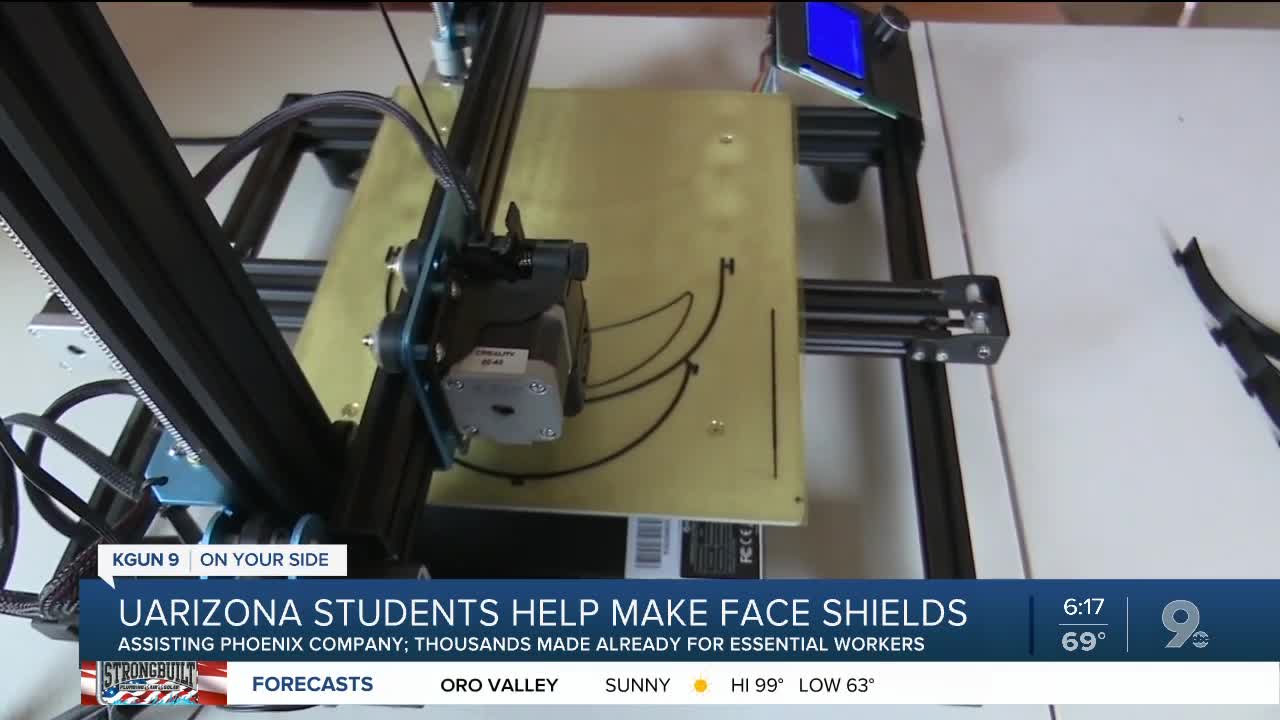 University of Arizona Engineering students have teamed up with a Phoenix company to make face shields for essential workers. 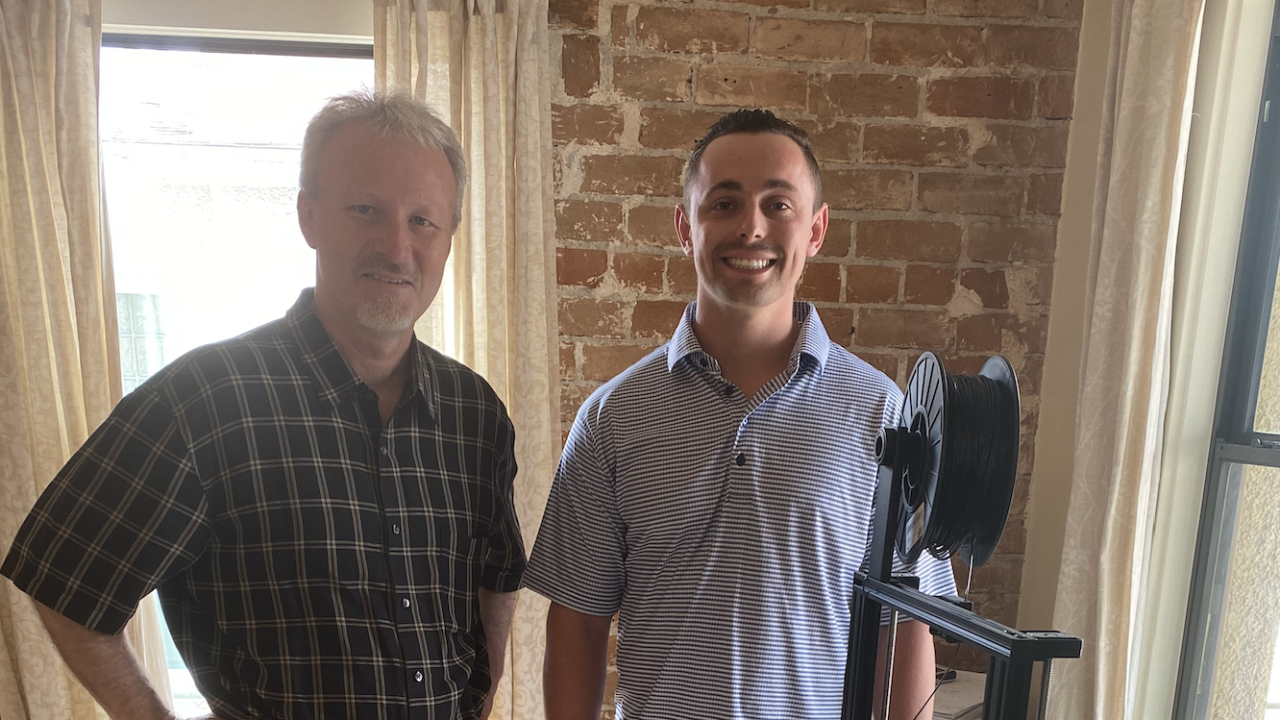 TUCSON, Ariz. — University of Arizona Engineering students have teamed up with a Phoenix company to make face shields for essential workers.

The six students, Miranda Albo and Scott Bankofier, Shawn Dhani, Harsha Dhanraj, Alex Doumas and Abdi Tasir were all working with 3D formations for most of the year developing a way to automate the 3D-printing process.

When the pandemic switch, the students didn't have access to their equipment. That's when the company switched to working on these face shields for essential workers.

"We designed a shield that was printable and I thought, let’s modify our printer and get the engineering students involved to automate the printer, make it run really fast and efficient to make it run as fast as possible," Co-Founder of 3D formations Erik Orwoll said.

When a 3D printer finishes printing an object, a person typically needs to move the object aside so another item can be printed, meaning it’s not possible to do round-the-clock 3D-printing without oversight from personnel.

"For 3D printing, usually you have to change the build surface every time you’re done with the print," Team leader of senior design project Scott Bankofier said. "What we’re trying to do is take the build surface out, and then feed a new one in so you can keep printing and you don’t have to have human interaction."

A face shield is a thin sheet of clear plastic, attached to a headband, that acts as an extra layer of protection for health care workers by covering the wearer’s face and neck.

"We thought 'oh, a face shield! We can do that' and it would make an immediate difference that can be used by medical and both non-medical personnel," Orwoll said.