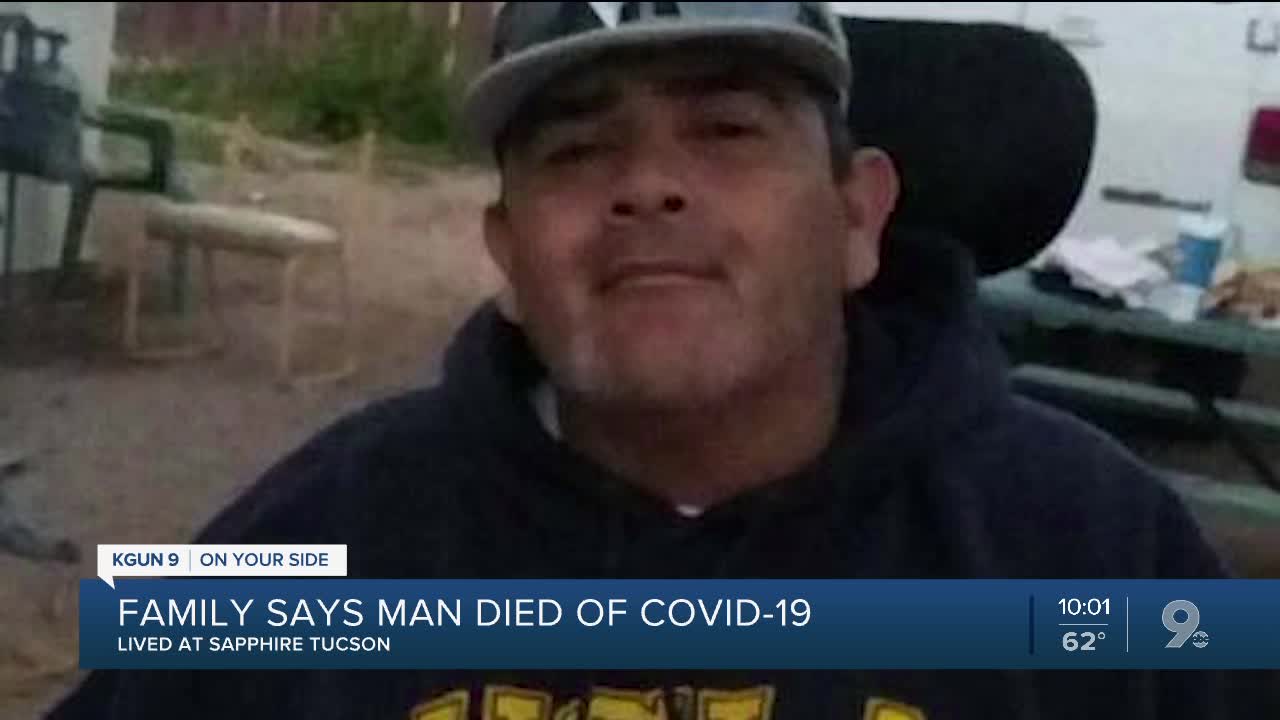 "He worked construction, until he had his accident and became quadriplegic," Gonzalez said.

She said her brother was in a car accident and lived at the Sapphire of Tucson Nursing Home for the last four years.

"He was awesome, he supported his family, all his family and still did 'til the day he died," Gonzalez said.

She described him as an ideal brother, father and grandfather who would do anything to see his family.

"He would come and see his kids everyday. he would come down Country Club in his wheelchair."

"He was our centerpiece. They told him when he had his car accident that he was not going to live no more than five years. he survived 18 years."

We reached out to the Pima County Health Department, but they said they couldn't give us any information cases they're investigating.

KGUN9 will continue to work on learning more about Robles' case and how he may have become infected with the virus.