More than 90 patients hospitalized out of town 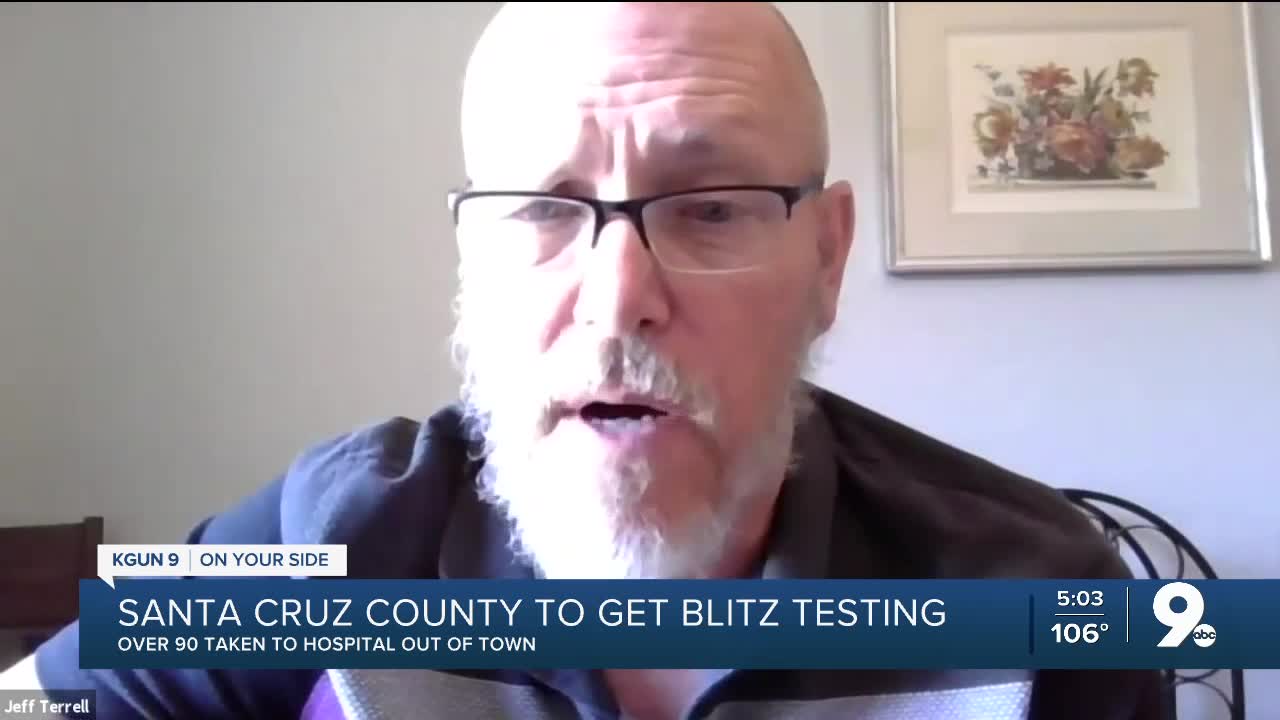 Santa Cruz County didn’t have blitz testing centers as much of the state saw for weeks, but it looks like after working with the state the hot spot may soon be getting it.

“[The State is] going to work on the intergovernmental agreements and the amounts. [Then], confirm the amount, and then we're going to try to get the blitzes set up hopefully as early as next weekend, if not the weekend after,” explained Jeff Terrell, Santa Cruz County health director.

The county’s health department explained they hadn't had blitz testing yet because it's small, rural community and doesn't have the manpower to run testing blitz’s like the ones we saw in Pima and Maricopa counties.

Santa Cruz County said 94 have been hospitalized. Those hospitalized have been sent to hospitals outside of the county because their only hospital doesn't have the capabilities to treat COVID-19 patients.

"They are only going to Tucson I mean if there's a severe case they may be transported into the Phoenix-area, depending on what's happening with them and then, of course, the capacity in the Tucson-area hospitals,” said Terrell.

County leaders explained they have seen a drop in cases over the past couple of weeks. However, Vice Chairman Manny Ruiz said it's concerning that some on the frontlines are contracting the virus.

“Some of our firefighters have been infected. I think maybe one or two police officers have been exposed. So, our first responders are being affected and that’s not good for the community," said Vice Chairman Ruiz, District 1.

The county is waiting to find out if the trend sticks especially with the recent holidays passing.

The pandemic has also hit its economy, causing sales tax revenue to fall 25 percent in April. Now, Sonora has closed the border for non-essential travel.

“Santa Cruz County is the smallest, you know, operational county in Arizona. We mostly are dependent on sales tax for being from the Mexican national border on northern Mexico. So having the board close to all the non-essential travel is, is, you know, is challenging for our community, and even our community,” explained Chairman Bruce Bracket, District 3.

It also caused Santa Cruz County to make some changes to its budget.

"Initially, what we did as a budget is we asked all the departments to come up with a minimum 5% cut in their budget across the board, some departments came back with a larger number, and we're greatly appreciative for that right now, in fact, we've been on a hiring freeze for many years. All hiring has to be approved by the border supervisors." added Bracket.