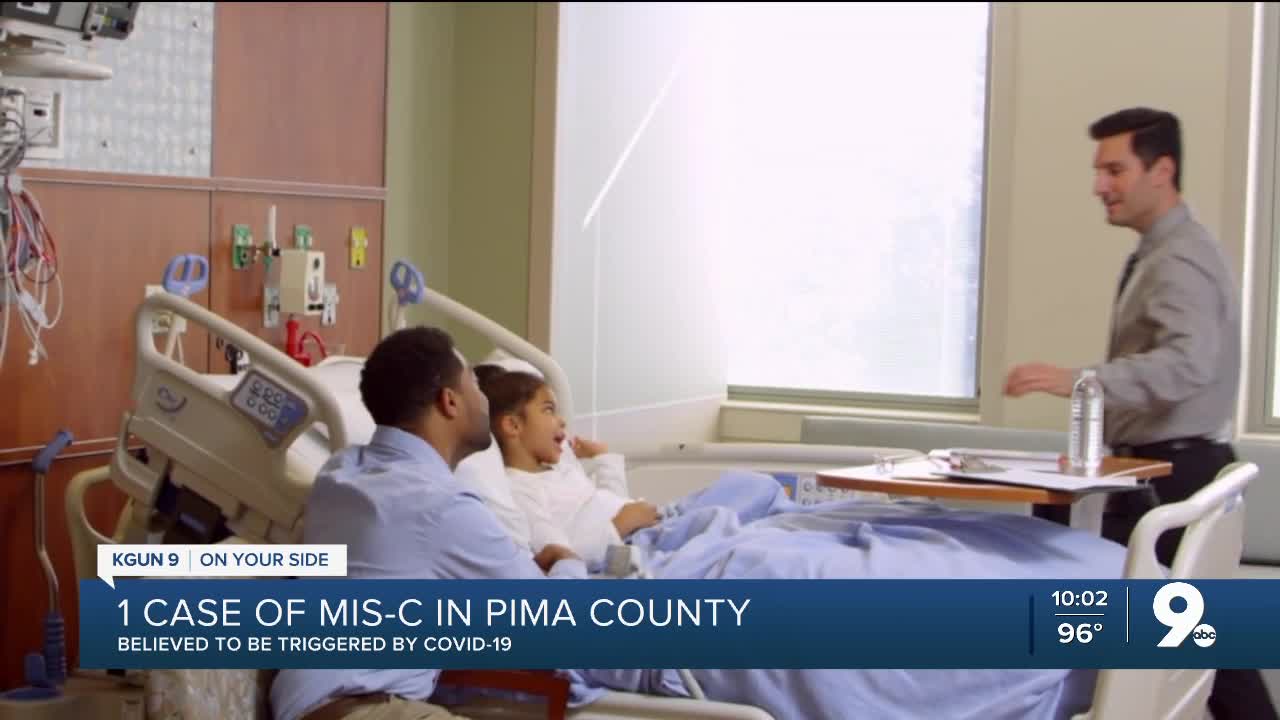 TUCSON, Ariz. — The Pima County Health Department has confirmed one case of 'multisystem inflammatory syndrome in children' (MIS-C) and is investigating a small handful more.

Banner Diamond Children’s Center said it has treated kids with this illness that doctors say is triggered by COVID-19.

“It can happen in children who were symptomatic or asymptomatic from it. The syndrome itself we think it's probably not a different infection, but probably [an over-response] of the immune system to the virus in fighting it and fighting it off," explained Dr. Chan Lowe, division chief of the pediatric hospital at Banner.

Dr. Lowe explained of the patients Diamond Children's Center has seen, the symptoms have been persistent fever, redness in the white part of the eyes, abdominal pain, and even a rash.

He explained it's still very early in MIS-C understanding, so doctors don’t know what the long-term effects are.

“The initial children looked similar to Kawasaki, but rather they were things that were uniquely different. Older children seem not to present quite as much like a Kawasaki syndrome. We don't know the long term effects. We hope that there are minimal if any at all. The children tend to respond very well to treatment, and it gives us hope that there's not going to be any lasting effects but they'll need to be followed by their pediatrician very closely,” he said.

“Primarily in Tucson we've used a medication called IVIG, which is a pool of antibodies that we obtained through blood donations. The part of it, as they collect the blood they can also collect the serum that has these antibodies going into them make this product. It comes from a different manufacturer, not from the Red Cross. But that medication when we give it the antibodies seemed to be anti-inflammatory and seem to be very effective as far as at stopping this.”

Doctor Lowe added to keep your family safe, it starts with protecting against COVID-19, meaning frequent hand washing and keeping kids away from large groups.