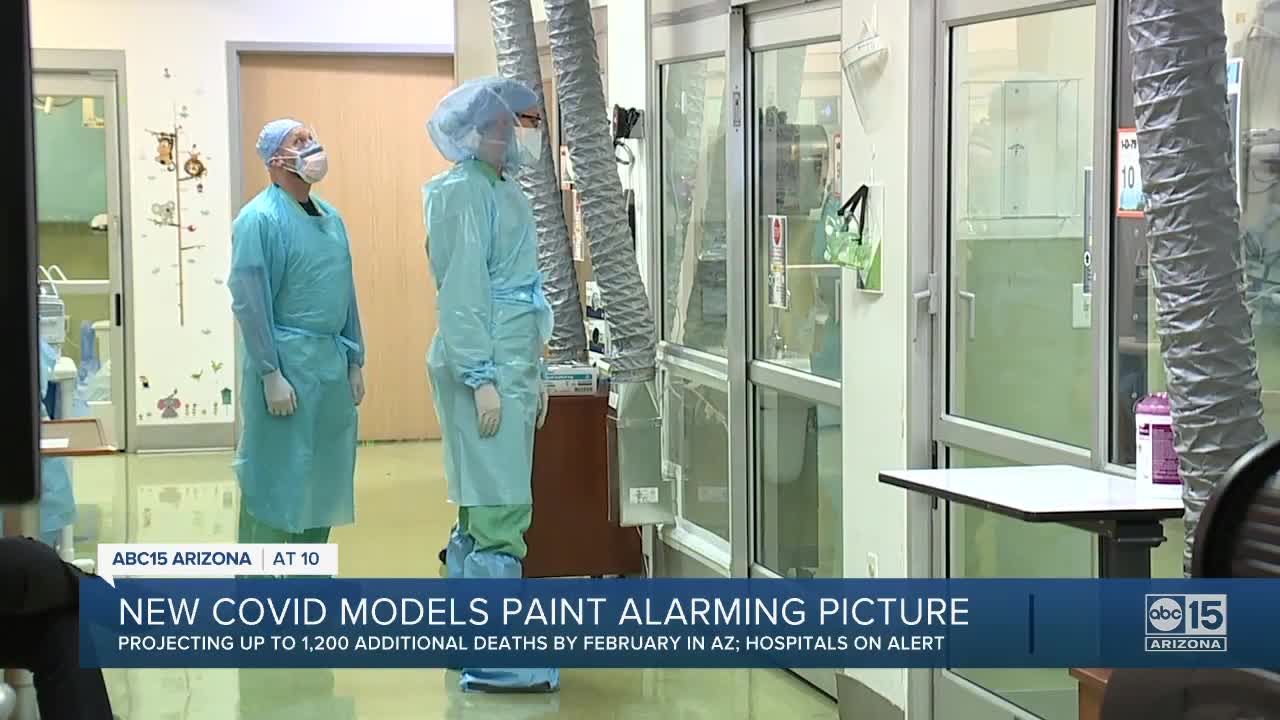 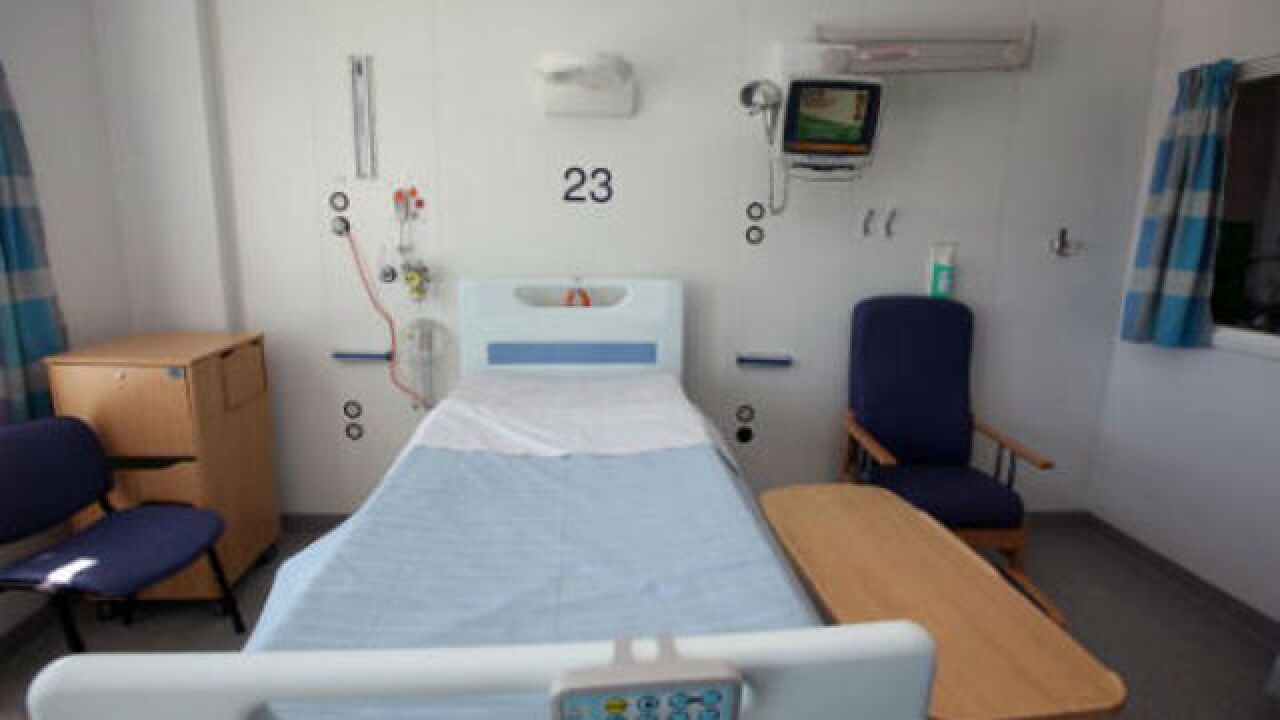 The models estimate Arizona will likely surpass the July peak of ICU occupancy as soon as December 18, the numbers driven by the year-end holiday, including Thanksgiving.

In Thursday’s report, researchers say, “Arizona will likely surpass the prior peak of ICU COVID-19 patients as soon as December 18 with holiday travel and by mid-January with current transmission and no increase in holiday travel.” By comparison, a July, analysis by The New York Times showed Arizona had the highest per capita concentration of COVID in the world.

Two sources shared the information with ABC15. The data sets were developed by nearly two dozen researchers from Arizona State University and University of Arizona. ABC15 reached out to several members of the modeling team for additional comments and they replied they are unable to do so at this time.

The Arizona Modeling Team warns that “with no additional mitigation” to reduce community transmission, the hospitals and ICUs can reach capacity between December 13 and 22. The latest they expect hospital capacity to be reached is between December 31 and January 11. The team expects deaths will jump as well.

"Without additional public health measures, holiday gatherings are likely to cause 600-1,200 additional deaths from COVID-19 in Arizona by February 1 beyond current scenario death projections,” the team states.

Despite this warning, aggressive mitigation orders in Arizona will not be happening.

Governor Doug Ducey dismissed that course of action in a briefing Wednesday, instead restating his message that wearing masks is an act of personal responsibility not to be influenced by a statewide order. Further, the governor said he believes children should remain in schools, despite new data that shows benchmarks moving into the red.

The Arizona Modeling Team’s reports have become controversial when they conflict with the politics of Arizona’s so-called “lighter touch” response to the pandemic.

Sources tell ABC15 the leaders were upset with data that didn’t celebrate Arizona’s decisions to reopen the state. The effort to pause the modeling was reversed after backlash from around the world.

In the meantime, some Arizona hospitals are restricting visitation.

Starting Monday, November 23, HonorHealth will move to restricted visitation levels. "This means no general visitation will be allowed. Additional information will be posted on HonorHealth.com/visitor-restrictions soon,” said a spokesperson by email. The statement went on to read, "HonorHealth remains prepared for any potential surge in COVID-19 cases, and we remain well-positioned to deal with an increase in patients. Every day we monitor bed capacity, equipment, staffing and many other measures at all of our facilities to ensure that we can safely treat any suspected COVID-19 patients, and all other patients who walk through our doors.”

A spokesperson for Banner Health said Thursday, "We have transitioned to no visitors with few exceptions at our Tucson hospitals." Valley Wise Health will also be moving to visitor restrictions next week.

ABC15 made a public records request to the ADHS for the latest models. An ADHS response by email stated that it is unclear when this request may be fulfilled, saying, "Please note that given ADHS' daily health and safety related duties, including responding to the COVID-19 pandemic (and responding to public records requests received prior to yours), it is currently unclear as to how long it will take gather, review and ultimately respond to your request.”

A spokesperson for ADHS said they meet weekly with the modeling team, explaining, "the team meets weekly, and university partners present models and other information when those are available.”