Immigration courts, including in Tucson, remain open despite health concern 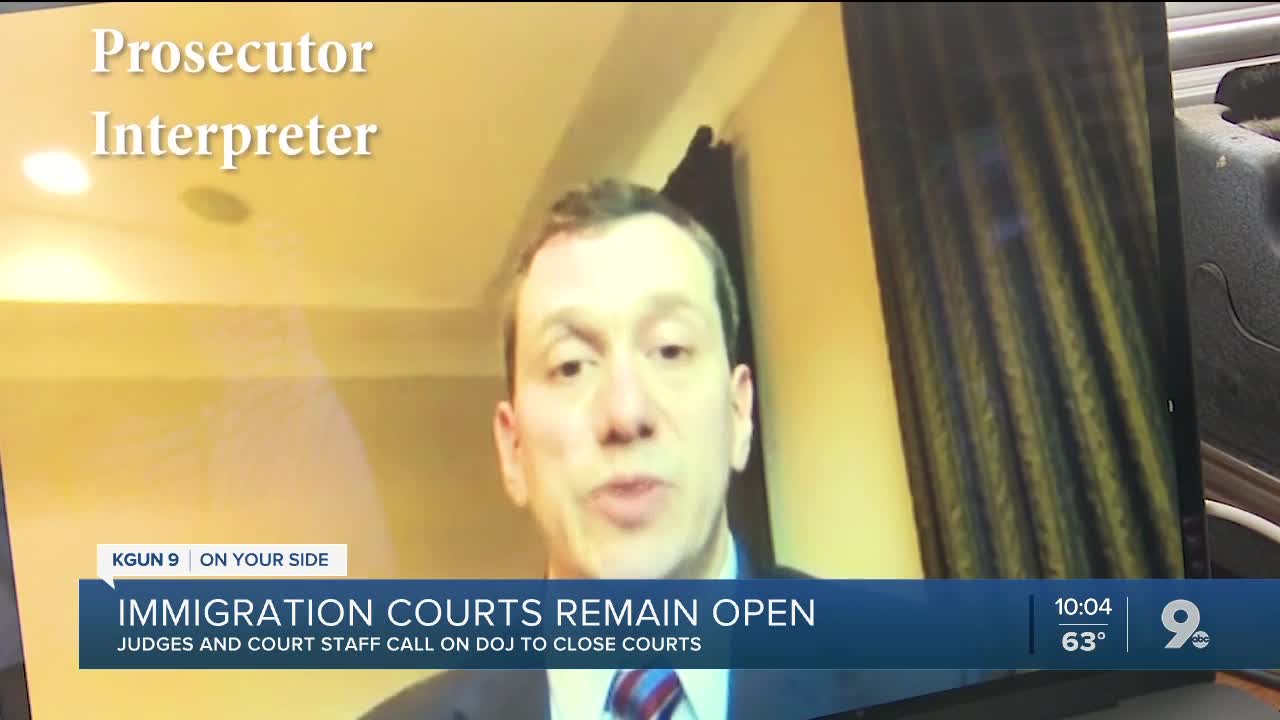 He spoke exclusively with KGUN9 as a member of a union representing immigration court judges across the country, the National Association of Immigration Judges or NAIJ.

Several immigration courts are closed in cities most affected by the covid-19 pandemic, but some courts, including the immigration court in Tucson, are still hearing cases for detained immigrants.

Judge Cole said the number of people just working the cases themselves is enough to be cause for concern.

"There's many court staff, both in the courtroom and out of the courtroom. interpreters are flying all over the country to attend these hearings."

Twice in the last 13 days KGUN9 has reached out to the Executive Office for Immigration Review, the branch of the United States Department of Justice that runs immigration courts.

We've asked about concerns regarding the coronavirus, no reply.

"We've really been met with, not just resistance, but silence. there is almost no dialogue with EOIR or the Department of Justice about what's going on," Cole said.

He went as far as to say the courts are only remaining open because of the Trump administration's tough stance on immigration.

"This is really a political issue, it really is the politics of immigration that's taking precedent over the public health crisis right now."

Cole said closing the courts temporarily wouldn't set back the process of the immigration justice.

"To delay a couple more weeks should not be an issue."