"I don't think any of us want to get sick," UArizona students prepare to shelter-in-place 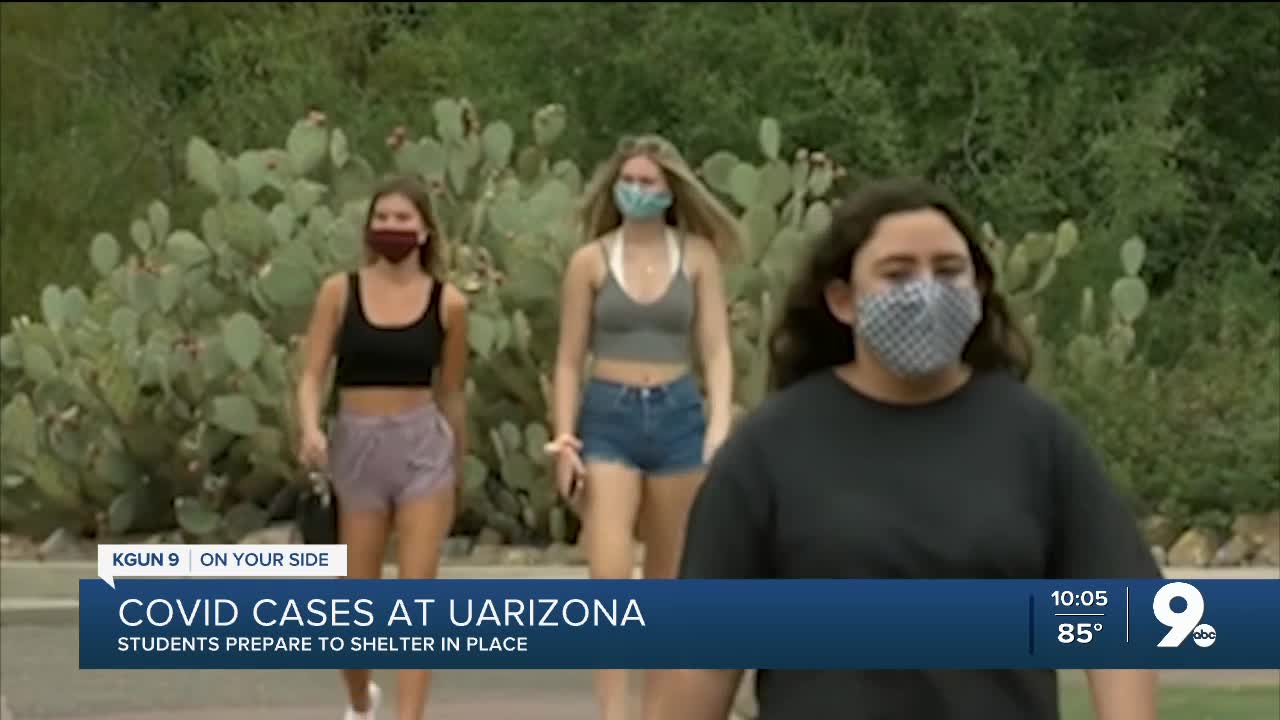 TUCSON, Ariz. — At the center of the effort to keep COVID-19 off campus have been the students.

"It's something that I know I take seriously and I know my other roommates do as well."

David Jones has been an undergrad and a grad student at the University of Arizona, now he's a PhD candidate.

He said he lives with two other students at a house off campus.

"Between March and the end of June, I actually wasn't in lab to do any of my research."

His education, Jones said, has been pursued at a distance.

"All of my courses, until further notice, everything is in a 'live-online' structure."

His education has been similar to that of other students, deprived of that "university experience."

"Shifting to online courses wasn't as detrimental to me however I personally prefer and I excel better when it comes to in-person lecture."

Doubt, he said, lingered ahead of this academic year.

"Before the Fall semester occurred, I was really wondering what the plan was going to be."

Jones said his optimism about having even having a Fall semester was tested by news from other universities around the country.

"It kind of put some sort of doubt in my mind when some of these other universities, within the first week or two, were already closing back down."

He said he and his roommates will abide by the shelter-in-place order and hope it means fewer cases on or around campus.

"The only time that anyone leaves the house is, either if they have to go to work or grocery store, wherever we go we have mask with us."