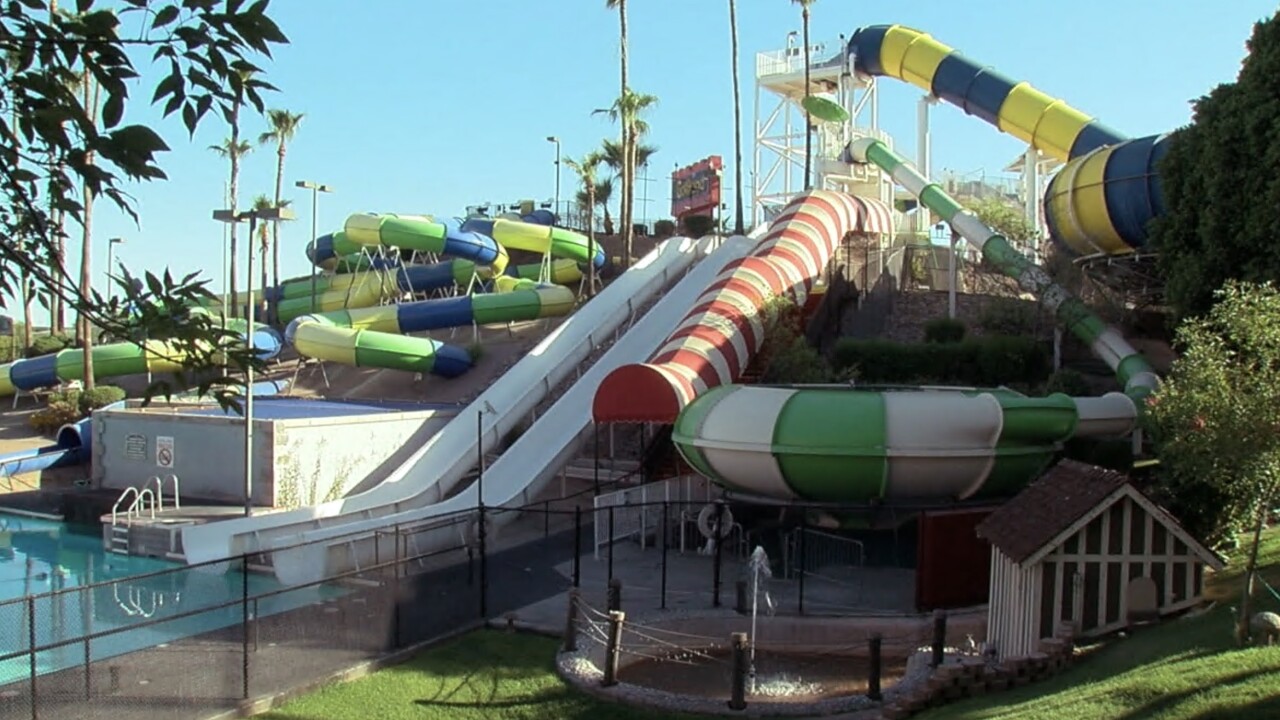 Golfland Sunsplash, an amusement and water park in Mesa, has filed a lawsuit against Arizona Gov. Doug Ducey claiming that state forced their "Sunsplash" water park to close during the novel coronavirus pandemic with no reopening guidelines while other water parks at nearby hotels, cities, and parks were allowed to reopen, the water park said.

The announcement comes one day after the Governor's Office and the Arizona Department of Health Services released a series of benchmarks that must be met in order for water parks, bars, gyms, fitness centers, and tube operators to potentially reopen. That decision was the result of a separate lawsuit from the owners of gyms and fitness centers who felt they were unfairly targeted by Gov. Ducey's June executive order that forced them and other industries to close.

“It is simply unacceptable that we were forced to close while several other waterparks across the state, including a state-operated waterpark, have been allowed to remain open," said Steve Carlston, general manager for Sunsplash in Mesa, in a news release. “Even when called to the state’s attention that other parks were still open, the state still took no action to close the other parks or allow Golfland Sunsplash to open."

In its lawsuit, Sunsplash alleges that while Gov. Ducey's executive order in June closed water parks, and other industries, it allowed pools at hotels and in some communities to remain open. The lawsuit then cites various hotels and resorts around the Valley believed to be open that have multiple pools and water park-type attractions, such as lazy rivers, water slides, and surf simulators.

Sunsplash also claims that it filed an attestation form with the Governor's Office and Arizona Department of Health Services to prove that it met current CDC guidelines, but never heard back from each.

The lawsuit accuses Gov. Ducey of violating procedural due process, substantive due process, and equal protection. The owners are seeking an injunction against the executive order, an undisclosed amount in damages, and to cover its legal fees.

In March, when cases began to increase in the Phoenix area and around the state, various attractions began to temporarily close. Gov. Ducey then issued an executive order, closing restaurant dining rooms, gyms, and movie theaters.

Those restrictions were loosened in mid-May when Gov. Ducey's stay-at-home order was allowed to expire. Sunsplash intended to reopen some of its water slides then, but received some public backlash over social distancing concerns.

On June 27, Gov. Ducey issued a new executive order that forced water parks, gyms, movie theaters, and bars to shut down again as the state saw an increase in COVID-19 cases. That order has since been extended indefinitely with Gov. Ducey saying it would be reviewed every two weeks. It remains in effect.

Great Wolf Lodge, which has an indoor water park, has reopened. However, because it is part of the Salt River Pima-Maricopa Indian Community, it falls under their jurisdiction and guidance, not Gov. Doug Ducey's.