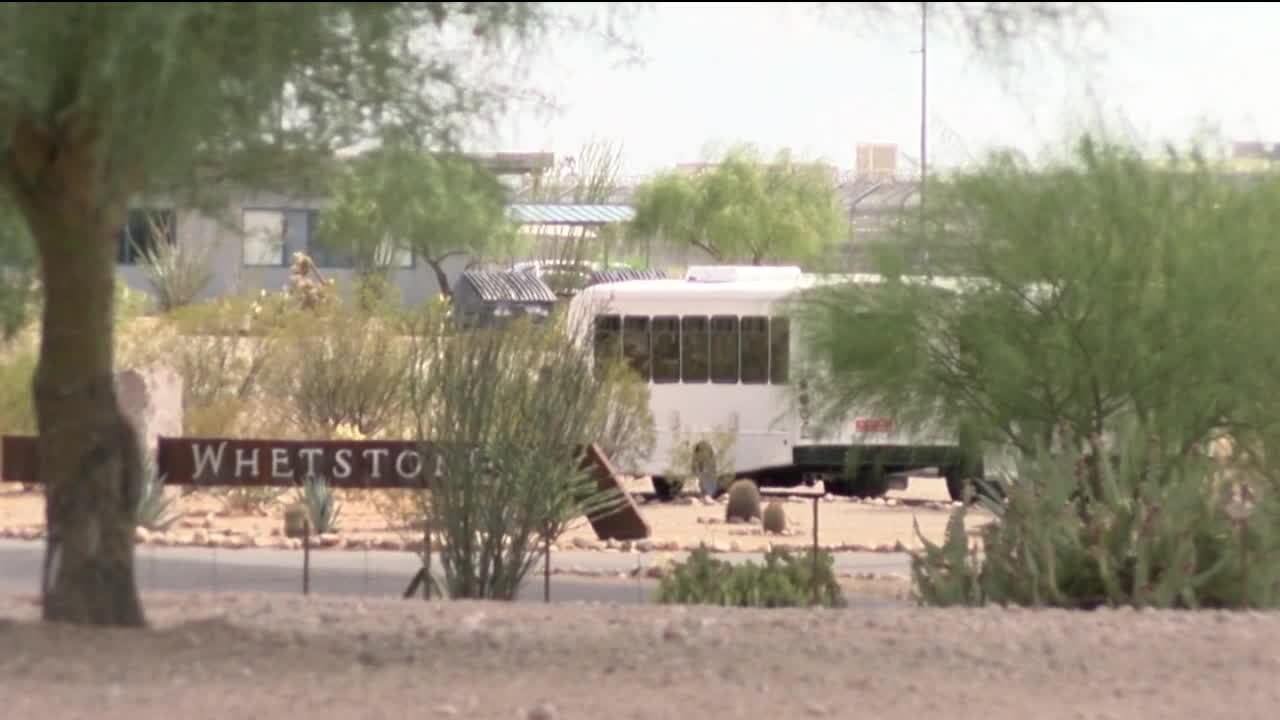 TUCSON, Ariz. — A man who asked KGUN9 to call him 'Donald,' said he was released from the Tucson prison complex last December.

Before he left, he said he ran into a friend he'd known for over 30 years.

"He looked at me one day and I looked at him and we kind of recognized each other. I said 'I
know you,' and he says 'I know you,'" Donald said.

He said he promised his friend he'd message him from the outside.

"I told him I would stay in touch and I emailed him like two months after I got out."

Just before the pandemic started, Donald said, he contacted his friend, still in the Whetstone Unit.

"He told me around March that there were people starting to get sick in there."

Sensing his friends growing desperation, Donald said he offered some advice based on his own experience at the prison.

"When I was in there I slept with my blanket over my head because people come in and cough, they cough all over the place. I told him, I says, start sleeping with your blanket over your head."

Donald said his friend described a growing concern among inmates about how the virus was being managed.

"They got a memorandum that said they were supposed to get two masks and they only give them one."

In late July reports of a 'disturbance' were clarified by prison officials as a 'minor issue' of inmates 'expressing concern about COVID.'

In a July 24th statement, prison officials said a 'brief discussion' was held and there was 'no hostility.'

The statement went on to say inmates would be served meals 'in house' (in their cells) for 14 days.

He said his friend told him he tested positive for the virus, twice.

The next largest complex after Tucson, at Tuma, confirms 108 cases.

Donald said one problem could be the close quarters in the facilities.

He says there's only one place an inmate can realistically have 6-feet of distance between them.

"When you take a shower you leave one bay open so that gives you about 6-foot in the
shower."