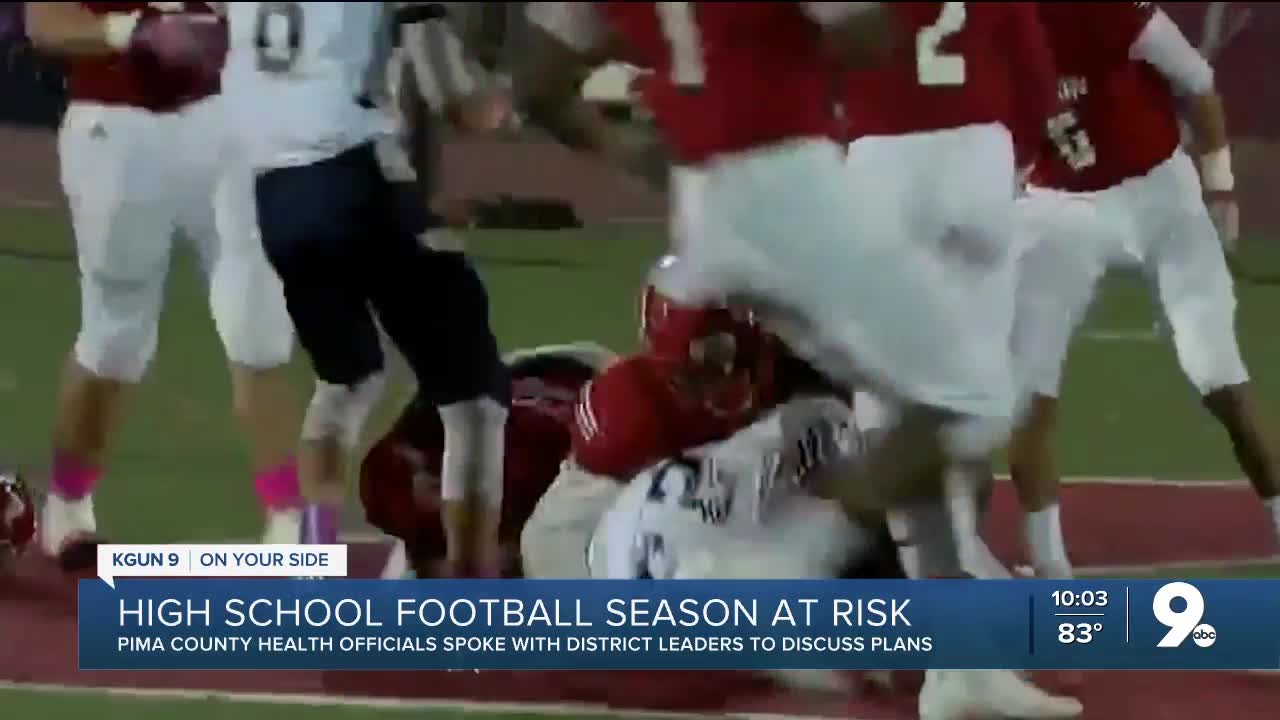 Health officials say they're having discussions with district leaders

Cullen said the Arizona Interscholastic Association, which governs school sports in the state, had the same guidelines as state's on all aspects of COVID-19 except one: the definition of 'minimal community spread.'

That's the condition that would need to be met for schools to continue contact sports.

Because the county remains below the benchmark for cases over two consecutive weeks contact sports, like high school football, may have to delay their practices, and by extension their seasons, until all benchmarks meet criteria.

KGUN9 reached out to the biggest district in the county: TUSD.

A district spokesperson said because they're in Fall break they were not able to provide comment.

He said his team has been practicing for a month and as of two weeks ago started practice with helmets.

Argraves said full contact practice would have started next Tuesday.

Of his 50 or so varsity players, Argraves said, 20 are seniors.

While he said he feels for every player in his program, he its hardest on his seniors.

The County's Health Department said it only provides guidance to districts and that ultimately the decision rests with them.