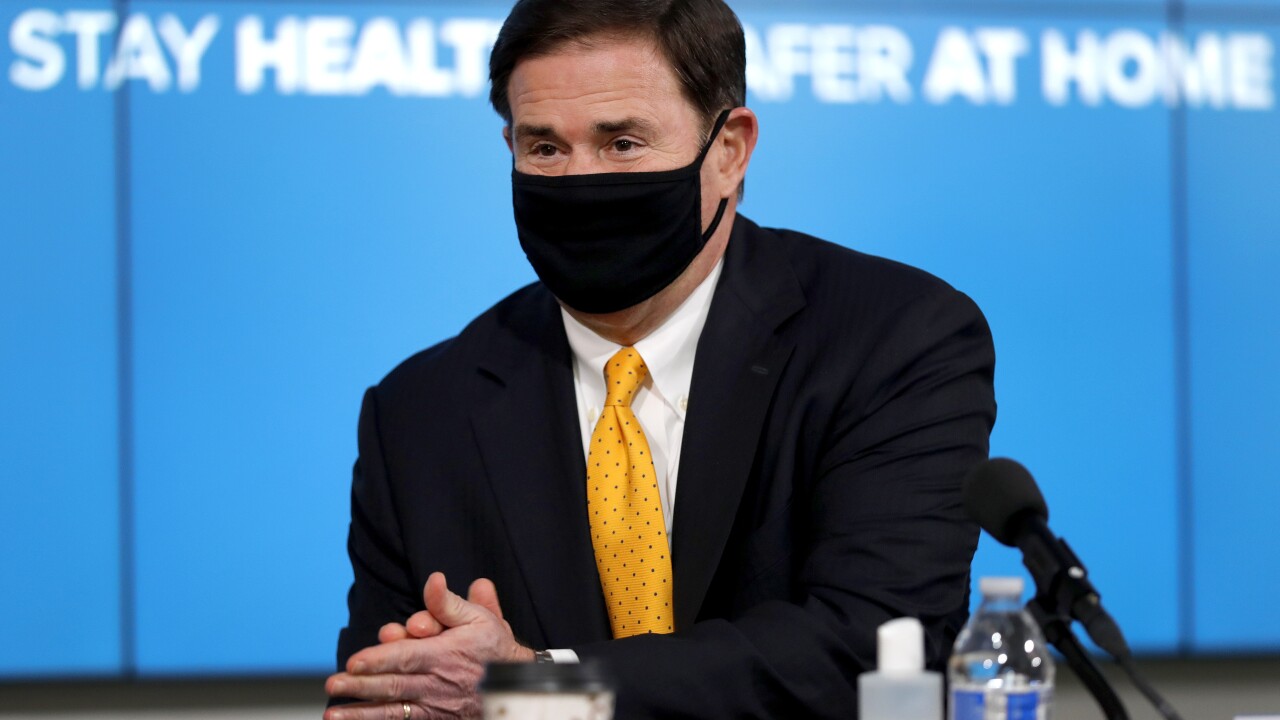 Matt York/AP
FILE - In this July 23, 2020 file photo, a masked Arizona Republican Gov. Doug Ducey applies hand sanitizer prior to giving the latest Arizona coronavirus update during a news conference in Phoenix. In early August, Ducey beamed in the White House as he basked in praise from President Donald Trump for his handling of the COVID-19 outbreak. Arizona's response to the virus, Trump said, was a model for other states. Just a few weeks earlier, Ducey was being vilified as Arizona hospital beds filled with infected patients and hundreds of people were dying each week. Whether Ducey deserves credit or blame for alternately controlling and unleashing the virus is not in doubt — observers say he's earned both. (AP Photo/Matt York, Pool, File)

PHOENIX (AP) — Arizona Governor Doug Ducey has received good and bad marks for his response to the coronavirus crisis.

Ducey beamed when he visited the White House in August and was praised by President Donald Trump, who called Arizona a virus response model for other states.

Critics say Ducey is to blame for Arizona's huge June and July spike in cases and deaths after he reopened the state's economy in May. Ducey has brushed off the criticism.