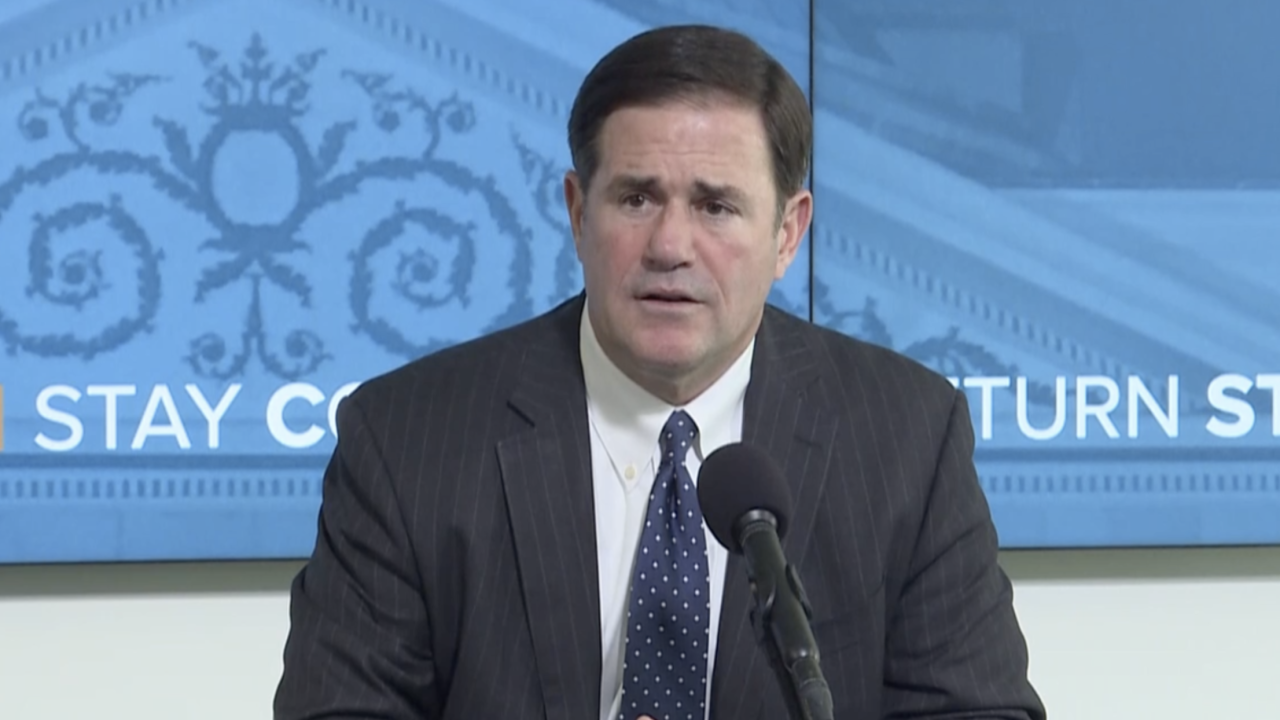 Governor Doug Ducey will resolve a lingering school funding issue by executive order, allowing schools to adopt hybrid and distance learning models without losing millions in state funding, according to the governor’s spokesman.

The governor will use an additional $270 million in funding from the federal CARES Act, to pay for safety protocols, technology and remedial courses for students who’ve fallen behind.

That $270 million comes from the $850 million to fund education through the CARES Act, of which the governor can use $270 million at his discretion.

Wednesday afternoon, the governor sat in a closed-door meeting with Arizona Superintendent Kathy Hoffman, along with school superintendents, finalizing the plans for funding schools for in 2020-2021.

The governor’s order clears away a big worry for school districts. Under state law, full funding is tied to students being physically in class. As many schools unveil plans to provide online and hybrid learning plans, superintendents were worried they could lose millions of dollars. The governor’s order allows districts to tally enrollment regardless of whether parents choose to send their children into the classroom.

The spokesperson also said the executive order cuts the "red tape," and answers a call to action from educators, who’ve contacted the governor’s office with numerous calls and emails.

According to a spokesperson, $40 million for expanding broadband and technology, and $20 million for academy courses for children who fell behind during the Spring semester when the pandemic first started. $6 million is being set aside for the hiring of new teachers and training teachers for online learning platforms.

And under the Express Pay Program, the governor has allocated $69 million for COVID-related costs, which includes personal protective equipment.

The executive order will also include an accountability provision. The governor’s office says metrics will be put in place to make sure educational standards are being met, but it was unclear if the governor’s order would require students to resume AZMerit assessment testing next spring. Some state funding is tied to year-to-year improvement in test scores, and educators fear scores will drop because some students have fallen behind.

Educators had been calling for the governor to call a special session because resolving the issue requires a change in the state’s funding formula which is codified by state statute. The governor’s executive order appears to bypass that process, using the governor’s broad powers under a public health emergency order.

Some lawmakers had even prepared legislation, anticipating a special session. State Senator Sylvia Allen, who chairs the Senate Education Committee, told ABC15 Thursday, she believes the legislature needs to act on this, and resolving it by executive order is unconstitutional.

“It needs to be done in a special session so it can be done properly,” she said.

Educators say, it just needs to be done soon, with some districts set to resume in less than four weeks.

"The number one thing that we need from the legislature or the governor is predictability. We need to know what our budget is going to be, regardless of how many students show up on the first day," said Chris Kotterman with the AZ School Boards Association.