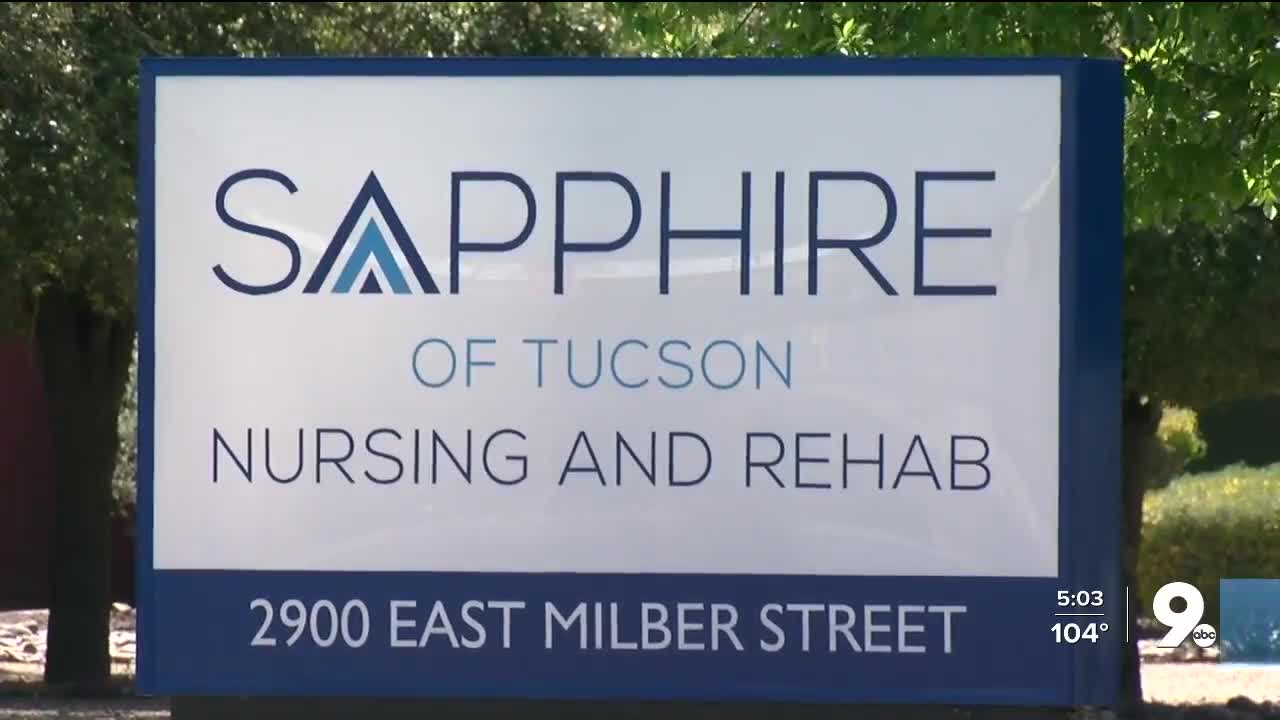 It's the highest death toll of any nursing home in the state, federal data shows. 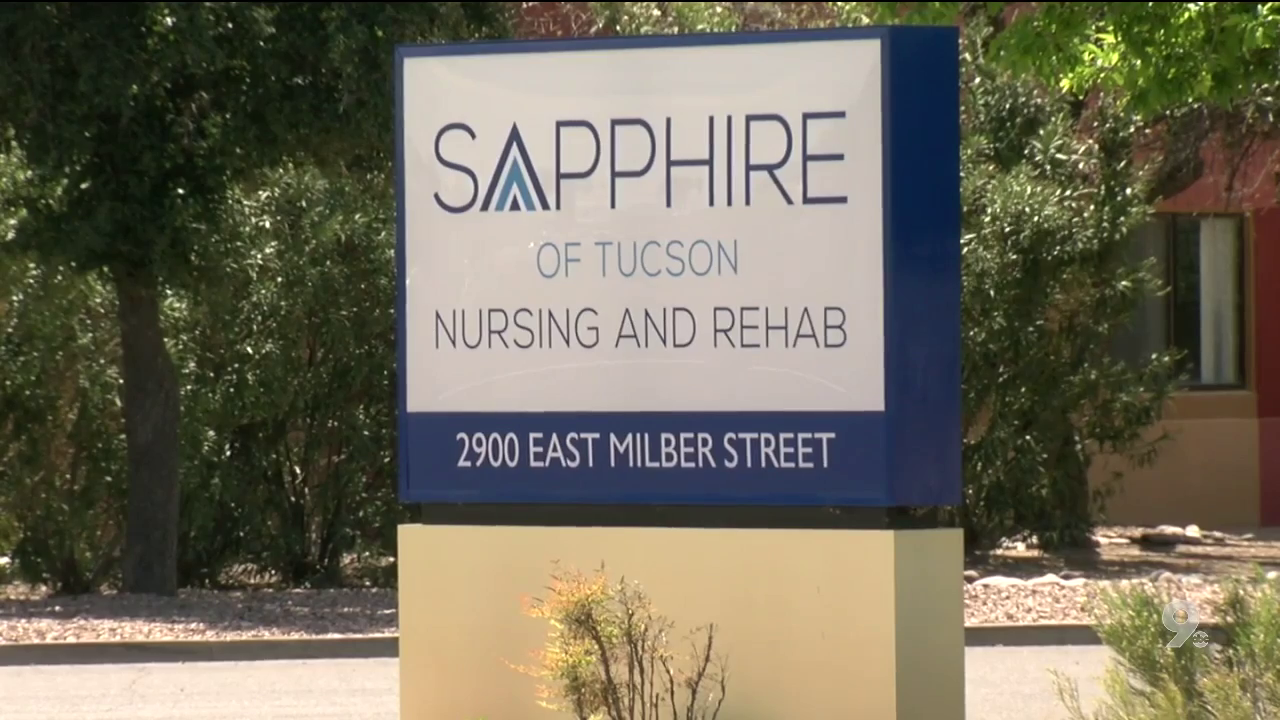 TUCSON, Ariz. — The nursing home hardest hit by COVID-19 in Arizona is in Tucson, according to data released by the federal government.

According to a new database from the Centers for Medicare and Medicaid Services (CMS), 32 residents of Sapphire of Tucson have died from COVID-19 since May. The facility also reported 112 confirmed cases of the virus among its residents and 39 cases among employees to the federal agency. No employees who contracted the virus have died, the CMS data show.

Another Tucson nursing home listed in the dataset -- Handmaker Home for the Aging -- reported 16 coronavirus-related deaths among its residents. But the facility, which is on Rosemont Boulevard near Tucson Medical Center, lists only 19 confirmed cases of COVID-19 among all its residents and 21 cases among staff members.

The database from CMS only includes facilities that are certified as "Medicare and Medicaid skilled nursing facilities," and therefore does not include all nursing homes in the Tucson area.

Sapphire of Tucson emerged as an early hot spot of the virus earlier this year. A spokesperson for the facility reported on April 20 that 55 residents and 30 employees had contracted the virus, but declined to say how many of those residents had died. The Pima County Health Department declined to release that number, as well.

In a statement at the time, the spokesperson said, "Sapphire remains in regular contact with the Pima County Health Department and the Arizona Department of Health Services. We closely follow their guidance, along with that of the CDC and CMS (Centers for Medicare and Medicaid Services)."

But public records show the Arizona Department of Health Services cited the facility after an infection control survey on April 2. The AZDHS report says Sapphire "failed to implement their infection control policies to protect the health and safety of residents." In the report, a state health inspector says the second floor of the facility was being used to house COVID-19 patients. There, the inspector found a staff member had pulled down her mask to talk on the phone, and an open trash bin of used personal protective equipment (PPE) right next to boxes of clean PPE.

The health inspector also notes several instances of staff members using their bare hands to adjust their PPE and touch trash bins. The inspector also attempted to get hand sanitizer from two dispensers on the floor, both of which were empty.

The citation concludes "the facility failed to ensure that infection control standards were followed. The deficient practice could result in the spread of infections, including COVID-19 to residents and staff."

AZDHS records show Sapphire had corrected the practices outlined in the citation, which was confirmed by the department on May 8.

A May 20 inspection of Handmaker Home for the Aging also found misuse of PPE among staff. In a report, the inspector says Handmaker "failed to ensure that adequate Personal Protective Equipment (PPE) was used when caring for residents. The deficient practice could result in the spread of infection, including COVID-19." Specifically, the health inspector noted a staff member entering the rooms of residents who had tested positive for COVID-19 while only wearing eyeglasses, not the full face shield as required per the facility's protocol.