Collier Center, in downtown Phoenix, evacuated due to suspicious substance 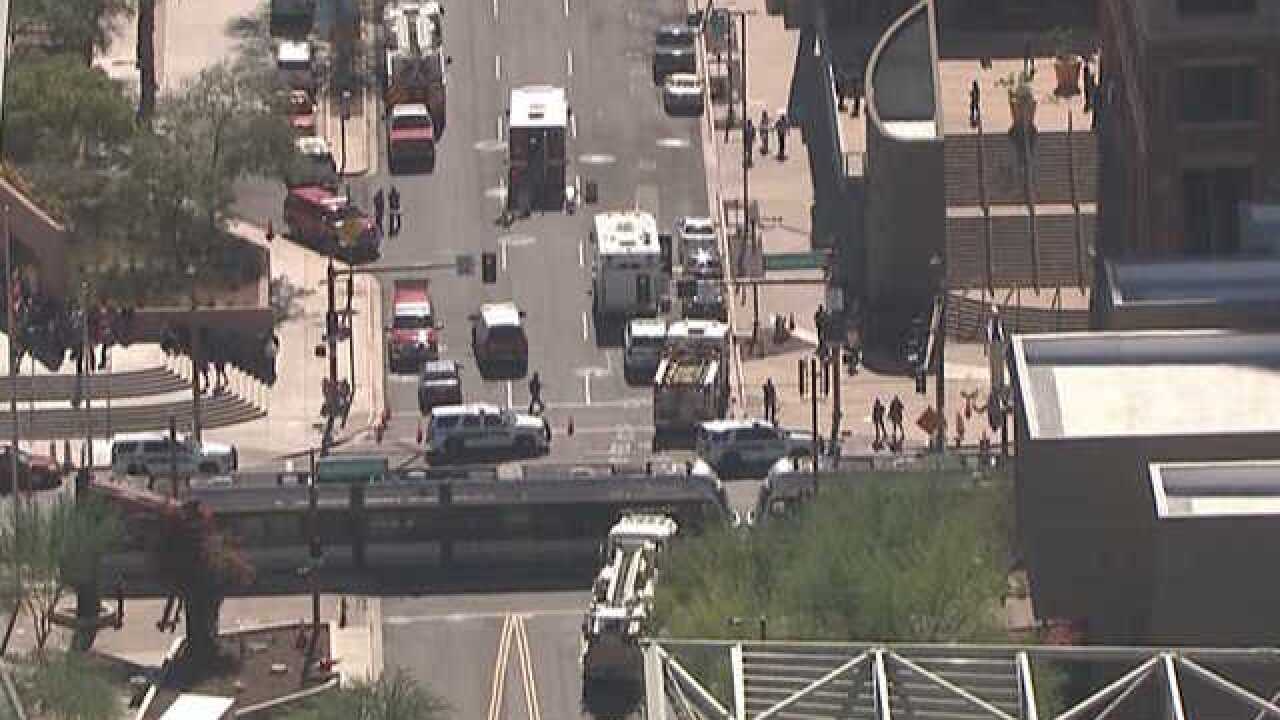 Collier Center in downtown Phoenix was evacuated due to reports of a suspicious substance found on the premises.

An envelope containing a suspicious substance was discovered at roughly 11:52 a.m. on the 20th floor of 201 E. Washington. The address comes back to the Collier Center, according to Phoenix Fire.

Two individuals came in contact with the unknown substance in the envelope and were evaluated by Phoenix firefighters.

Police have determined that the substance is not harmful.

Editor's note: Phoenix Fire Department previously reported this suspicious substance at Phoenix City Hall. They have since updated the location to the Collier Center.