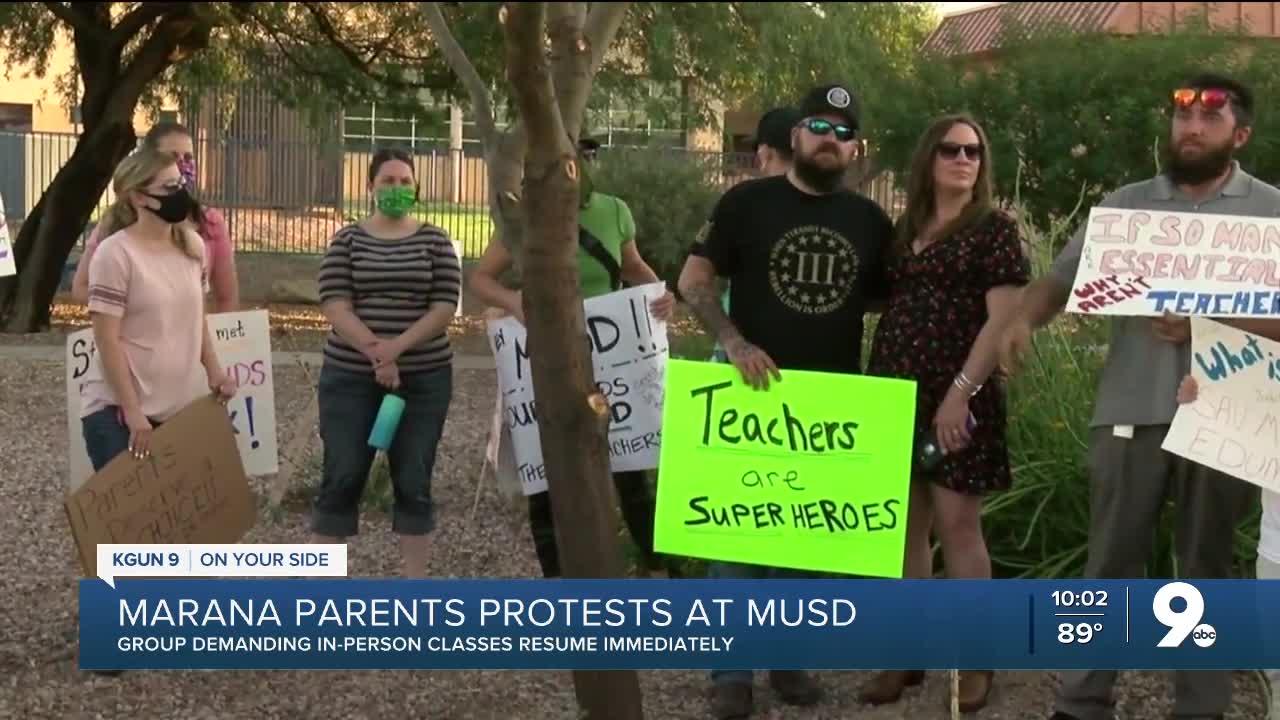 MARANA, Ariz. — Each of them has their reasons.

"We are struggling."
"We want our schools open."
"He is on screens all day and I feel like it affects him."

Their message all the same: open up schools in Marana.

They gave their own reasons for wanting their children back in class.

"He's my oldest at five and I've got four kids, so trying to do school at home has been so difficult," MUSD parent, Courtney Lewis said.

Another MUSD parent, Kyle Vilaubi, said he has one child in middle school and another starting kindergarten next year.

He wants his children in school and say those who don't should also have a choice.

Penny Peterson, the parent of a high school senior, said she has a plan if schools remain closed.

"I'll do what they say. Personally, I'm kind of stuck, I have a senior in high school, I don't really have an option."

"Probably going to pull him from school and try a neighborhood schoolhouse, literally."

Let's say they get what they want and schools open again.

Will they abide by any health precautions?

"I would have him wear a mask and...Hopefully they'd be able to be in class," Peterson said.

"I feel mask on a child is child abuse, one-hundred percent," Vilaubi said.

The Marana district has given parents a survey, the district said, to give them information as they "create a strategy for bringing students back to school."

Parents have until September 8th to submit theirs. 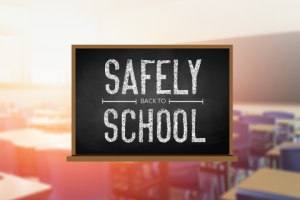