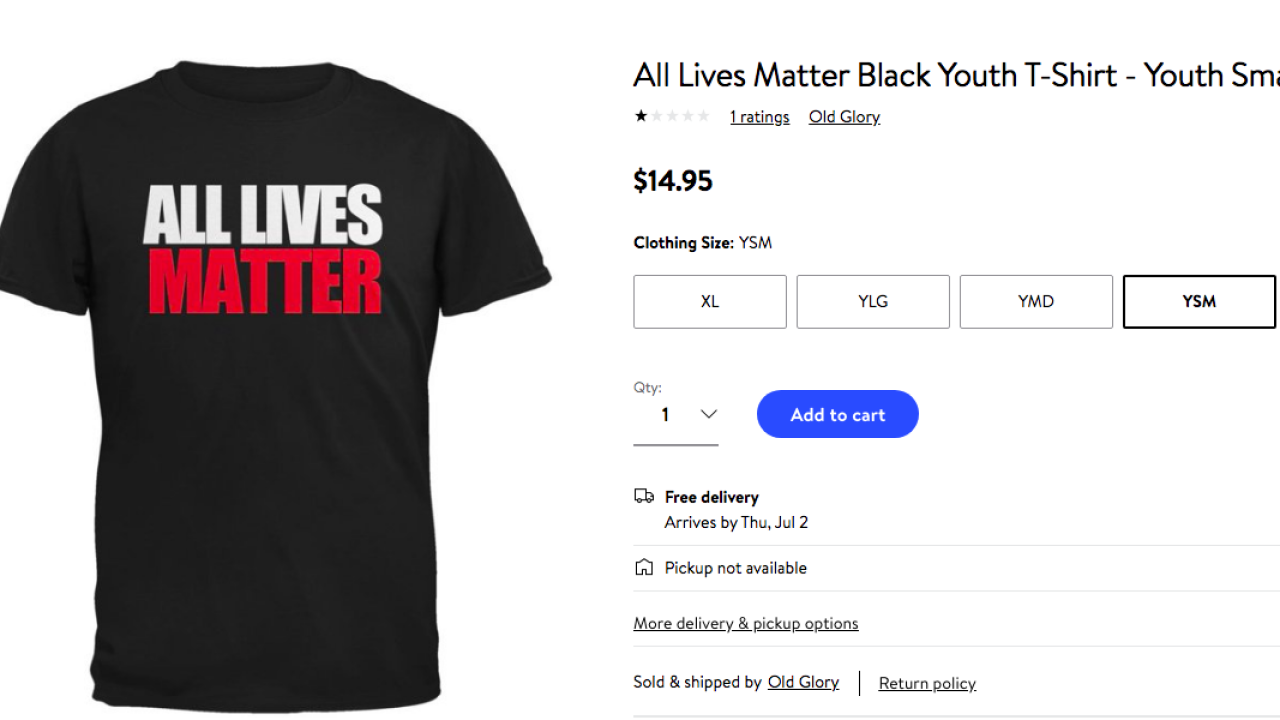 Consumers are reportedly not pleased with Walmart as the retail giant faces backlash for selling a T-shirt with the words "All Lives Matter" on it.

The shirt is being sold by third-party vendor Old Glory, according to Walmart's website.

The T-shirts are being sold online by Walmart.com and Walmart Canada, according to CNN.