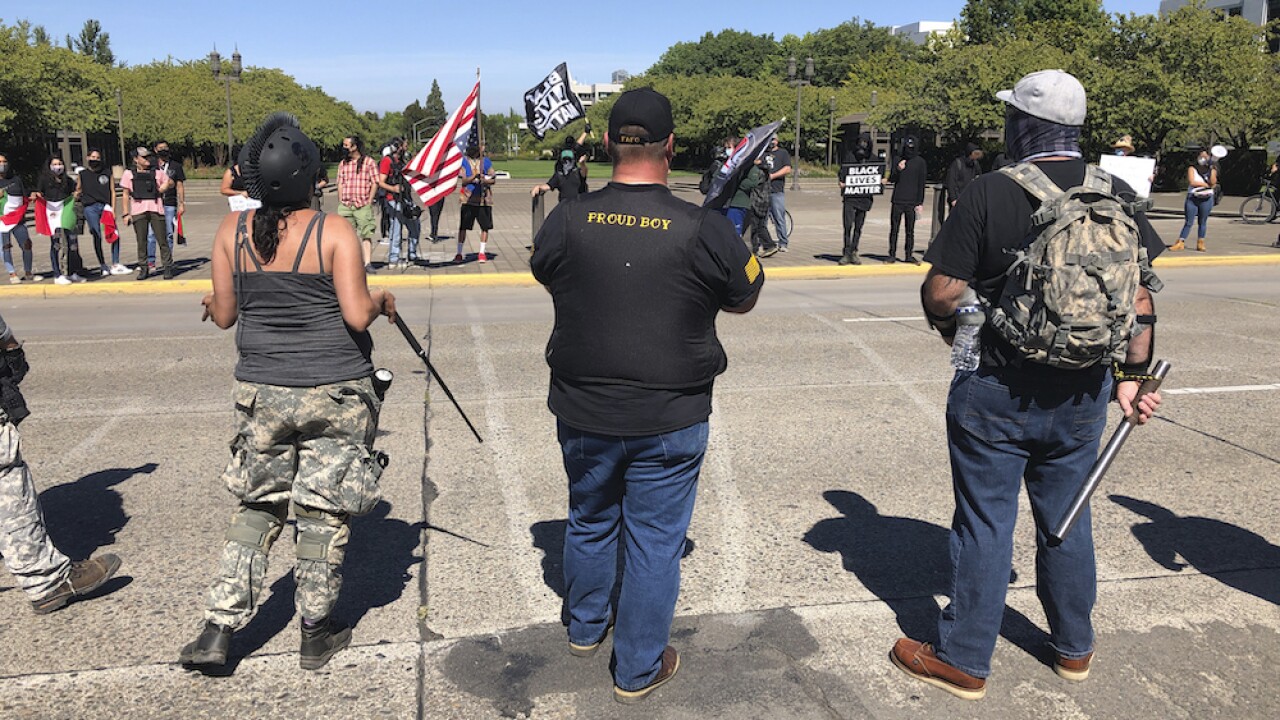 A gathering of supporters of President Donald Trump once again clashed with counter-protesters in Oregon on Monday, as the state continues to deal with political and civil unrest ahead of November's general election.

According to KGW-TV, Trump supporters initially gathered at Clackamas Community College in Oregon City for the "Oregon for Trump Labor Day Cruise Rally." Supporters of the President adorned their cars with campaign flags and made the short drive to Salem, Oregon. The Associated Press also noted that some participants displayed signs in support of the QAnon conspiracy theory.

The vehicle parade made about an hour-long trip from Oregon City to Salem. The AP reports that most vehicles split from the group before arriving in Salem.

ABC News reports that among those Trump supporters who traveled to Salem were members of the Proud Boys, a right-wing group known for political violence.

The suspect in that shooting, Michael Forest Reinoehl, was shot and killed in Washington state Friday as U.S. Marshals attempted to take him into custody.