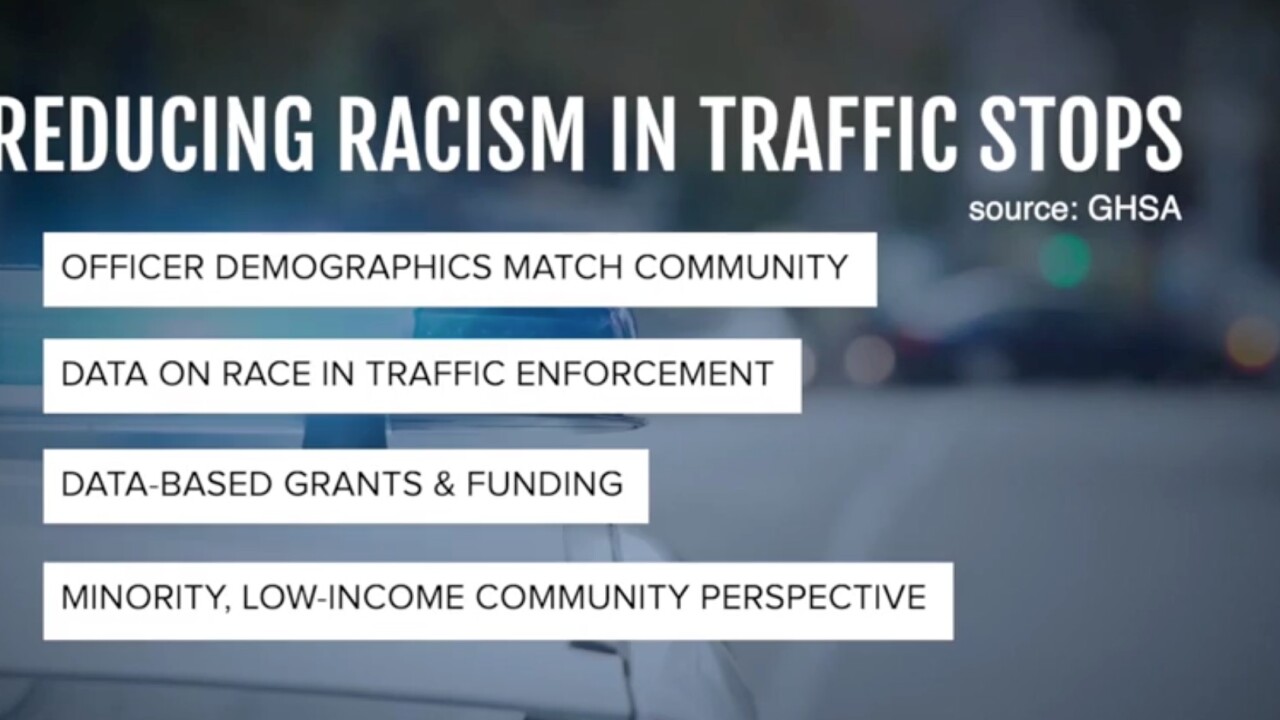 According to the Stanford Open Policing Project, which looked at nearly 100 million traffic stops, there are significant racial disparities in policing.

Black drivers are stopped more frequently than white drivers, and Black and Hispanic drivers are more likely to be searched.

“The public has to have confidence and trust in highway safety enforcement and law enforcement and that trust has been reduced because of recent events,” said Jonathan Adkins, Executive Director at the Governors Highway Safety Association.

The association doesn't believe widespread agency defunding or pulling officers from stops is the answer.

“If someone is speeding, driving aggressively, driving drunk, you don’t want a social worker pulling them over, that needs to be a law enforcement officer with a weapon to protect him or herself,” said Adkins.

The association points to more training on racism, bias and de-escalation.

Another important component to building public trust is positive stops.

“If someone is doing the right thing and you have an encounter with them, give them a dollar certificate for ice cream, give them an award, thanks for having your child buckled up correctly in the backseat,” said Adkins.

Adkins says at the same time, you don’t want to pull back on traffic enforcement. He says we saw the results of that early on in the COVID-19 pandemic. More people were speeding and traffic deaths were up.