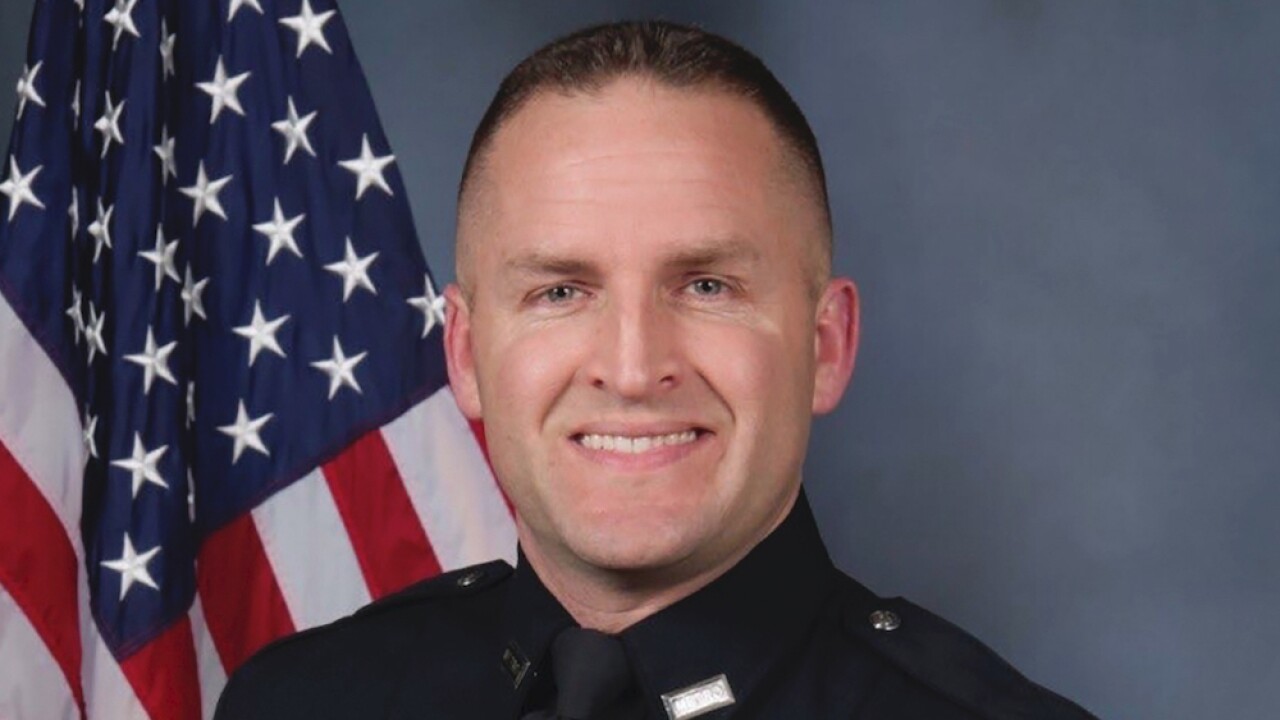 AP
FILE - This undated file photo provided by the Louisville Metro Police Department shows officer Brett Hankison. A Kentucky grand jury on Wednesday, Sept. 23, 2020, indicted the former police officer for shooting into neighboring apartments but did not move forward with charges against any officers for their role in Breonna Taylor’s death. The jury announced that fired Officer Brett Hankison was charged with three counts of wanton endangerment in connection to the police raid of Taylor's home on the night of March 13. (Louisville Metro Police Department via AP, File)

The only Louisville police officer who was charged with a crime relating to the raid that resulted in the death of Breonna Taylor has been accused of sexual assault.

According to WAVE-TV in Louisville, a woman has filed a lawsuit against former Louisville Metro Police Department Officer Brett Hankison, accusing him of assaulting her after he gave her a ride home from a bar where he was working security.

According to the lawsuit, the plaintiff, Margo Borders, met Hankison through mutual friends in 2017. In 2018, Border met friends at Tin Roof, a bar west of downtown Louisville where Hankison was working a side job as a security guard.

Borders said she had been drinking that evening, and when she went to call an Uber, Hankison insisted that he drive her home. When he dropped her off at her apartment, he allegedly invited himself in. Borders alleges that when she went to sleep, Hankison "willfully, intentionally, painfully and violently sexually assaulted" her.

When Borders regained consciousness, she yelled at Hankison and asked him to leave. Borders alleges that Hankison later messaged her and allegedly tried to convince her that they had "engaged in consensual relations."

The lawsuit also includes claims from nine other women who say Hankison either approached them with unwanted sexual advances or assaulted them.

CNN reports that Hankison's police file includes 50 internal reports, including two reports of alleged sexual misconduct. He was exonerated in both incidents.

Hankison was fired from the LMPD earlier this year. He faces three charges of wanton endangerment for his actions in the raid that led to the death of Breonna Taylor, as he's accused of firing his weapon and endangering the lives of Taylor's neighbors.

No officers involved in the raid faced homicide charges in Taylor's death, and Kentucky Attorney General Daniel Cameron has said the officer's actions were justified because they were fired upon by Taylor's boyfriend. However, grand jurors who weighed charges for the officers have said publicly that Cameron did not afford them the opportunity to charge officers with a homicide.