BLM supporters resilient in the face of hate, as murals across the country are vandalized

BLM supporters resilient as murals across the country are vandalized 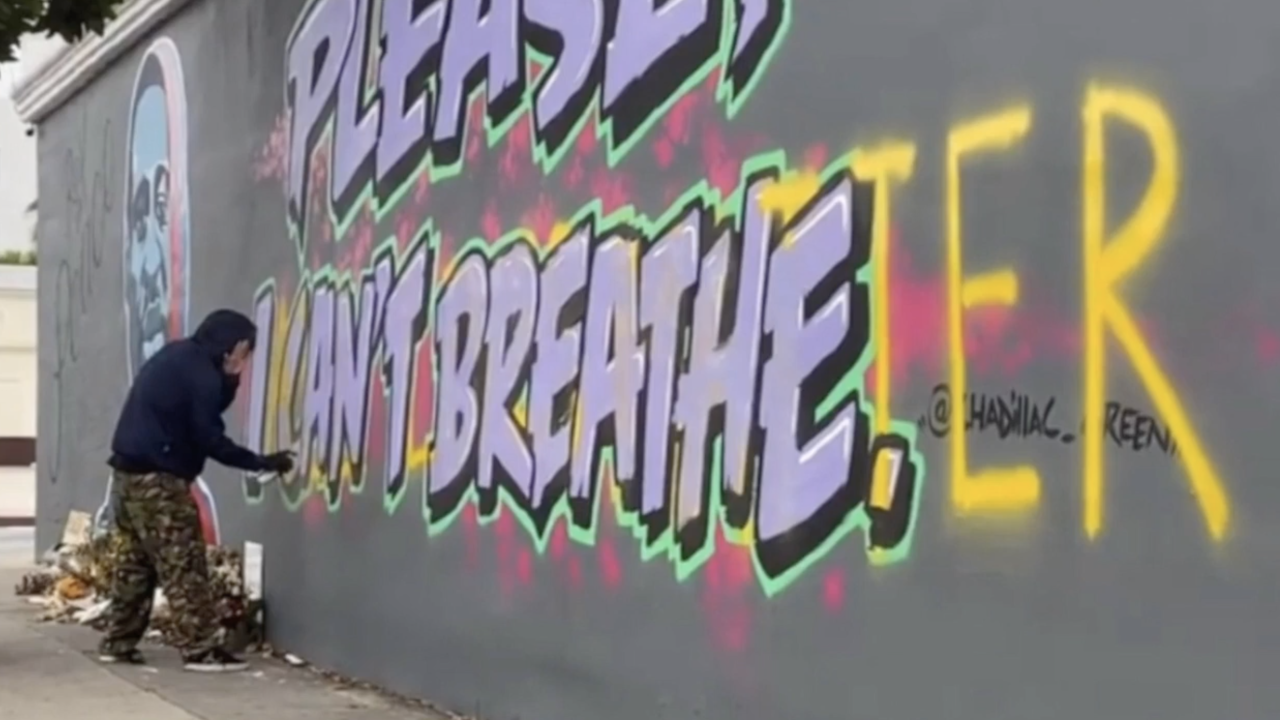 Bright colors paint the streets and sides of buildings across America, as murals are created as a symbol of solidarity for the black community.

But many of the murals already have scars, vandalized with tar, tire marks, and words of hate.

When a mural paying tribute to George Floyd went up in the downtown area, Green jokes that he thought he was in a different city. Santa Barbara has strict rules on what signs are allowed on buildings. The town has a uniform architecture of red tile roofs and white stucco walls.

"To have a Black man on the side of a wall, which is supposed to be white, is not something a lot of people want to see, especially in Santa Barbara," said Bix Kaufman, owner of EOS Lounge.

After the death of Floyd, Kaufman broke the city's longstanding tradition, inviting an artist to transform the white wall outside his club. The overwhelming white community has a Black population of less than 2 percent.

"This is, I think, one of the strongest statements in Santa Barbara right now, and it feels really good. And there's been so much positive feedback," said Kaufman.

Green visits the mural twice a day now, "I'm very optimistic, yes, because of the young people stepping for the cause."

He's been marching with young activists and hopes to send some to a massive march planned for this August in Washington D.C., led by Al Sharpton and Floyd's family. Green's donating proceeds from his album, Ron Paris: "Soul Mate", which is available on Amazon.

But the racism the mural was designed to combat resurfaced with a can of yellow paint. The words "All Lives Matter" sprayed over the words "I can't breathe."

Vandalism of the Santa Barbara mural is far from an isolated incident. Similar headlines can be found across the country, from Vermont to Texas, Florida, Ohio, and Oregon.

"It should be a big wake up call for all of America, that there's a lot of problems that need to be fixed and it's not going to happen overnight. But we can start with having justice served," said Kaufman.

But in the face of hate, artists and activists have grown more resilient.

In Santa Barbara, the mural was not only repaired within hours but also granted permission by the city to stay up indefinitely, according to Kaufman.

"We heard the word revolution during the 60s. this is a cultural revolution," said Stan Holder, a poet and activist.

Holder has helped cover the Santa Barbara mural with stories of pain endured by generations.

"How many more innocent Black lives must be sacrificed for us to all realize we are all in this human race together?" Holder reads off the wall.

"People go back to their regular lives and sometimes forget this is still a problem," said Kaufman.

He hopes the mural serves as a constant reminder of the years of work ahead needed to fight systematic racism and achieve equality for all.