7 tips for saving on Halloween costumes 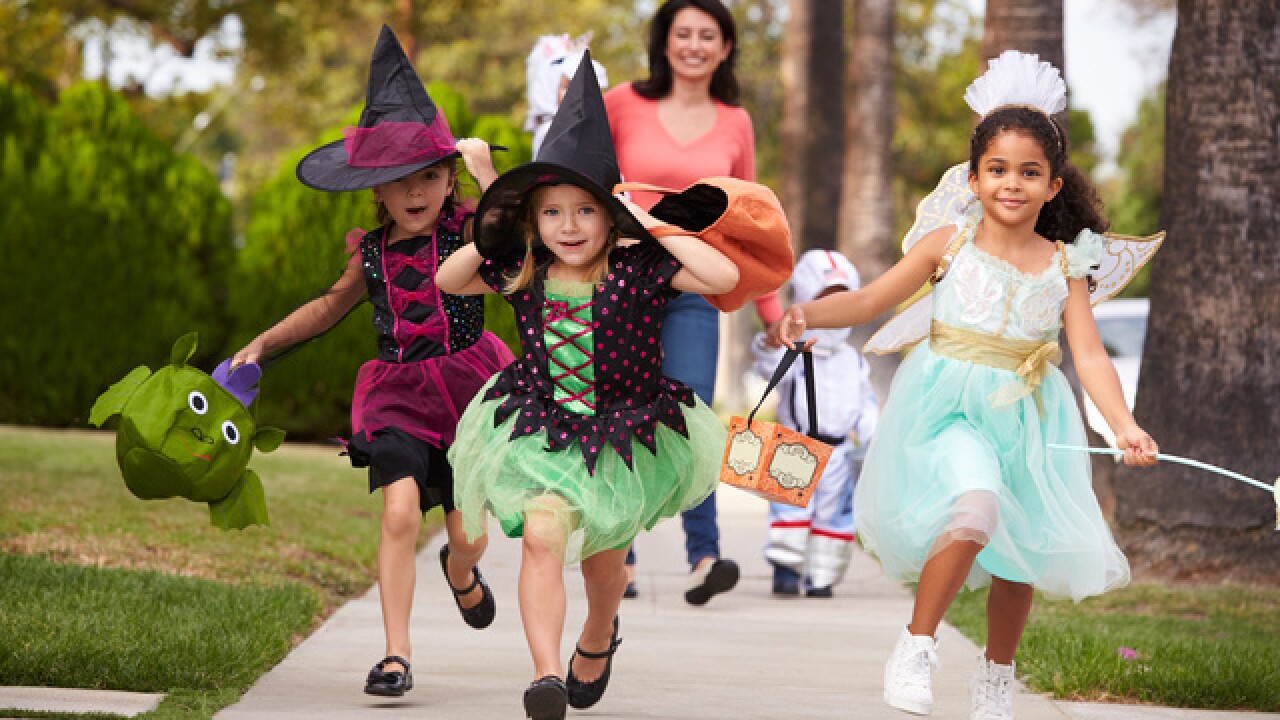 If the price tag on the tattered zombie costume at the Halloween store gives you a fright, it’s time to look for ways to shed some of the cost. Here’s how much shoppers are expected to spend on the Oct. 31 holiday, plus ways to trim that amount with money-saving tips.

Carving Up The Cost Of Halloween

Projected Halloween spending figures are enough to make you scream. Americans are expected to fork out $9.1 billion on the festivities this year, according to a 2017 Halloween survey from the National Retail Federation. Participating consumers are expected to spend an average of $86.13 on Halloween in 2017, more than last year’s $82.93, according to the NRF. Some 69 percent of Halloween shoppers plan to buy costumes for a projected total of $3.4 billion. Halloween is a big spending holiday because of its widespread appeal for adults and children alike, says Joyce Hicks, associate professor of business at Saint Mary’s College in Notre Dame, Indiana. All that spending makes Halloween a huge money maker for retailers. Costumes are often expensive because consumers are willing to pay the prices, Hicks says—especially for popular characters. “A good retailer knows if the demand is going to be that high, they can actually up-charge and mark up the costume even more than they originally planned,” she says.

Spookily Simple Strategies To Save

So are you stuck paying a high price for something you wear only one day out of the year? Not so fast. “There’s Thanksgiving and Christmas, but for whatever reason, you hardly ever hear anyone talk about a Halloween budget,” says Nora Yousif, associate vice president at RBC Wealth Management in the Boston area. But budgeting can work for this holiday, too. If you plan to celebrate, Yousif recommends setting aside some money to devote to Halloween and then being smart about how you spend that allocation. To help you out, we rounded up tips from experts. These won’t help you decide whether to be Wonder Woman or Minnie Mouse, but they can help you cut costs on whatever outfit you don.

Hicks likens being unprepared in a Halloween pop-up store to shopping at a grocery store when you’re hungry; you’ll spend more than you planned. Know what you want to find before you let your eyes take over. For instance, instead of throwing accessories into your cart, decide you need a mask and cape—and that’s it.

Sometimes accessories are all you need. Many shoppers buy a few items and combine them with pieces from home rather than buy an entire costume, says Devin Rubink, spokesman for HalloweenCostumes.com. Your unique creation will save money and make you less likely to compete in a “who wore it better?” contest.

3. Pick A Different Version Of The Same Character

Superheroes and movie characters are among the top 2017 costume trends, Rubink says. But there are often multiple versions of the same character, so find one that fits your needs. “We have 113 items in our Wonder Woman costume page, so they can shop for the style they want or they can shop at the price point they want,” he says of HalloweenCostumes.com.

Your second or third choice might be more affordable than your first. Trendy costumes will likely see higher demand and higher prices, so consider going with something that’s more likely to be discounted, Hicks recommends. For instance, if there are too many ghosts left on the shelf, the store will want to unload them.

Yousif says you’ll generally pay a premium for items in the Halloween section, but you can usually find accessories or makeup in other departments for less. There’s always the thrift store, too.

While decorations can be used year after year, Hicks points out that many consumers throw away their costumes once Nov. 1 arrives. So when the expensive accessories start calling your name, remember that Halloween is just one day.

7. Stay True To Your Finances

Hicks says there’s a sense of unaccountability associated with Halloween. After all, you’re wearing a costume that masks your true identity. But don’t let that unaccountability spill over into your spending. “Anything that’s outside of your budget should not be included in your purchase,” she says.

The article Unmasking Halloween: Secrets for Saving on Costumes originally appeared on NerdWallet.