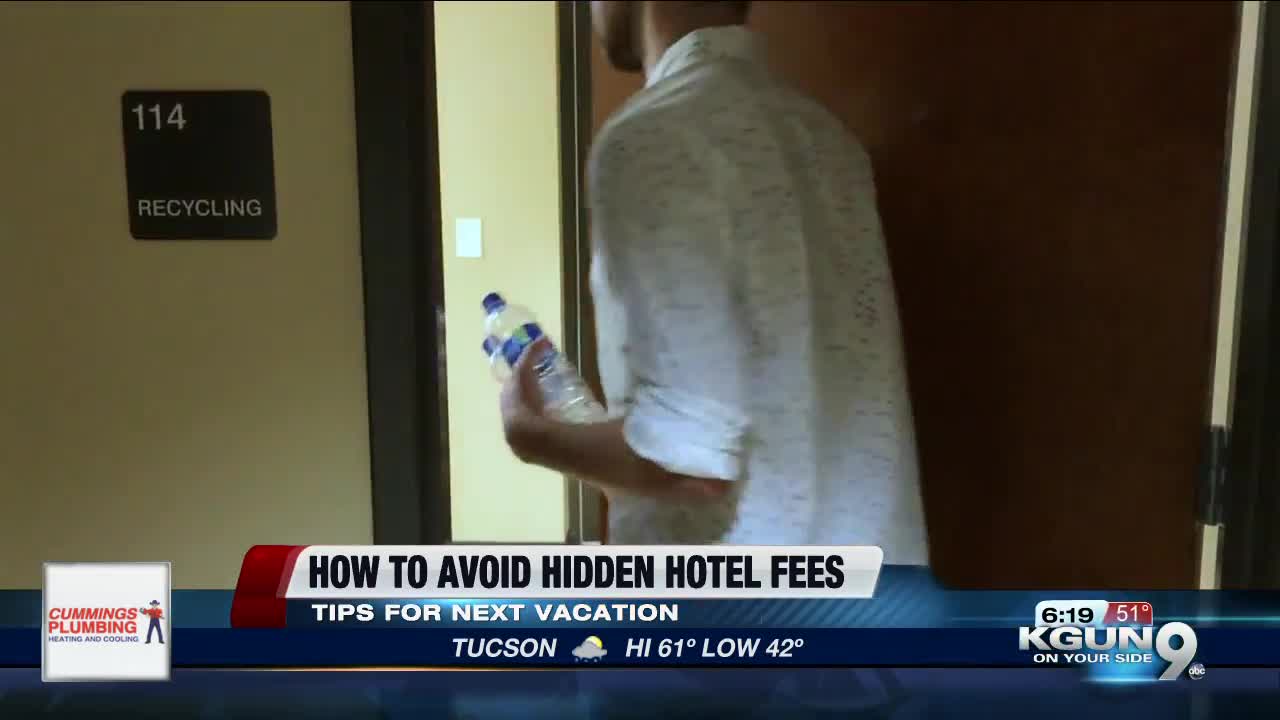 Nothing kills a vacation vibe faster than a hotel bill peppered with unexpected fees. When Consumer Reports asked readers about their experience with hotel fees, they were deluged with complaints about unexpected fees. But there are ways to avoid sneaky fees on your next trip.

TUCSON, Ariz. - Liz Gabay says after visiting her daughter at college, her hotel bill included an unexpected, daily charge for the in-room safe.

"It's totally sneaky," says Gabay. "If it costs extra for them to put a safe in your room, build that in. Let me know up front. I won't feel so taken advantage of."

Consumer Reports' readers shared hundreds of similar stories, complaining about the practice of hidden fees while traveling. Not only for the in-room safe, but also towel-fees, resort fees, and beach chair fees. Some hotels even charge recycling fees!

"Hotels know that consumers are shopping for hotel rooms by price," says Margot Gilman, Consumer Reports. "So they try to keep their advertised prices low, but then still make up the revenue on the back end, with fees."

So what's the best way to avoid sticker shock from unexpected hotel charges? Consumer Reports advises reaching out to the hotel directly. Particularly if you plan to book thru a third party. Ask about specific, additional charges - for anything other than the room and taxes. Plan on checking in early? Or checking out late? It may cost you extra. Parking fees can be another budget buster. Even in outdoor or unsecured lots.

"If you join a hotel loyalty program -- something a lot of hotels have -- you may find that some of the fees are waived," says Gilman.

And, don't be afraid to speak up. Like many of Consumer Reports' readers, when Liz Gabay complained she never even opened the safe, they took the charge off the bill, immediately.