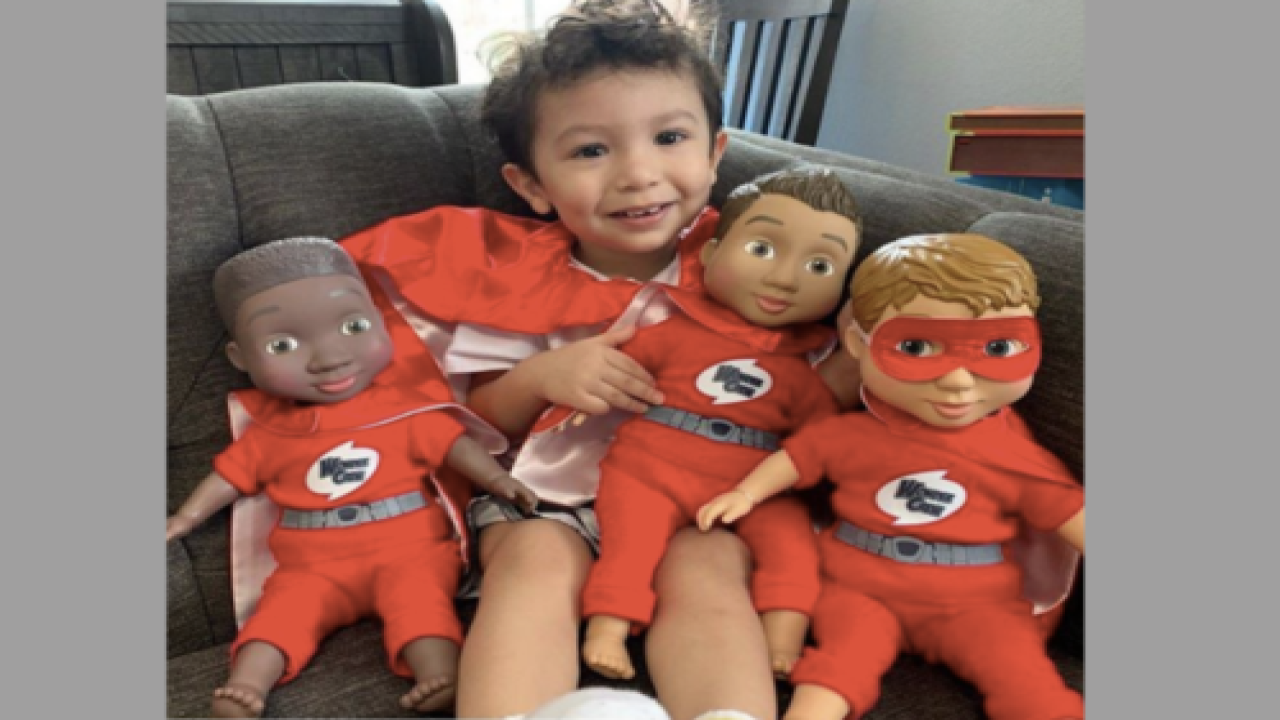 When Laurel Wider’s 4-year-old little boy came home from preschool and told his mom that “boys aren’t supposed to cry,” the psychotherapist was shocked. She thought she had been raising him to be more in tune with his emotions. However, this mom realized that our culture still places a stigma on how boys connect with their emotions.

“Boys grow up with cultural messages from early on that teach them that feelings and emotional connections make them weak,” Wider told WGBT in a 2015 interview. “I want to change that. I want to help redefine what it means to be strong.”

So, Wider created a line of toys to help crush those gender stereotypes. She named the line the Wonder Crew, and in this tweet from the company, you can see just how cute they are:

The Wonder Crew collection of dolls inspired by boys (but meant for any child) is meant to “bring the power of friendship into the world of boys’ play.”

Wider used her background in psychology to help develop the Wonder Crew collection.

“Studies show that strong relationships and the ability to connect emotionally are keys to happiness, health, and even career success,” according to Wonder Crew’s website. “Yet toys that encourage friendship and empathy are largely marketed to girls — sending the message to many boys that this kind of play is not for them. Until now.”

Each 15-inch-tall Wonder Crew doll includes a superhero cape and a mask for him to wear, along with a matching set for the child. There are a variety of dolls available in different skin tones and ethnicities to include all children — you can see a few of them in this Facebook post from Wonder Crew:

The collection of Wonder Crew dolls is sold through Amazon.

In addition to superheroes, there are also other costume kits for the kids and dolls, including a firefighter (shown in this post from Wonder Crew), a construction worker, an explorer, an astronaut and even a snuggler kit that comes with pajamas.

Wider said her role as a mom truly helped her tap into the creative energy needed to make this dream come true.

“My son was a large part of the inspiration behind Wonder Crew — being a mom has cued me into how susceptible kids are to various messages out there,” she told Mommikin. “Being a parent has inspired me to create change. Our tag line is ‘Go anywhere. Be anything,’ and my goal is to inspire this in children.”