McLaren is selling a $400 electric car for kids 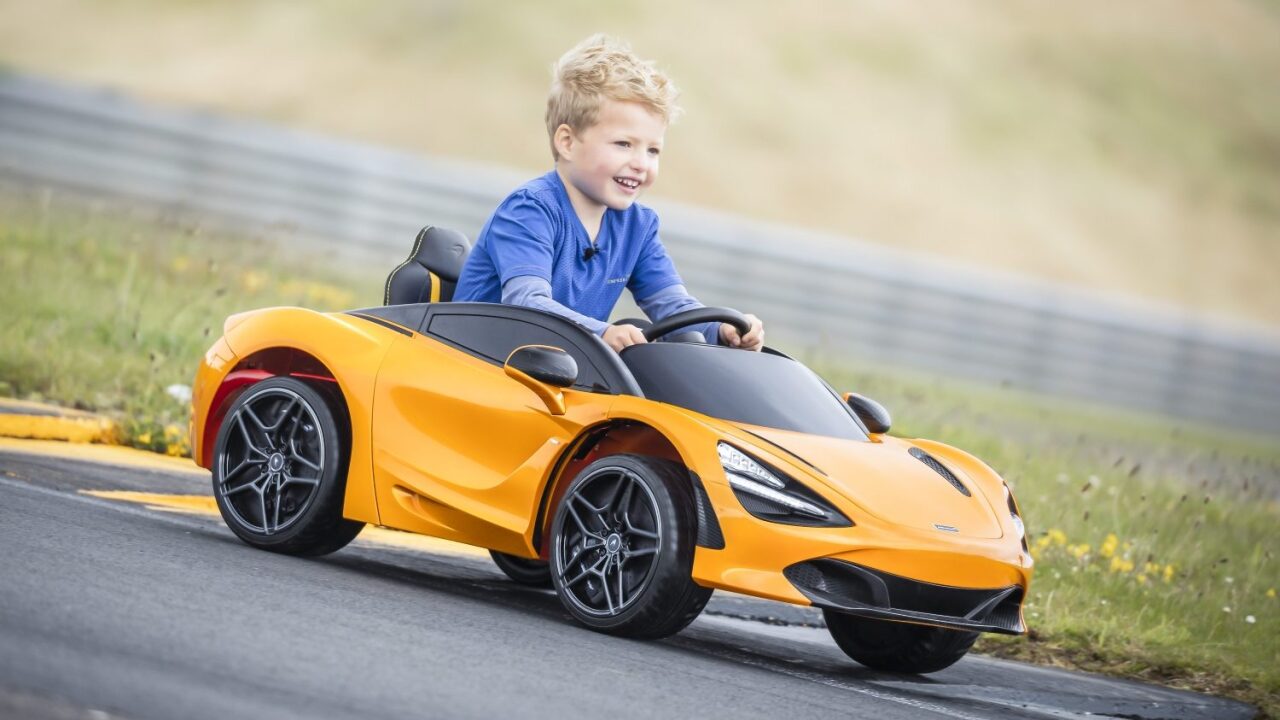 Kids of the 1980s and ’90s pleaded with their parents for Power Wheels — a pink Barbie convertible, perhaps, or a little red Jeep.

Today, mini motor enthusiasts can beg for smaller versions of big-name auto brands, and the automakers are happily getting in the game. Luxury sportscar brand McLaren just introduced their model 720S “Ride-On,” a car for kids that’s just as flashy as a grownup McLaren.

Designed for 3- to 6-year-old motorists, the Ride-On aims for authenticity. Turn the key in the “ignition” and engine sounds growl. The sounds also activate by pressing down on the accelerator. Just like full-size McLarens, the futuristic doors open at an upward angle. There are even brake lights and a dashboard display screen.

“Empowering this young new generation of enthusiasts with the unparalleled driver involvement that has made the McLaren sportscars and supercars from Woking, UK acclaimed around the world, the new ‘Ride-On’ takes the genre to the next level of McLaren authenticity,” the company said in a press release. “Now the McLaren 720S ‘Ride-On’ is set to become the talk of the playground by further embracing the McLaren ethos.”

Other features include an infotainment system compatible with USB devices and SD cards, meaning kids can sit in the car and watch a show or a movie. To avoid distracted driving that might result in outdoor accidents, a remote control allows caregivers to take charge of the vehicle.

The USB port also gives kids a chance to cruise to the tunes of their choice, though the Ride-On comes with a few kid-friendly songs pre-loaded.

The $400 price tag doesn’t seem too outrageous, especially when a full-size 720S can ring up at almost $400,000. Other kiddie cars with luxury hood ornaments are priced similarly: A little Lamborghini on Amazon sells for $389.00, and Sam’s Club offers an officially licensed Mercedes-Benz SUV for $299.00.

If you’re just dying to spoil a special kiddo in your life, this could be the gift you’re looking for. Be careful, though — if this miniature McLaren gives them a taste for the high life, your wallet could be in big trouble down the road!