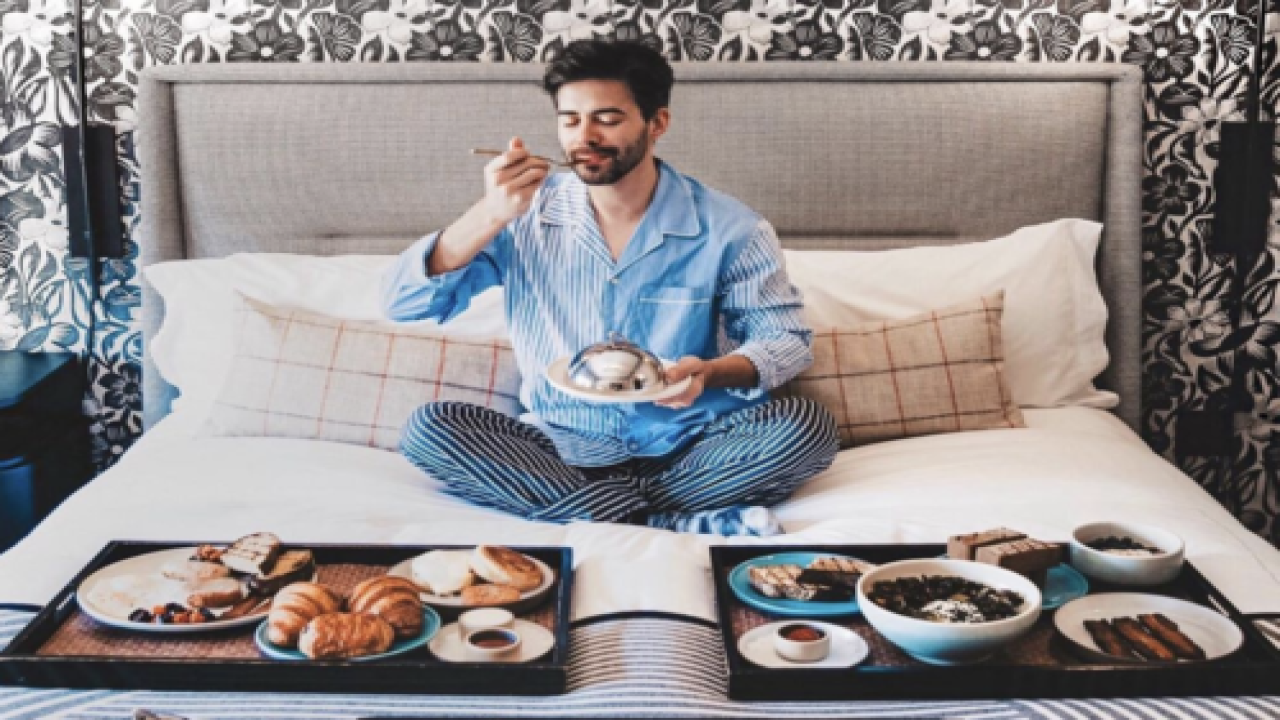 I love to sleep. I’m the type of person that has no problem passing up a party if it means I can catch a nap. London native Alex Shannon sounds a lot like me. The only difference between us is that he gets paid to snooze — and he does it in luxury hotels around the globe.

Shannon is the world’s first “sleep influencer,” and he documents his rest on his Instagram account, @followthenap, where he has more than 38,000 followers.

While the social media feeds of most travel influencers are filled with photos of amazing local eats, stunning natural beauty and the top attractions of their destinations, Shannon’s shots also show off beds with the finest linens as well as more unexpected spots where he has caught some shut-eye across the world.

Here he is enjoying a scrumptious-looking breakfast-in-bed spread at the San Francisco Proper Hotel:

This extra-large hammock in Tulum, Mexico looks like the best place to take a nap outdoors:

He took a siesta poolside on the Spanish island of Mallorca:

Ready for me to blow your mind? This ISN’T a photo of @therock ð¤¯ ðð»‍âï¸ðªð¼ #SleepingIsASport

Being the excellent sleeper that he is, the idea for @followthenap came to Shannon in a dream.

“I’m a really vivid dreamer so I keep a notebook next to my bed,” he told Insider. “One morning I woke up and I had written ‘Follow the Nap Instagram, sleep and travel’ and I was kind of like, ‘Oh, that’s an interesting idea.'”

He actually puts a lot of work into his Instagram feed — the hectic influencer lifestyle includes developing partnerships with hotels and other brands, hiring photographers for different locations, and setting up involved, day-long photo shoots. So it’s not nearly as relaxing as he makes it look.

Here he is at the Taj Dubai hotel:

Lest you think he spends all of his time fast asleep, Shannon also works a full-time job as editorial director for Barefoot Scientist in Los Angeles. He reportedly earned about $57,000 in 18 months from his side gig as a “sleep influencer.”

He loves that his unique influencer role allows him to travel to incredible destinations. He also derives a lot of fulfillment from the feedback he gets from his followers.

“This is going to sound so cheesy but what’s made it really nice is to have people sending me messages saying ‘your post really made me smile today’ or ‘that was so funny!'” he told Insider. “That part of it has been really wonderful.”

Shannon says he has yet to visit places like Greece, Asia, Australia, Iceland and Brazil. He’s definitely all about being creative wherever he does end up, though — this image is from the MOCO Museum in Amsterdam:

Finally got to showcase my art in a museum setting. ð´ Thank you @mocomuseum for believing in me. ðð¼

His captions often poke fun at the absurdity of globetrotting to document sleep.

“When I’m not getting the level of attention I deserve (literally always), I like to check in to @beverlywilshire for a few days in their luxury glamping tent,” he wrote in the caption of this post:

What a life! Are you jealous of his amazing gig?