A past, present and future look at AZ's wildfires 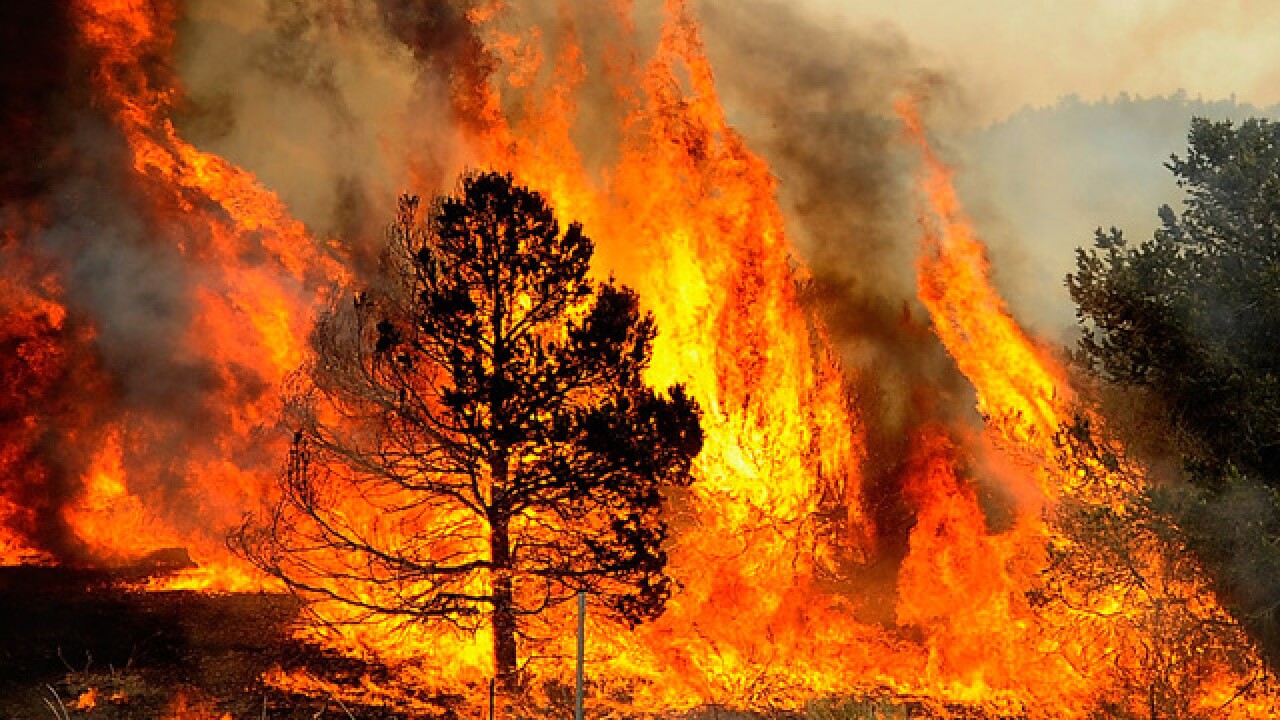 With an ominous outlook for the upcoming season and statistics that underscore the significance of wildfires in Arizona, we spoke with a state forester to better understand prevention efforts.

As Northwest District Manager Russ Shumate explained it, a majority of preventative efforts taken by firefighters are considered “mechanical,” in which a team comes in with heavy machinery and thins the overgrown area.

The aim of this process is not to stop a wildfire from occurring, but to prevent any future wildfires from getting out of hand and becoming “catastrophic.”

Interact with Shumate in the 360º video below to gain a better understanding of what firefighters do to prevent catastrophic wildfires.

In the video, Shumate recognizes three portions of the forest around him:

When a forest is properly thinned, a wildfire in that forest would be much easier to contain than one that has become overgrown.

Wildfires are not inherently bad or good occurrences, according to Shumate, they are just a necessary part of the ecosystem.

“Wildfires are critical to the Ponderosa Pine ecosystem,” said Shumate.

The first step to understanding wildfires in the state is to get a grasp on the numbers behind the flames.

Between 1990 and today, Arizona saw the biggest wildfire acreage burn in 2011, when 981,189 acres were destroyed (human-caused fires amounted to 92% of these acres).

To put that number in perspective, 2011’s wildfire burn acreage is similar to size of the Valley (approximately 988,184 acres).

The other pertinent aspect to these wildfire statistics, besides how many and how large they are, is comparing their causes.

The SWCC divides causes into two categories: “human-caused” and “lightning-caused.”

As seen in the charts, in 2015, 61% of fires were human-caused, while 39% were caused by lightning. The data from each cause (in both fire totals and acreage burned totals) fluctuates so much so, that it is difficult to draw any conclusions.

Using data acquired from the United States Geological Survey, we created a map showing some of the wildfires between 2011 and 2015.

Zoom in and click on each fire on the map below to see more detailed information, including its date and acres burned.

This map contains only 316 of the 7,933 fires from the aforementioned time frame (as the geodata from these 316 wildfires were the only fires that were immediately available).

Think about that for a second: every shape on this map only accounts for 4% of the fires between 2011 and 2015.