Humpback Whales Are Making A Comeback Around New York City 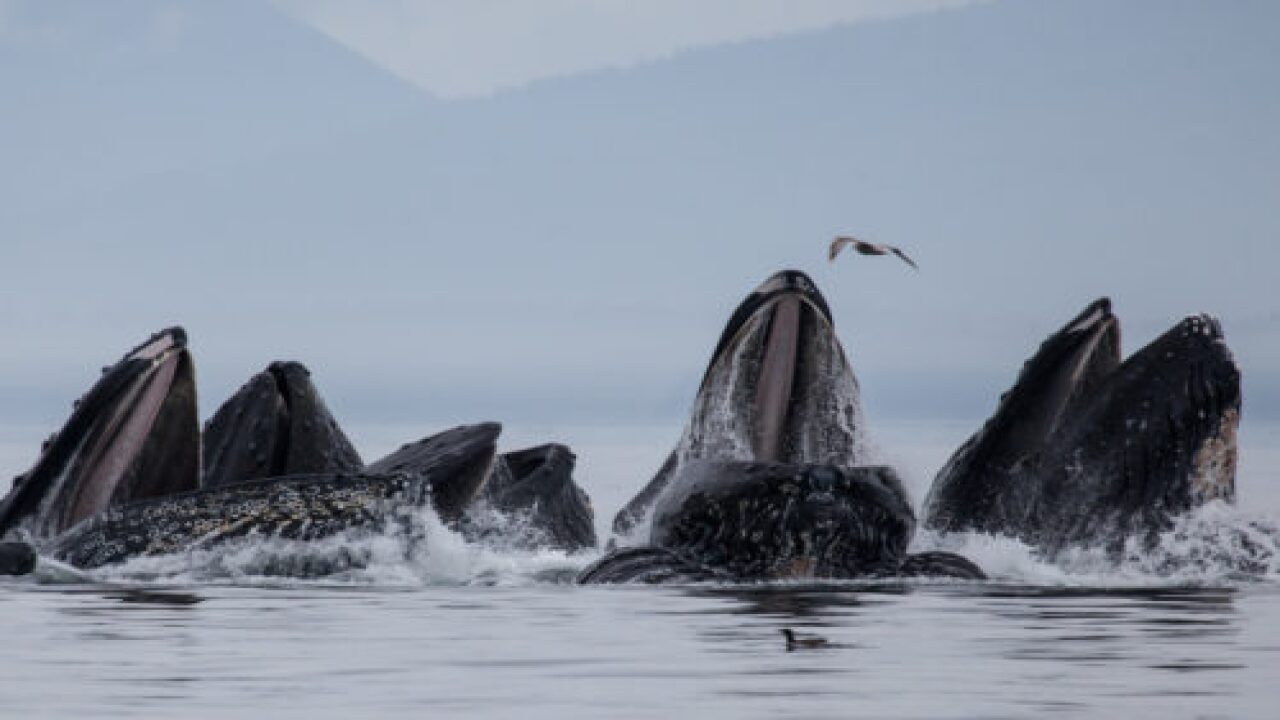 After years of few humpback whale sightings around New York, the city is seeing a surge of the aquatic mammals. In 2011, fewer than five humpback whales were spotted in the Hudson River, but there were more than 300 in 2019.

Their reappearance is likely due to cleaner waters. Thanks in part to the Clean Water Act, Mammal Protection Act and the Endangered Species Act, plankton levels have built back up, improving the food chain and ensuring the whales have steady access to good nutrition. In particular, the population of menhaden has grown following a cap on commercial fishing for the species. Menhaden are small, schooling fish that humpback whales love to eat.

“The Hudson River is much more clean than in the past, and so it’s bringing nutrients out rather than pollution,” Paul Sieswerda, president of research organization Gotham Whale, told WLNY.

Interestingly, Sieswarda points out, most of the returning whales are juveniles.

The whales are still facing adversity, though, as they are now swimming in waters very close to shipping lanes. Whales risk being struck by ships or getting entangled in shipping gear, in addition to other hazards posed by human interaction. The New York and New Jersey port is the busiest on the Eastern seaboard.

In August 2020, a whale got caught in a tangle of buoys and finishing line off the coast of New York City in the Ambrose Channel for several days. Luckily, the whale was eventually freed. This post from Basil Seggos of the New York State Department of Environmental Conservation announced the good news:

The public can report injured or entangled whales to the New York Marine Rescue Center’s 24-hour stranding hotline at 631-369-9829.

However, 28 humpback whale deaths occurred in the area of New York and New Jersey between 2016-2019, and a number of those showed signs of human-related trauma. Still, experts say, if governments and nonprofits work together to minimize the risk to whales, these types of incidents can be avoided, and the whales stand a chance of continuing to survive and thrive in the area.

“This is most likely going to continue, and we have to find a way to coexist with these large animals in our waters,” Danielle Brown, the lead humpback whale researcher with Gotham Whale and a doctoral student at Rutgers University, told NBC 4.

Here’s hoping the whales can make the Big Apple a safe and permanent home!