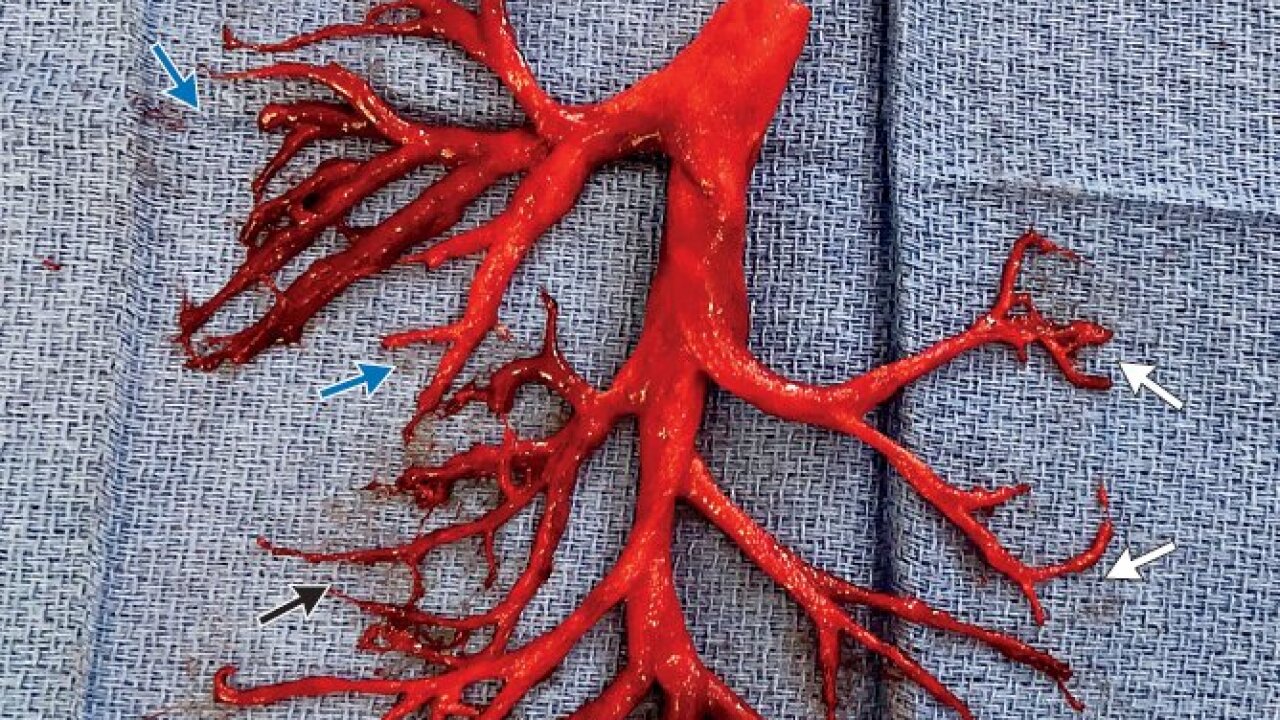 New England Journal of Medicine
A 36-year-old man who was suffering from chronic heart failure has died after a heart attack and, a week prior, coughing up a blood clot closely resembling the bronchial tree of his right lung.

SAN FRANCISCO-A 36-year-old man who was suffering from chronic heart failure shocked doctors when he coughed up a blood clot closely resembling the bronchial tree in his right lung in late November.

Georg Wieselthaler, a transplant and pulmonary surgeon at the University of California at San Francisco told the Atlantic: “We were astonished. It’s a curiosity you can’t imagine—I mean, this is very, very, very rare.”

Per the New England Journal of Medicine, the man was an ICU patient at the University of San Francisco Medical Center being treated for end-stage heart failure.

A 36-year-old man was admitted to the ICU with an acute exacerbation of chronic #heartfailure. After a ventricular assist device was placed & anticoagulation therapy initiated, hemoptysis developed, and he expectorated a cast of the right bronchial tree. https://t.co/QfqeqwWzXt pic.twitter.com/nXW201rjCT

During the week of the patient's hospitalization, the man had periodic episodes of coughing, consisting of blood and mucus. These progressed to one extreme coughing fit, in which the man suddenly expelled the unusual clot.

After being supplied oxygen via a tube, the man's coughing ceased two days later, leading to the removal of the tube. Unfortunately, though the coughing ceased, his health took a turn for the worse.

Despite the doctor's best efforts and the assistance of a ventrical device, the man died from heart failure a week later.

The source of information in this article has been provided largely in part to an article in the New England Journal of Medicine.