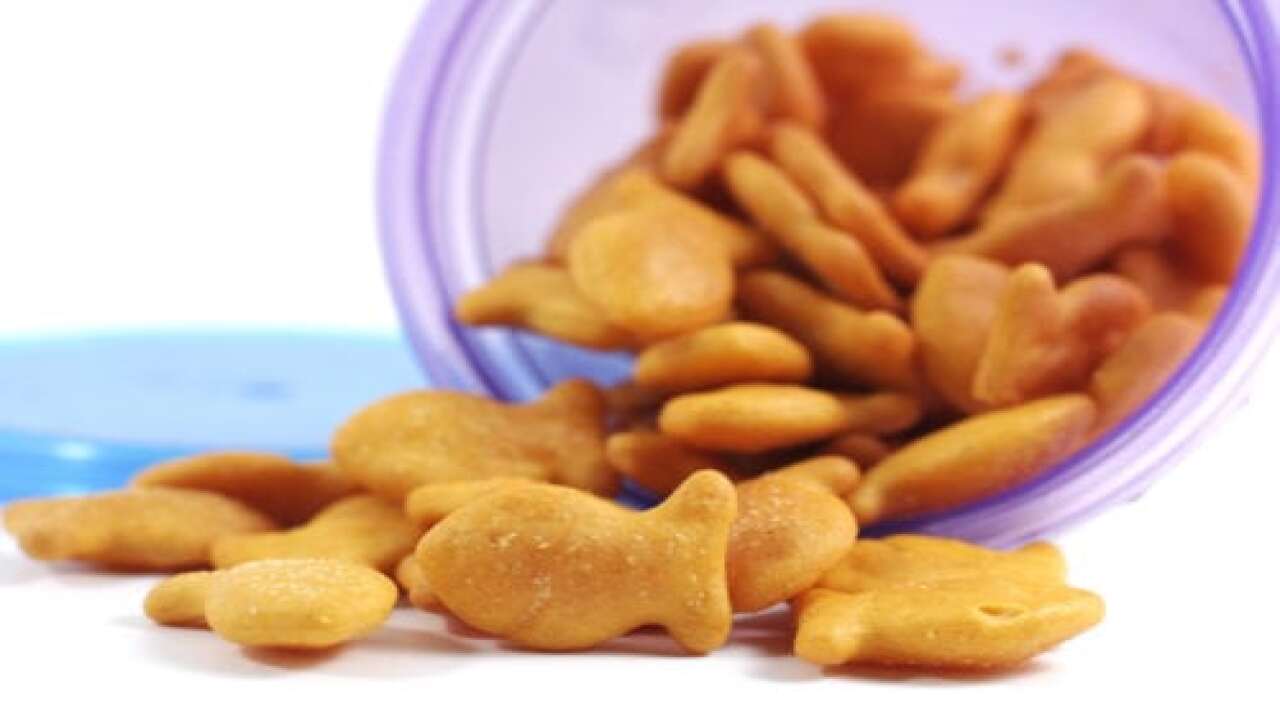 The products and services mentioned below were selected independent of sales and advertising. However, Simplemost may receive a small commission from the purchase of any products or services through an affiliate link to the retailer's website.

If you’re a parent, aunt or uncle, have friends with children or just ever tried to get a child to eat, you’ve likely discovered that many of them are not fans of vegetables.

Sure, some kids are the exception and would choose veggies over not-so-nutritious snacks, but for the most part? You’re going to struggle to get them to finish the healthy stuff on their plate.

Come next year, however, one snack beloved by kids (and adults!) is launching a new product that will help you add some veggies into your kids’ diets — without them even knowing. For the first time ever, Pepperidge Farms is adding a veggie spin to their classic Goldfish crackers with brand new Goldfish Veggie crackers!

You’ll find two varieties of Goldfish Veggie crackers — cheesy tomato and sweet carrot — both with one-third serving of veggies per serving. The crackers will be available at select grocers including Kroger, Walmart and Publix starting January 2020. This limited release will be followed by a nationwide rollout in March 2020.

And don’t worry if you still want the normal Goldfish without hidden veggies — they’ll still be around too!

The new Goldfish crackers are not the first food to jump on this “hidden veggie” trend. From cauliflower pizza at Chuck E. Cheese to chicken nuggets and even ketchup, there’s a surprising number of foods that will now give you a boost of vegetables.

If your kiddos are chicken nugget fans, Perdue’s Chicken Plus nuggets blend cauliflower and chickpeas for 1/4 cup of veggies per serving. Made with 100 percent all-natural ingredients and antibiotic-free chicken, the nuggets are also shaped like dinosaurs so it may be easier to get your kids to eat them!

For an added veggie boost, you can serve the nuggets with Heinz’s veggie ketchup. Veteran-owned True Made Foods also has no-sugar-added veggie ketchup, which they’ve been making since 2015. You can find it at Walmart and on Amazon.

Will you be picking up some Goldfish Veggie crackers or any of these other hidden veggies foods for your little one?