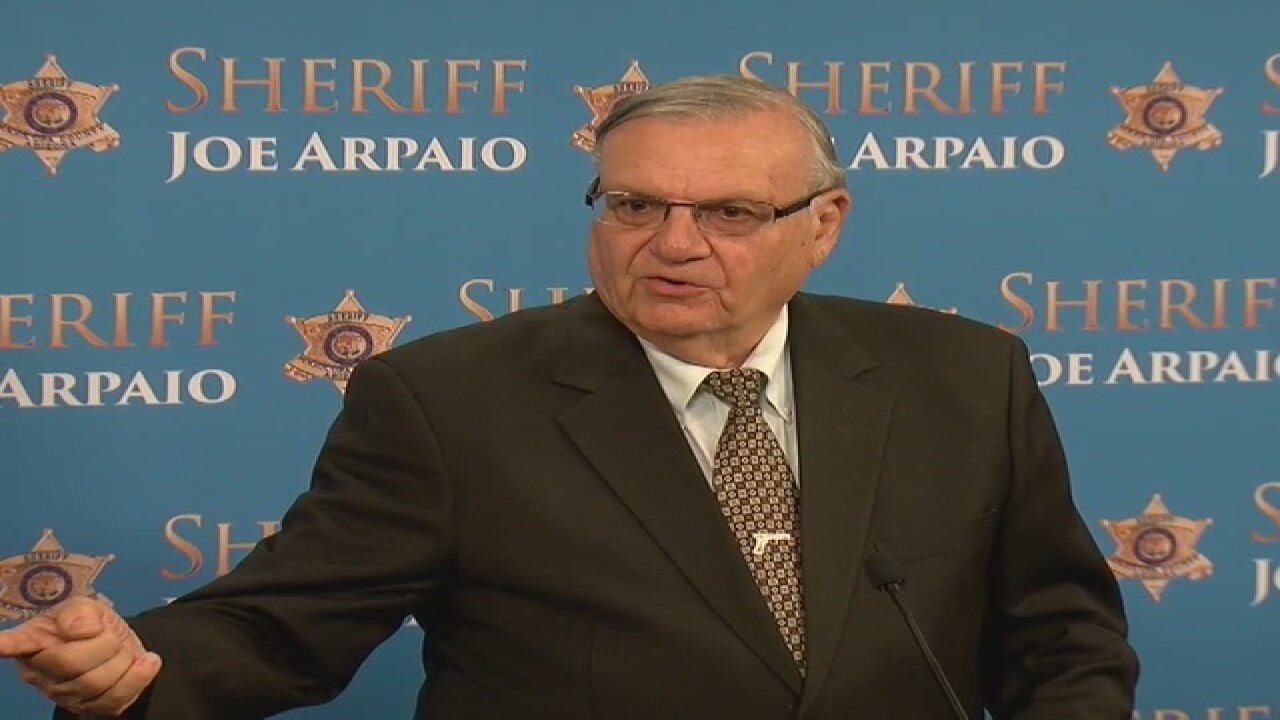 Former Maricopa County Sheriff Joe Arpaio announced Sunday he will run for his 7th term as Sheriff in 2020.

In a press release, Arpaio said, "On this day, August 25, 2019, after consultation and approval from my wife of 61 years, Ava, I have decided to run to be re-elected Sheriff," said Sheriff Arpaio. "Watch out world! We are back!"

Arpaio had previously served in office from January 1, 1993 until December 31, 2016, according to the release. His 24 years in office made him the longest serving Sheriff in Maricopa County history.

Arpaio noted the significance of the announcement being made on August 25. This is the same date President Trump pardoned him on a misdemeanor charge filed by the President Obama administration.

Arpaio said if re-elected, he will re-open Tent City and re-institute the Sheriff's posse

"The last four years have proven to be a time of lost opportunities to continue the kind of tough policing this county needs," said Arpaio. "Once back in office, I will use my position to restore pride to our law enforcement ranks, not only here, in the fourth-largest county in America, but across the country."

The current Sheriff, Paul Penzone, defeated Arpaio as the democratic opposition in the 2016 election.