Uncharted: The Lost Legacy is like the bonus tracks on a really successful album. Pound for pound, it’s in the upper echelon when comparing it to the greatest pieces of downloadable content in gaming history. Like the previous entries in the series, the writing is impeccable, the characters are memorable, the visuals are stunning, and the sense of adventure is jaw-dropping. The Lost Legacy simply extends that near-perfect track list that’s still just as soothing to your earholes as the original record, making it’s steep $40 price point feel deserved. 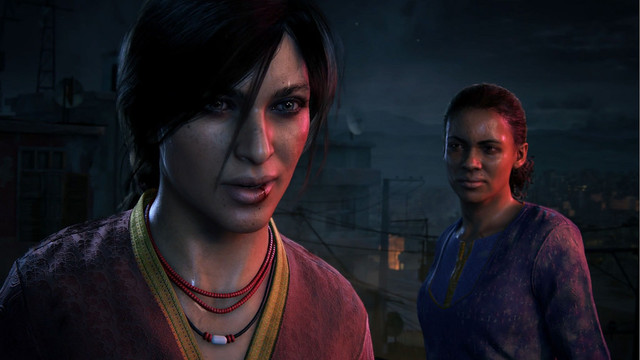 Despite being the only entry without the series’ main protagonist, Nathan Drake, The Lost Legacy easily fills any void his presence left. The game features the franchise's past characters Chloe Frazer (Uncharted 2: Among Thieves and Uncharted 3: Drake’s Deception) and Nadine Ross (Uncharted 4: A Thief's End) who seek the Tusk of Ganesh in the mountains of India in the midst of civil war.

As the adventure unfolds, the player learns how the two came to be together as partners, as well as their separate motivations for why they are seeking the treasure. While it’s not the best Uncharted story by a longshot, there are several memorable moments and surprises that I did not expect. 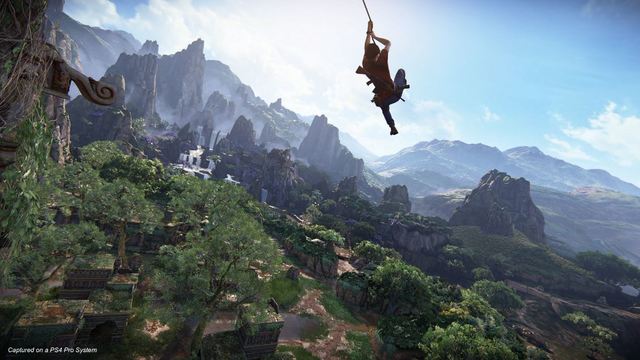 The gameplay is more of a greatest hits without any new addition. While each game leading up to this have added mechanics including stealth sequences, throwing grenades back at enemies, and the grapple hook, The Lost Legacy’s new additions are minor. There is now the ability to pick locks (which is very boring) and use silenced weapons (which I hardly found).

In the second act, the game takes you to the Western Ghats mountain range. It’s a gorgeous area to explore but there’s not much to do besides find a few collectables. I found this to be an impressive feat and wonder what an open-world game from this developer could be, but it is an Uncharted game, so the nonlinearity had me confused on what to do and forget what was happening in the story. I feel the strength of these games has always been the linearity with a combination of smooth gameplay followed by an impressive movie-like cut scene that’ll fool your Dad into thinking you’re watching an action flick. 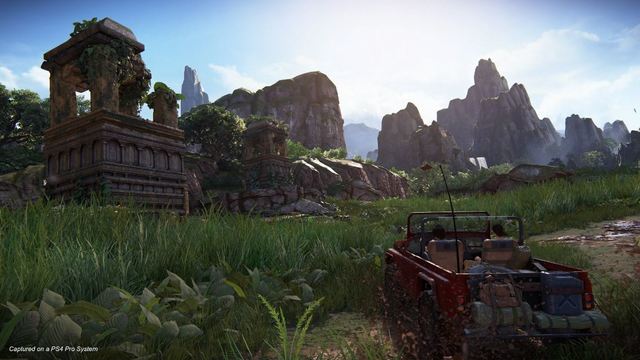 The Lost Legacy teeters on being a full fledged game rather than DLC, and that level of ambition is more of a detriment. It feels like as much love was put into it as any other entry in the series, which makes it’s faults stand out even more. This is far more than a budget version of Uncharted. If anything, Naughty Dog feels like they’re showing off what they can do with something considered to be DLC. I completed The Lost Legacy in roughly 8 hours and do plan on going back to find a few collectibles that I missed. It was a pleasure to dive back into this world and catch up with these awesome characters, and it may very well be a long time until we see any of them again.