Splatoon 2 adds to an already impressive lineup of first party titles for the Nintendo Switch. It comes off as a shooter catered towards younger audiences with its easy to understand game modes and kid-like art style, but after jumping immediately into an online match instead of getting my feet wet (or this case inked?), I discovered that this third-person shooter has far more depth and strategy than I could have anticipated.

First and foremost, Splatoon 2’s biggest strength is its slick movement mechanics. Players use characters known as inklings that can alternate between humanoid and squid form. Movement centers around shooting your inklings brightly colored ink. Upon shooting ink in your desired path, switching to squid form enables you to traverse rapidly across platforms. Though swimming through ink is a quick process, the amount of control you have over your speed feels completely natural. Similar to how jumping felt the first time you played Super Mario Bros., it just feels right. 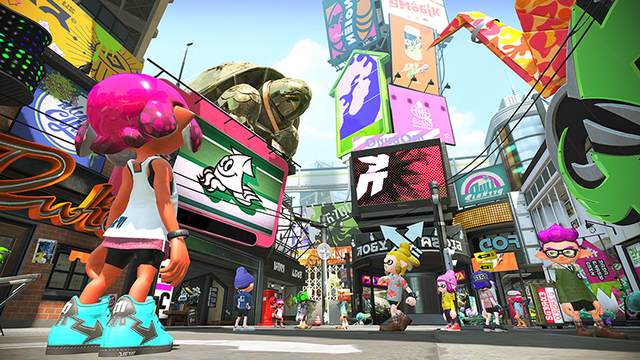 The shining star of Splatoon 2 is its online mode. Players can interact with each other in the adorable town of “Inkopolis” that acts as the main hub world for the online community. This is where you can upgrade weapons, buy new squid swag, and enter multiplayer battles. The same competitive game modes from the first game are back, as well a new co-op mode called Salmon Run. If you dive head first into online mode, I beg you to “reconsquider”. Becoming good at this game takes a lot of practice, and veteran players will swim circles around you. Learning the ropes from higher level opponents would be helpful, but with how Nintendo currently makes it difficult to communicate online with its archaic friend request system and online chat functionality, I felt like I’d instead check out the campaign and learn on my own.

The single player mode isn’t something to sleep on. While most will likely not complete it, there are some truly gratifying boss battles featured in it. You play as a character known as Agent 4 who is investigating the disappearance of the Great Zapfish and returning character Callie. As Agent 4, you make your way through Octo Canyon, fighting the evil Octarians in five different worlds, each ending with a boss battle that’s even better than the previous. While it’s not a very layered story, each level has various puzzles, enemy types, and hidden items that kept me coming back for more. 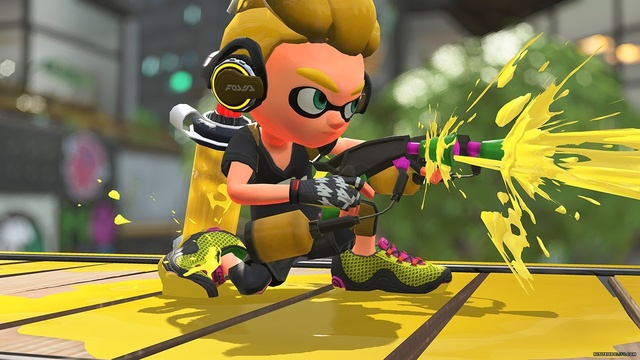 Splatoon 2 captures the same addictive quality you come to expect from a Nintendo first party title. After experiencing so many by-the-numbers shooters over the years, this was the perfect palate cleanser. Its first-class movement mechanics, sense of style and level of depth in its multiplayer make it an easy game to jump into and instantly fall in love with.