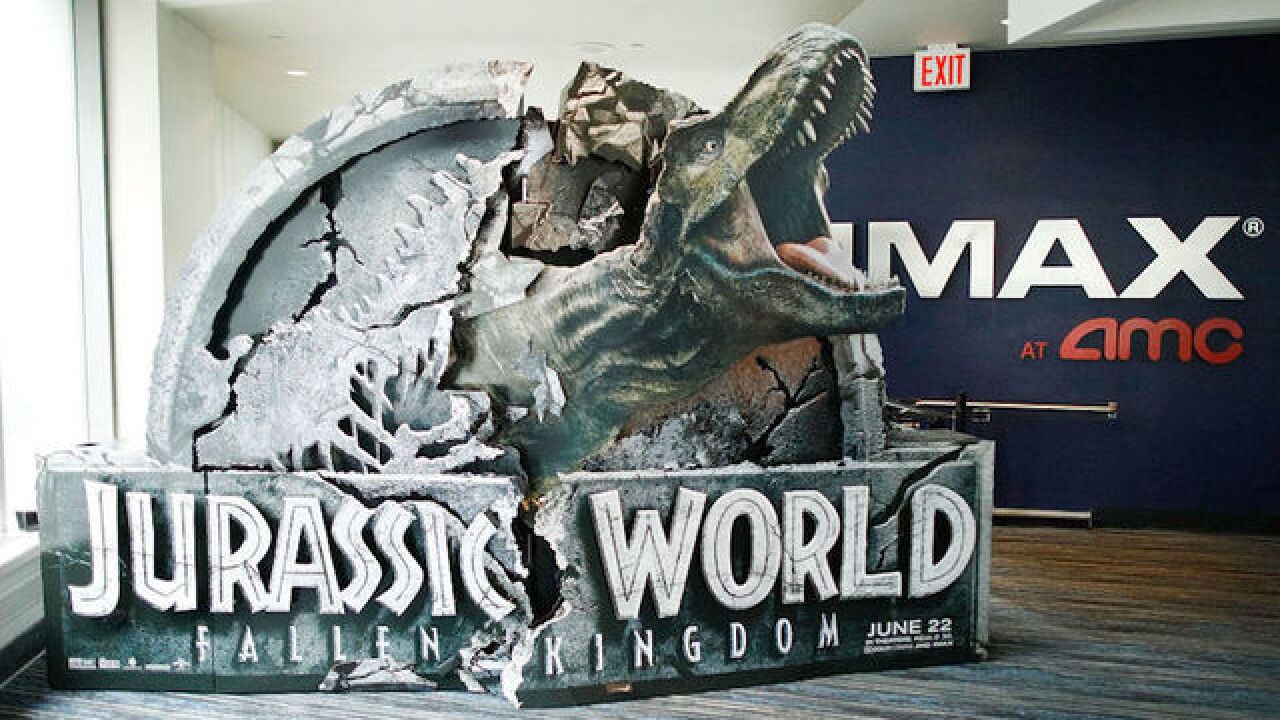 Superheroes have come to the rescue of the US box office.

The year's box office profits are up 6% from this time last year, thanks in part to the record-smashing hits "Avengers: Infinity War," "Black Panther" and "Incredibles 2."

Now it's up to a pack of genetically-engineered dinosaurs in "Jurassic World: Fallen Kingdom" to keep the summer box office momentum going.

The Universal Pictures creature feature is the sequel to 2015's "Jurassic World" -- a film that introduced a new generation of moviegoers to the "Jurassic Park" franchise 14 years after the original trilogy was completed. "Jurassic World" is now the fifth highest-grossing film of all time globally.

Analysts are projecting that "Fallen Kingdom" will rake in around $144 million in its opening weekend, following a $58.7 million opening day on Friday. That would add to the $430 million the film has already made internationally since opening overseas earlier this month.

If "Fallen Kingdom" brings in more than $141 million this weekend, it will make more than the combined total of the 105 films that were in theaters on the corresponding weekend last year, according to comScore data.

"Anytime the box office is up more than 5%, it's a real-world gain and not just the product of inflation," said Paul Dergarabedian, senior media analyst at comScore.

Two films in particular have given 2018 a boost: The profits for "Black Panther" and "Avengers: Infinity War" combined makes up nearly a quarter of the year's totals, according to Dergarabedian.

"2018 has been pretty consistent month to month with more hits than misses," he said.

January, a historically sluggish box office month, was down less than 1% from the year before thanks to the success of holiday films such as "Jumanji: Welcome to the Jungle" and "The Greatest Showman," both of which were released in December, but continued to do well in January. The box office held steady in February with the release of "Black Panther."

After a stagnant 2017 summer box office, which was the worst in over a decade , this summer's windfall has given studios a much needed relief.

Late April's "Infinity War" broke multiple records before going on to become the first film released outside of December to make $2 billion worldwide . After "Deadpool 2's" strong return, the summer stumbled with "Solo: A Star Wars Story." The box office then rebounded with "Ocean's 8" and Pixar's "Incredibles 2," which had the biggest opening for an animated film ever .

For the most part, 2018 has avoided major bombs. Even the two films that were arguably 2018's biggest disappointments, "February's "A Wrinkle In Time" and "Solo," still made more than $100 million each domestically. Both are also from Disney, the studio that also has the two highest-grossing movies of the year.

"Fallen Kingdom" looks to keep the yearly box office roaring along until a pair of sequels due next month, "Ant-Man and the Wasp" and "Mission: Impossible - Fallout." After that, a eclectic mix of potential blockbusters such as "Mary Poppins Returns" and Oscar contenders like "A Star Is Born" should highlight the second half of 2018.